Manvi Gagroo today is a well-known and established name in the film and web industry purely based on her talent and acting skills. The diva comes from a no filmy family background and made her name in the entertainment world.  She has garnered many praises and appreciations for her role in Shubh Mangal Zyada Saavdhan and web series like Fur More Shots Please! That also stars actresses Kirti Kulhari, Bani J, and Sayani Gupta in a pivotal role. 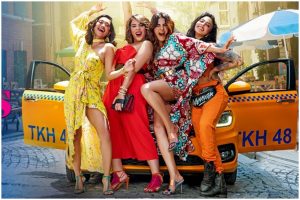 However, despite being a known name and face Manvi Gagroo had to go through a casting couch experience. Talking to Koimoi the actress revealed the incident which took place a year ago before her web series Four More Shots Please! A random man had called her and asked her to compromise.

“A year ago, I got a call from a random unknown number. They were like ‘we’re doing a web series and we wanted to cast you.’ They told me the budget and I said, ‘nai nai yaar, this is too less and why are we talking about the budget? Tell me the script, only if I’m interested and you are interested in roping me, we can discuss about money, dates and all.’ So he’s like ‘we’re asking people if they are okay with the budget.’ When I said ‘nahi, it’s less’, he tripled the budget just in his next sentence. He said, ‘I can give you this much also, but aapko ‘compro’ (compromise) karna padega.” 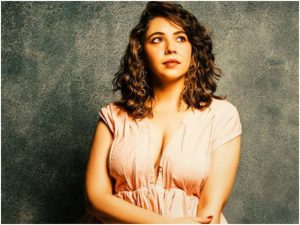 The actress continued further and added, “This words ‘compro’, ‘compromise’ I was hearing after 7, 8 years. Suddenly I don’t know what triggered me, I started abusing him. Told him ‘aap phone rakho, how dare you? Mai police ko complaint kar rahi hu’. I was really mad because in this pro imposed #MeToo era, I was baffled at how things like this still happen,” Manvi told to Koimoi.