Rajat Bedi has worked in many films mostly playing the antagonist opposite famous Bollywood stars. One of the most remembered characters of his was in Koi Mil Gaya that starred Hrithik Roshan in the lead role. However, Rajat has been away from the limelight for quite a few years now but is now making the headlines allegedly for wrong reasons. As per the report in Mid Day, an FIR has been registered against the actor for reportedly hitting the man with his car. The victim is a 39-year-old man and is a resident of DN Nagar in Mumbai. The man was allegedly coming from work when the incident took place. 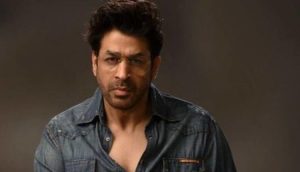 The report also stated that Rajat Bedi took the victim named Rajesh Ramsingh Doot to the Cooper Hospital. The man is currently in a very critical state and Rajat Bedi is constantly in touch with the victim’s family. According to Filmi Beat, a senior police officer Milind Kurde at DN Nagar Police station revealed to a publication that an FIR has been registered against the actor under the Motor Vehicles Act and the other relevant sections of the IPC.

The police officer revealed about the victim stating, “His condition is too critical, as he sustained head injuries. He is in the ICU and on oxygen support. He urgently needs blood.” ANI’s tweet on the alleged accident also read as, “Case registered against actor Rajat Bedi in DN Nagar PS for allegedly hitting a person with his car in Andheri area The actor brought the injured to Cooper hospital, where he (actor) told he had hit the victim with his car. Victim admitted to hospital: DN Nagar police.”