Kriti Sanon announced the first look of her upcoming family entertaining drama ‘Mimi’, with the tagline“Nothing like what you’re expecting!”. She shared the picture of the poster on her Instagram captioning it “This July, expect the extraordinary from the ordinary! Stay tuned.” 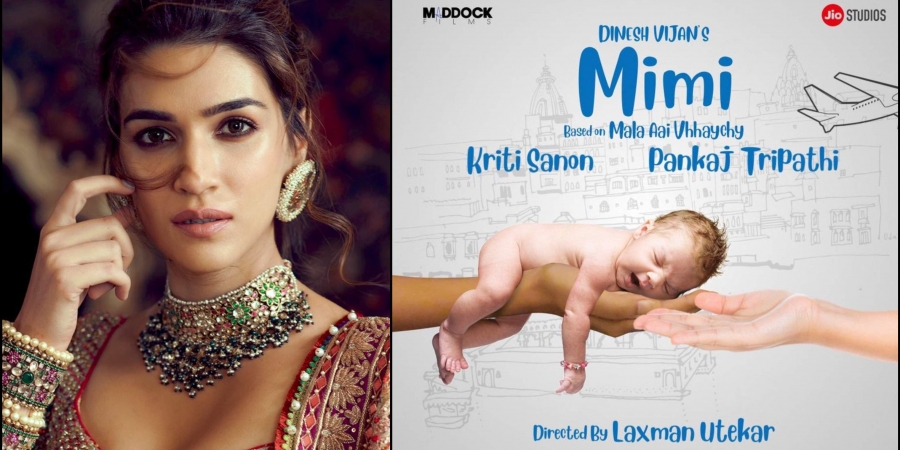 Jio Studios’ Mimi reunites Kriti Sanon together along with her Luka Chuppi director Laxman Utekar, and co-actor Pankaj Tripathi. Tripathi and Sanon have in advance a shared screen space in Luka Chuppi and Bareilly ki Barfi. The film’s major plotline is reportedly focused on surrogacy. Earlier, at the same time as talking with PTI, Sanon clarified that Mimi isn’t going to be a serious, preachy film on the subject.

She said, “It’s not preachy or serious. It’s not like you are going to watch a film on surrogacy and it’s going to be a documentary film. It’s a very entertaining film, filled with humor, and a lot of ups and downs. There’s a beautiful graph of the woman I am playing, Mimi, where she wants to be an actress.”

Besides Mimi, Kriti Sanon has Bachchan Pandey, Bhediya, and Adipurush in her bag.