Recently, Bollywood actress gorgeous Katrina Kaif shared a video with her co-star, Dhairya Karwa from their shoot, her fans went crazy and said that her baby is only Vicky Kushal and not Dhairya. One of the cutest couples of Bollywood, Katrina Kaif, and Vicky Kaushal had tied the knot on December 9, 2021. Ever since the couple is sharing every moment of their pretty journey of being together. 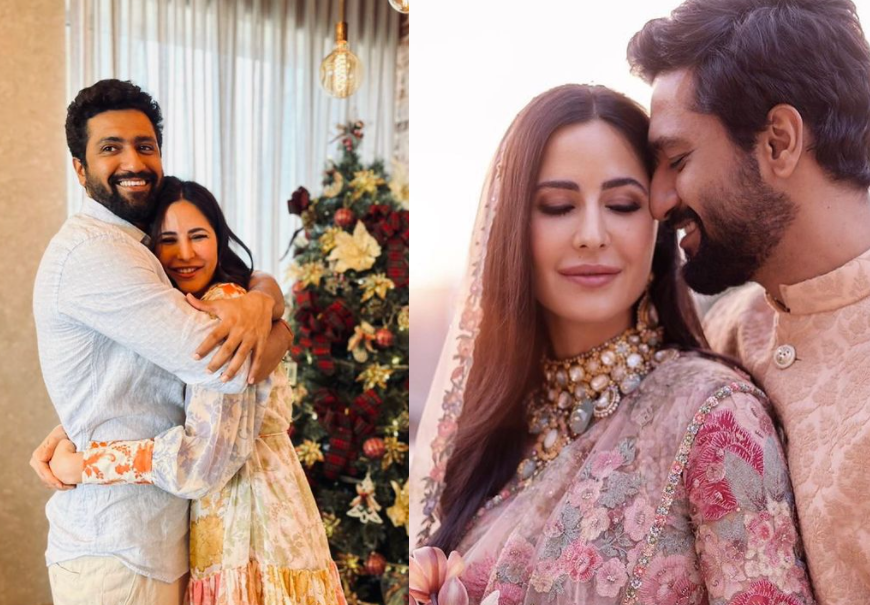 The couple has been sharing glimpses from their newly married life, and their huge fan base pouring love on them. In spite of being newlyweds, both the Bollywood actors are super busy with their work. Katrina and Vicky never lose a chance to spend time with each other. On Valentine’s Day, Katrina Kaif had taken a post on her Instagram handle and had dropped some gooey pictures with her husband, Vicky Kaushal. 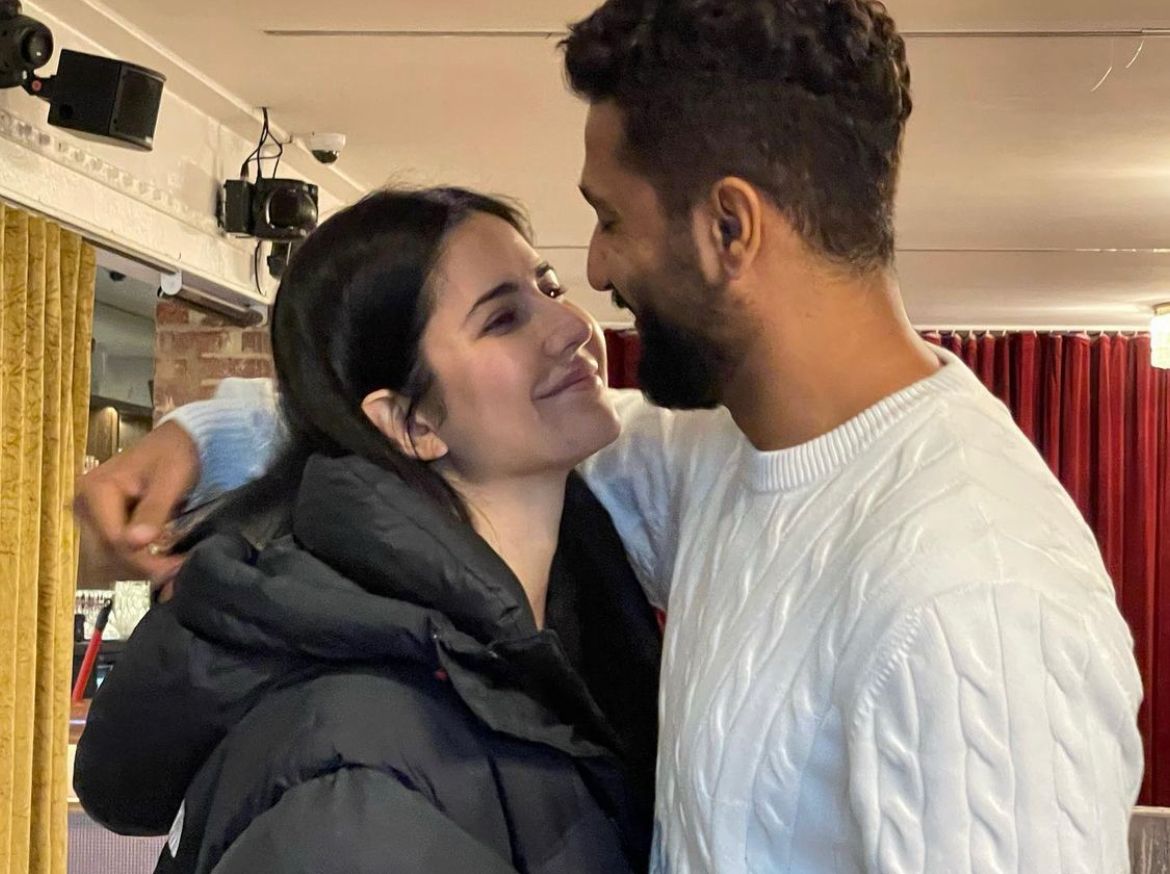 One picture had shown the couple hugging each other passionately, another one, Vicky Kaushal had kissed Katrina on her forehead. Although, in the third one, Vicky and Katrina were lost in each other’s eyes. Alongside pictures, she had written a loving note as: “We may not have been able to have the romantic dinners this year, but u make the difficult moments better and that’s what matters.” 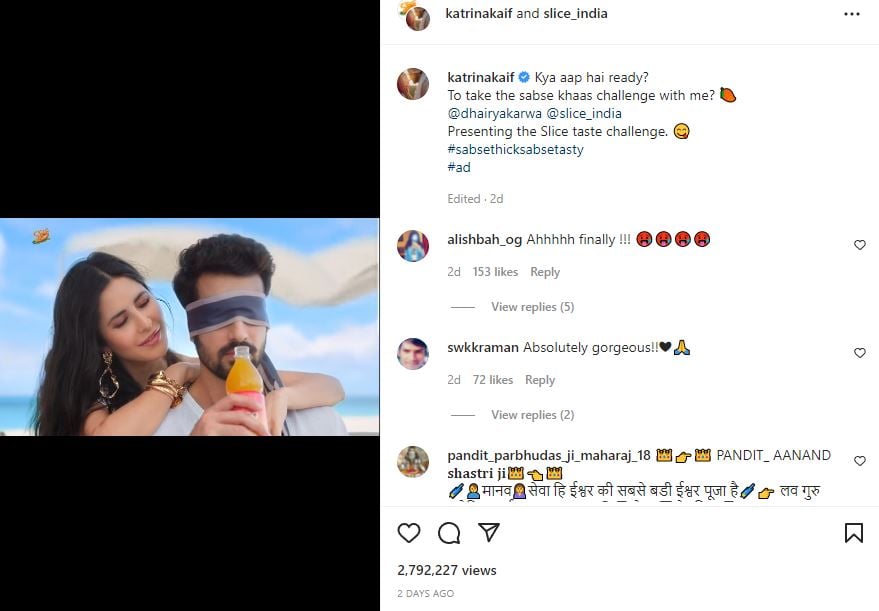 On March 9, 2022, Katrina Kaif shared a post on her Instagram handle and shared a video of her new advertisement with Slice India, co-starring Dhairya Karwa. In the video, Katrina Kaif was seen calling Dhairya ‘baby’ while they were performing in some gooey scenes. Although, once she shared the video, netizens started pouring the comment section by asking her about her hubby, Vicky Kaushal. 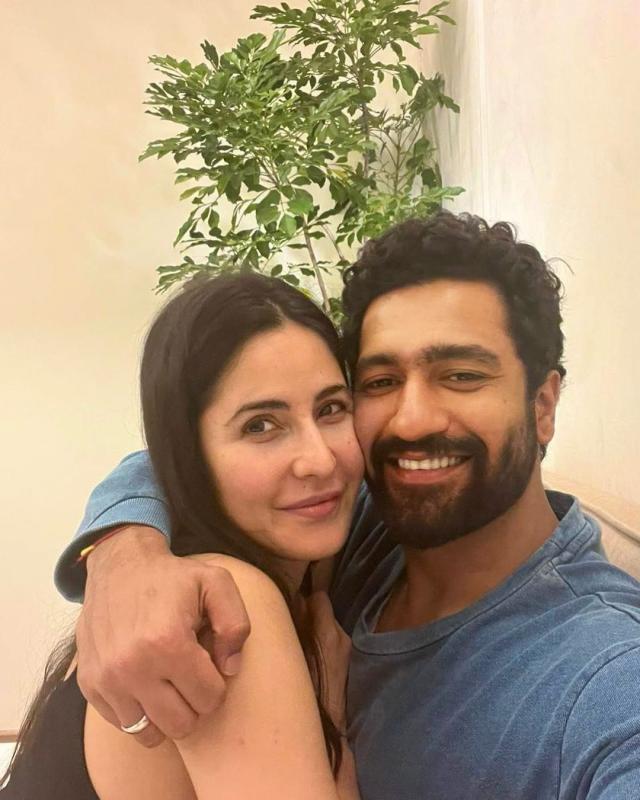 On March 8, 2022, when the whole world was celebrating the women in their life, Vicky had grasped the chance to shower love on the main ladies of his life.  He had shared a picture of Katrina sitting on her mother-in-law’s lap. She looked lovable wearing a red printed suit, while her saasu-maa hugged her sweetly.  Along with it, he had written: “My strength. My world.” 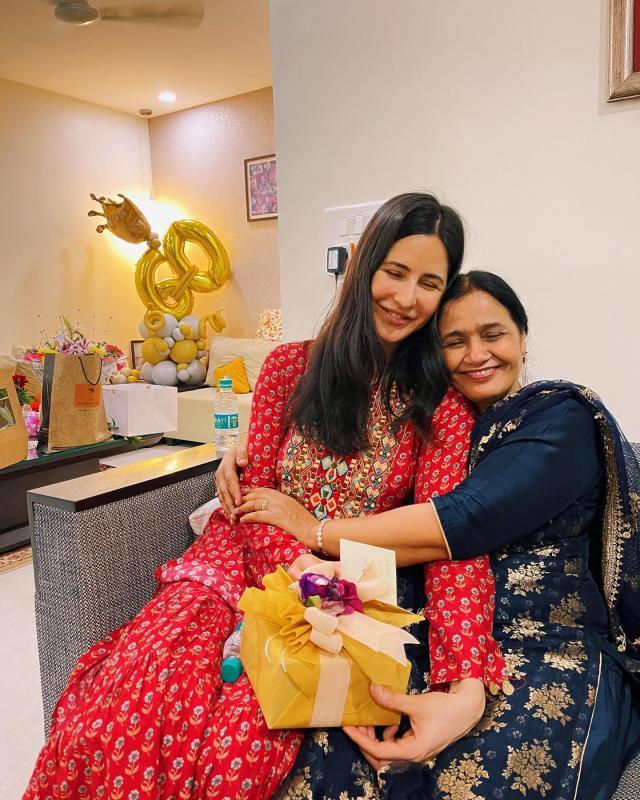