Katrina Kaif Had Once Lashed Out At An Air Hostess For Waking Her Up And Asked To Fasten Her Seat Belt; Checkout The Whole Story

We often see our favourite filmstar positioning a very calm and composed demeanor every time we spot them at a public place.  But do you also wonder if they are always so perfect? Well, not really as everyone is human and they too lost their cool sometimes. In the year 2012, when Katrina Kaif had just become a hit after giving a blockbuster Namastey London Katrina had reportedly misbehaved with an air hostess. Apparently, in a flight when the air hostess approached the actress to wake her up and urge her to fasten her seat belt, Katrina lost her cool. 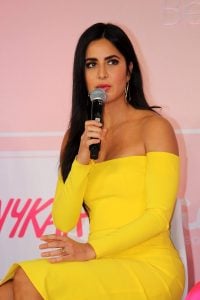 According to cosmopolitan, an air hostess had touched the actress to wake her up and ask her to fasten her seat belt but that didn’t go well with the actress. “Once my roomie told me about her flight experience with Katrina Kaif, and it’s really not good. She is not so friendly. My roomie is an air hostess with Jet Airways. She said whenever Katrina boards a flight, she sits with her manager, and she doesn’t talk to anyone, and that her manager speaks on her behalf.” 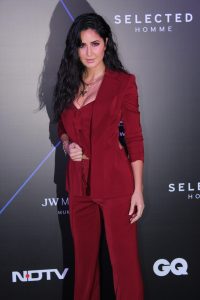 The source continued further and added, “Once Katrina lashed out at an air hostess, just because she was woken up from her sleep, and asked to fasten her seatbelt. She said ‘How dare you to touch me? You are just an air hostess, the salary you earn is just a small amount, which I spend in one day blah blah!!’ The crew was shocked and surprised by this. She was also blacklisted from Jet Airways for her rude behaviour towards the staff. Even though she is a celebrity, this is not the way to talk to anyone. She doesn’t even allow people to take pictures or give autographs to her fans.”