Recently, two darling pictures of Kareena Kapoor Khan’s baby Taimur Ali Khan were posted on her Instagram stories on July 12, 2022, and they are simply too cute to ignore. Kareena Kapoor Khan, a Bollywood actress, has been treating us to some bizarre views from her idyllic family vacation in London. The actress is enjoying spending time with her family, which also includes her husband Saif Ali Khan, their children Taimur and Jehangir, and their dog.

Their vacation is making their admirers hanker after travel as pictures and videos circulating online. Kareena Kapoor Khan, her husband Saif Ali Khan, and their older son Taimur Ali Khan attended the Rolling Stones concert in London on June 26, 2022. Bebo uploaded two photographs from the event on her Instagram stories before leaving for the event. 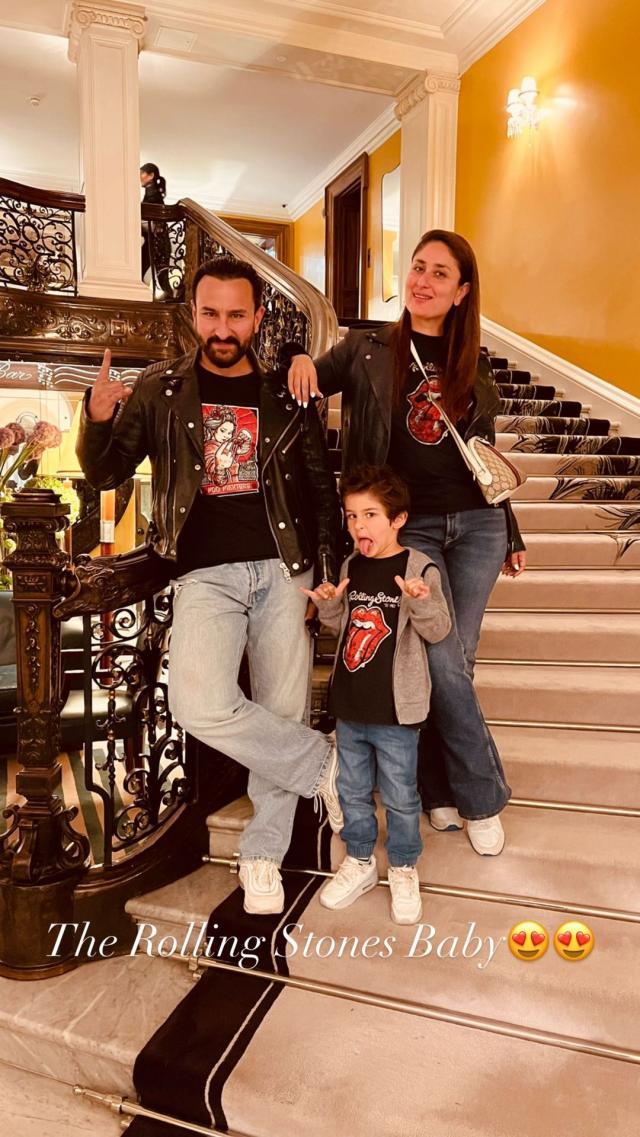 The first cricket game Taimur Ali Khan saw was on July 12, 2022. Kareena Kapoor Khan is Kareena’s mother. The adoring mother uploaded two images from the same collection to her Instagram stories. As he watched the India vs. England One-Day International, Taimur is seen in the first image standing on the stands of a cricket venue in London. 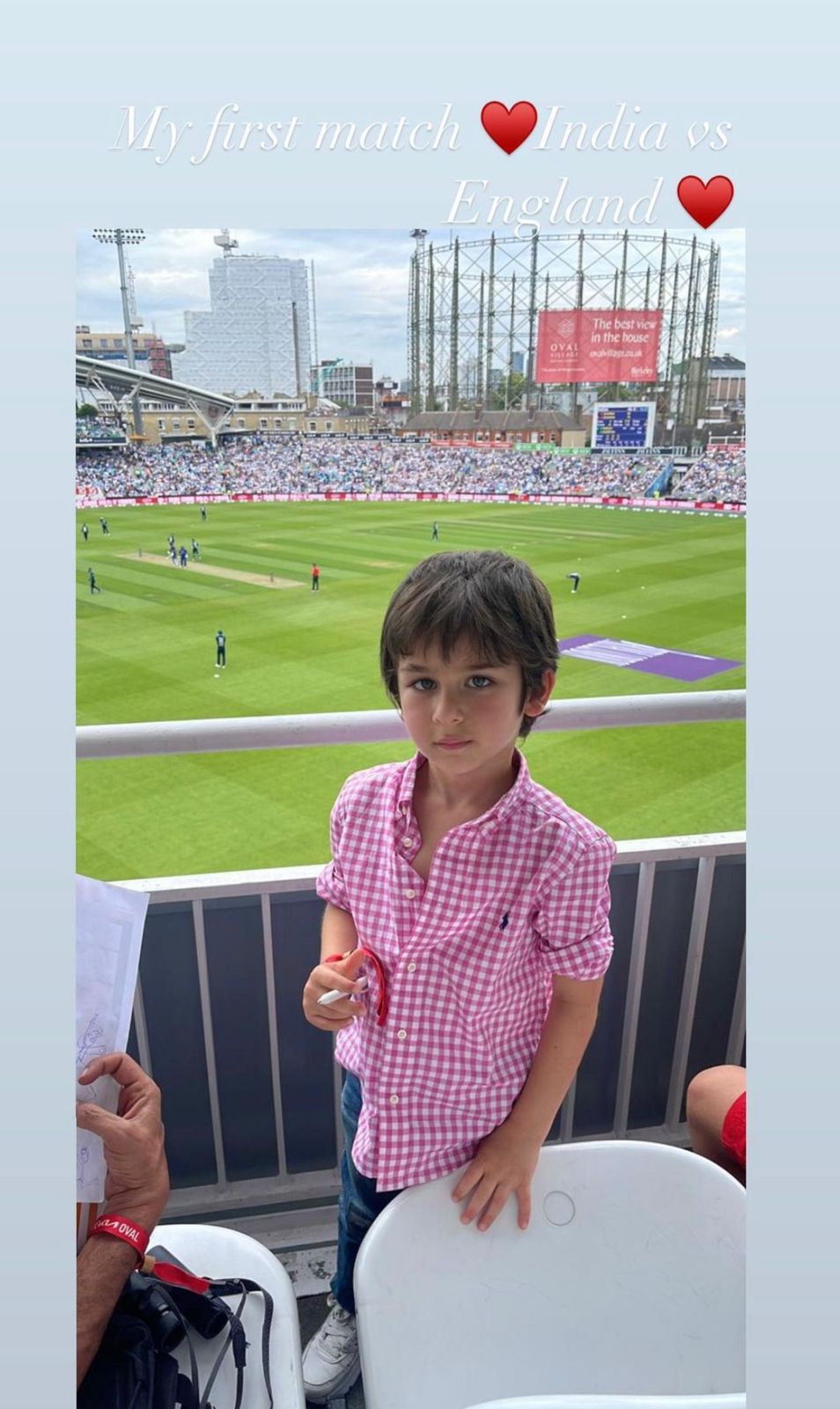 The young child was wearing a pink and white checkered shirt with blue jeans. Kareena captioned the image she shared with it as follows: “My first match. India vs England.” However, it was the second picture from Taimur’s stadium visit that truly made us LOL. While Saif Ali Khan is smiling in the picture, his kid Taimur is making a weird face and looking away from the camera. 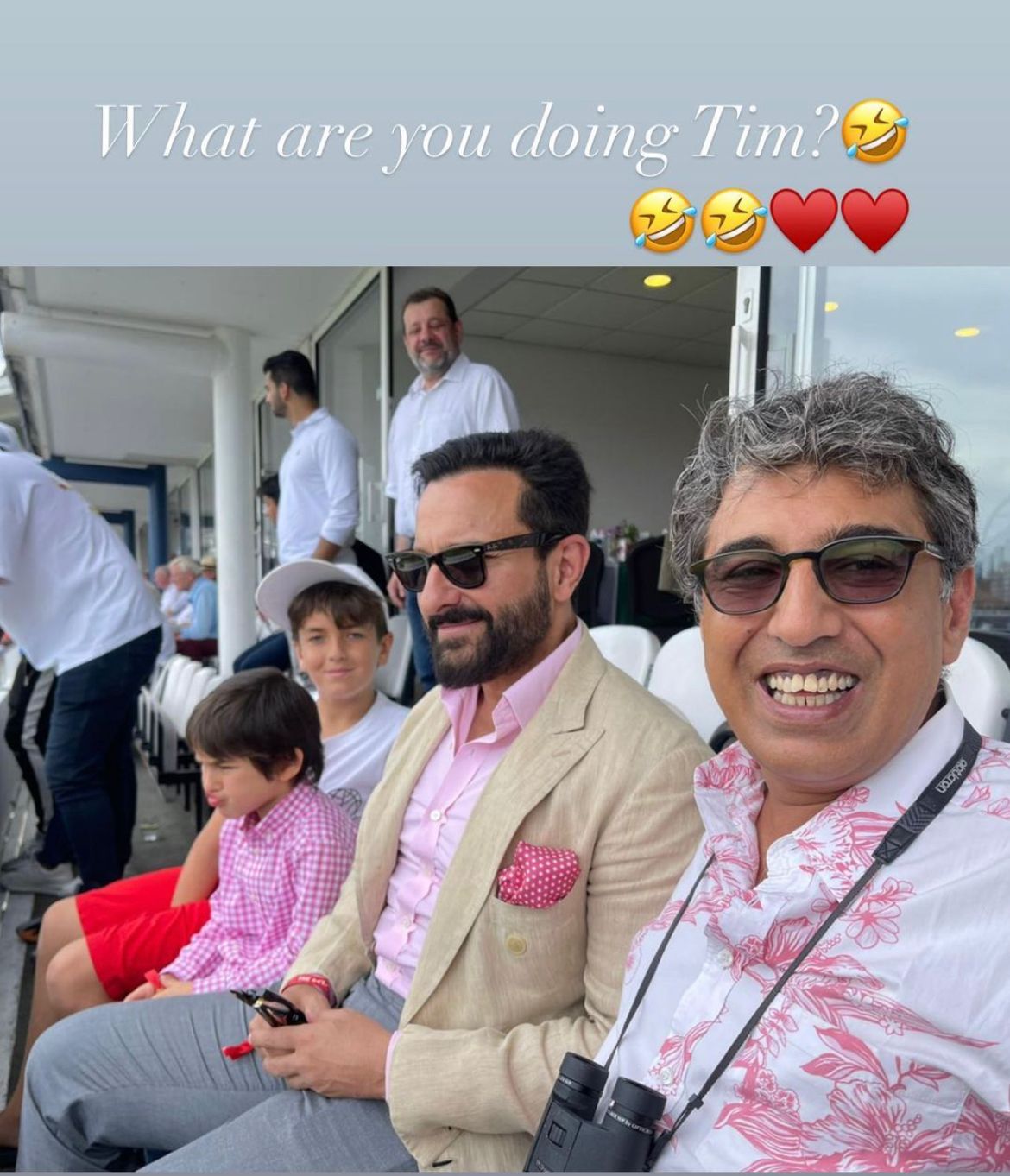 Everyone’s face immediately lit up at his adorable expressions, which were impossible to overlook. But what really got our attention was Kareena’s response to Taimur’s look. Kareena posted the image on her Instagram stories along with the following caption: “What are you doing Tim?”

On the work front, Kareena Kapoor Khan will be next seen in her upcoming film Laal Singh Chaddha opposite Aamir Khan.