Kalki Koechlin dropped a surprise bomb on everyone when she announced her pregnancy. She stated that she does not intend to marry boyfriend Guy Hershberg just because she is carry-on his baby. She believes that the two are happy the way things are and is going to break all stereotypes and become a mother to her first child. The actress is already six months pregnant and is glowing with all the pregnancy shine. She has come out with her baby bump and is all happy and excited to flaunt it. 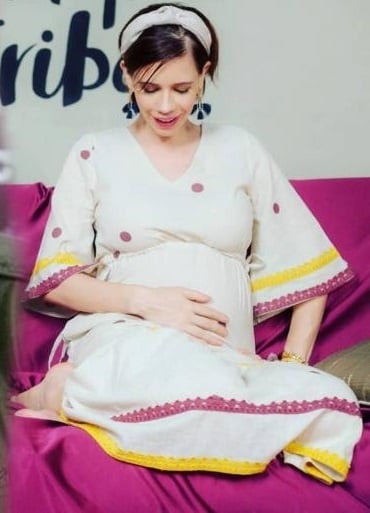 Recently, Kareena Kapoor Khan kick-started the second season of her radio chat show What Women Want and guess who came as a guest- Kalki Koechlin. Actress Kalki Koechlin beaming with pregnancy glow was clicked as she came down to get all chatty. 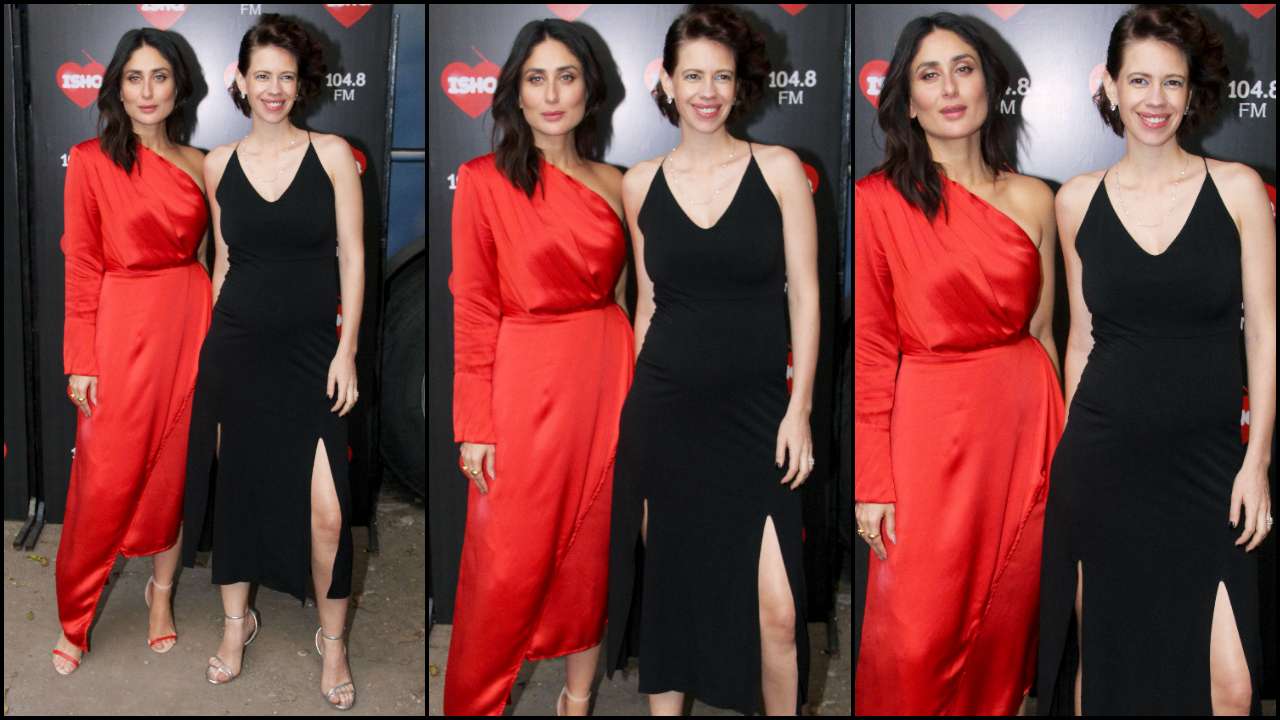 Just before the camera got rolling on the shooting floor, the divas posed for the paps stationed outside the studio. As the duo posed for the picture Bebo indulged in pregnancy conversation looking all surprised with Kalki’s tiny baby bump despite her being in the last month of her second trimester. To which Bebo was heard saying she was like a COW when she was in the second trimester. While Kareena looked red hot in the off-shoulder dress, Kalki casts a spell in her black backless outfit. Don’t miss, watch the video below-