Kangana Ranaut Reveals That She Has Been Unable To Pay Half Of Last Year’s Tax Due To “No Work”, “First Time In My Life Iam Late”

Actress Kangana Ranaut in a recent Instagram post claimed that she is the highest tax-paying actress in the country but she has been unable to pay half of last year’s tax due to “no work”. She added that she doesn’t mind the government charging interest on the pending amount.

Sharing a screenshot of the Centre’s Each One Pay One policy, she wrote atop of it,  “Even though I come under highest tax slab pay almost 45 percent of my income as tax, even though I am the highest tax-paying actress but because of no work haven’t paid half of my last year’s tax yet, first time in my life.” 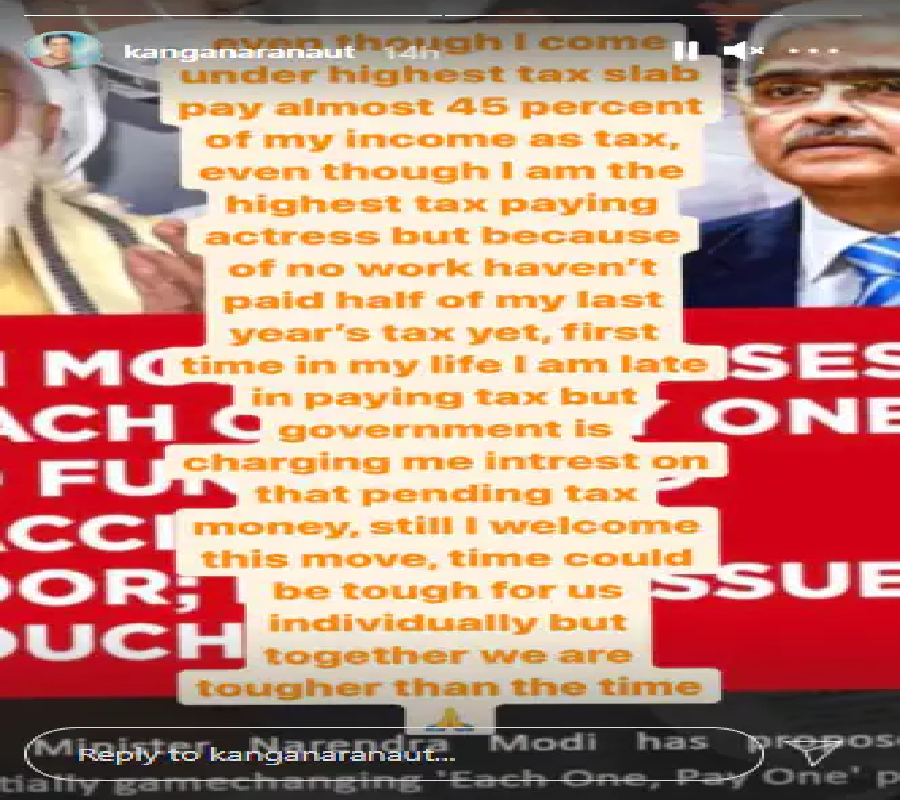 She added, “I am late in paying tax but the government is charging me interest on that pending tax money, still I welcome this move.” She further wrote, “Time could be tough for us individually but together we are tougher than the time.”

On the professional front, Kangana Ranaut is awaiting the release of her film Thailavi which was all set to hit the screens on April this year but due to the increasing covid cases, the makers postpone it. BesidesThailavi, she has “Manikarnika returns: The legend of didda”, Tejas, Dhakkad in the pipeline.