Janhvi Kapoor Burns The Internet As She Relaxes In Pink Bikini Next To A Pool; See Photos

Janhvi Kapoor is on cloud nine as she is busy shooting back-to-back films with the leading directors and actors of the film industry. the actress is always on the go and is running from one set to another to finish her shooting schedule, she hardly gets time to sit back and relax for some time. However, in her latest posts, it seems that the diva finally got some ‘Me Time’ and she thoroughly enjoyed it. 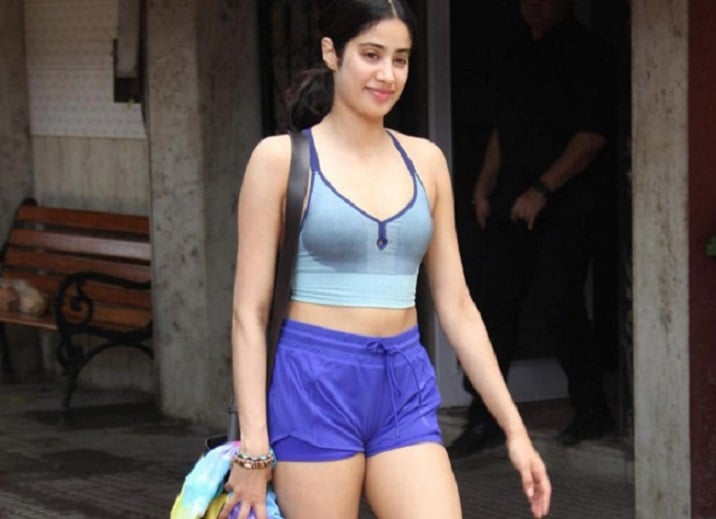 Flaunting her bikini body, Janhvi Kapoor took to her Instagram handle to give a sneak peek into her normal relaxing day. In a series of pictures, the actress could be seen wearing a pink monokini bikini and lying down near a pool. Janhvi could be seen with a sheet mask on her face and just relaxing for a bit right next to her pool.

In one of the pictures posted by the actress, Janhvi could be seen having a healthy breakfast with two eggs omellete and a strawberry. While the combination did not go down well with her sister Khushi Kapoor and immediately asked her, “Why are you eating strawberries with eggs?” Although, the pictures received a lot of love and admiration from her fans and followers as they were going gaga over her pictures.

Meanwhile, on the work front, Janhvi Kapoor has many interesting projects in her kitty. The actress has wrapped up shooting for her upcoming film Mili, which is the first time she will be working with her dad Boney Kapoor. Apart from this, Janhvi also has Karan Johar’s Dostana 2, Good Luck Jerry, and Mr. and Mrs. Mahi.