Janhvi Kapoor Revealed That She Once Hid In Her Car’s Boot To Evade Paparazzi; ‘There’s Always A blanket In My Car’

Janhvi Kapoor is one of the most talented and gorgeous divas who has won millions of hearts because of her acting skills. Recently the daughter of legendary actress Sridevi and film producer Boney Kapoor appeared on a celebrity cooking show and revealed some truths about her life. Janhvi who was assisted by her friend and fitness trainer Namrata Purohit revealed on the show that once Janhvi was stepping out of her gym and did not want the paparazzi to see her. 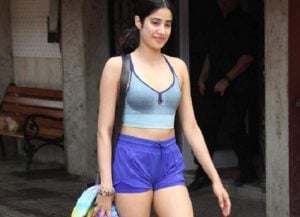 “There was this one time, for some reason she didn’t want to get clicked at the gym. So, she told me ‘Namo, you have to help me, they can’t see me, they can’t click me whatever.’ So, we sent her car outside. I felt like a horrible person because those guys outside are actually sweet guys. But it was just like a situation that she needed to get out of that day. So, her car went the other way and the paps followed her, then she jumped into my car and we had gotten out and then we had like this whole chase going on. I felt like I was in a Fast and Furious movie,” Namrata said. 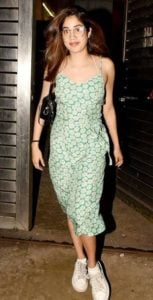