Here’s What Vicky Kaushal’s Ex-Girlfriend Harleen Sethi Has To Say About His Wedding With Katrina Kaif; Deets Inside

According to reports, Vicky Kaushal will be tying the knot with Katrina Kaif in December. Etimes reported that Katrina Kaif will be donning a Sabyasachi lehenga for the big day. Several of their fans had taken to social media and reacted to the news. Meanwhile, an ETimes report has it that Vicky’s ex-girlfriend Harleen Sethi is currently not bothered about his wedding to Katrina Kaif. A source who is known to both Vicky and Harleen spoke about Harleen’s reaction to the news and mentioned that she has completely moved on and dived into her work. 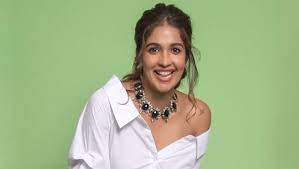 The source said, “Harleen has moved on, in a true sense. She has deep-dived into work. She is very excited about Ekta Kapoor’s ‘The Test Case 2’ wherein the second part will revolve around her similar to how the first revolved around Nimrat Kaur. Apparently, she recently shot for a song in a film. She is in advanced talks for another web show. And of course, she was praised a lot for Ekta’s web show ‘Broken but Beautiful’.” Source added, “Friends talk to her about Vicky’s love affair with Katrina Kaif and their upcoming wedding and she cuts them short and says, ‘Don’t take me into that zone.” 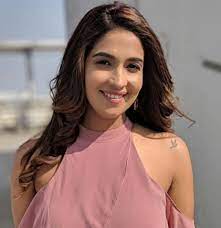 Reports are rife that Vicky Kaushal will be moving into a swanky apartment with Katrina Kaif ahead of his wedding. According to the latest report on India Today, Vicky rented the 8th floor of the luxurious apartment in July 2021. Vicky has reportedly rented the apartment for a period of 60 months, i.e. 5 years. Vicky reportedly paid a security deposit of Rs. 1.75 crores, while the rent for the first 36 months is 8 lakhs. The rent for the next 12 months will be Rs. 8.40 lakh, while the rent for the remaining year will be Rs. 8.82 lakhs per month.