Govinda is the king of dancing and there’s no one like him in the industry. the actor majorly ruled the industry in the 90s and his songs still create a stir. Recently the actor performed on one of his most famous songs ‘Main to raste se jarha tha’ on stage in Dubai, and his wife Sunita Ahuja couldn’t keep calm. 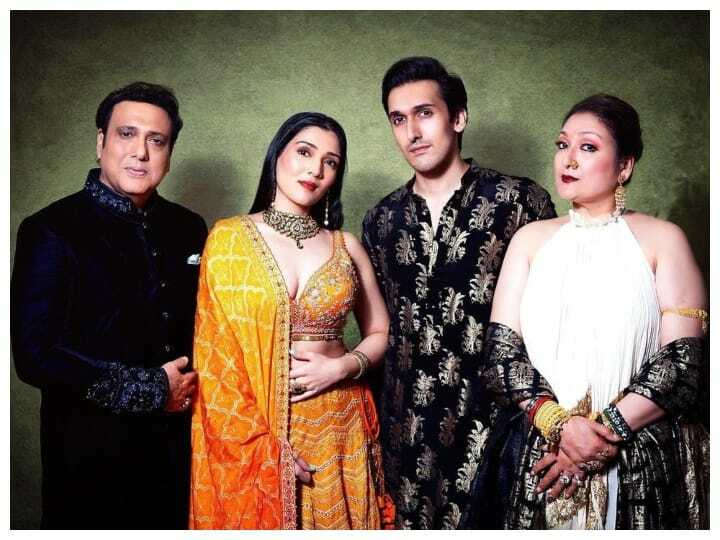 Govinda was in Dubai to attend and perform at an award function where Ranveer Singh was also present. The actor grooved to his song and in the audience, his wife and Ranveer Singh were matching their steps with the actor.

In a clip, Sunita is seen jumping with excitement while Ranveer Singh joins her along with the host Manish Paul. All three of them are seen cheering for the actor and dancing along with him. Sunita and Govinda have been married for years now and still have a strong relationship and bond. The duo always attends the shows and events together and entertains the audiences.

Earlier the couple had reached the Indian Idol 13 and made a joke about having another baby. On the show, Govinda was sitting right next to Dharmendra ji and Sunita was sitting along with the contestants. The star’s wife revealed being the biggest fan of the legendary actor and also revealed that during her pregnancy Govinda had gifted her Dharmendra’s photo. The duo wanted a son like Dharmendra and they gave birth to Yash.

Sunita then joked to his husband that now that they have met Dharmendra ji in person they can create another product at home.