“Didn’t Have Money To Pay Rent, Wife Sanyukta Took Care Of Everything” Maniesh Paul Opens Up On His Struggling Days

Popular TV host Maneish Paul just like every other start had his fair share of ups and downs but his wife Sanyukta has stood by him like a rock. In a recent interview with Humans Of Bombay Maneish unraveled a lot of things about his struggles and personal life.

Talking about his struggling days, Maneish had shared, “While I struggled, Sanyukta backed me. Finally, in 2006, I got a full-time job as an RJ. So, I told Sanyukta, ‘Let’s get married!’ We had a big fat Punjabi-Bengali wedding. After moving in with me, Sanyukta took up a job as a teacher; I was juggling my job and a few anchoring assignments. We barely got any time together, but she never complained… not once.” 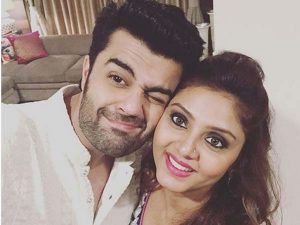 In the same interview, he had also revealed how their love brewed and said “In 11th grade, once, when Sanyukta & I were at the theatre, I got a call asking if I could host an event; I used to anchor part-time. I just left her there & ran to work. I thought she’d be mad, but she said, ‘It’s totally fine.’ That’s when I realized I had feelings for her. So, a few weeks later, I told her, ‘I like you.’ 3 days later, we were official! From then on, I’d go to Sanyukta’s house to meet her under the pretext of studying. Her Dad would tease me in Bengali, ‘Roz roz aa jata hai!’” 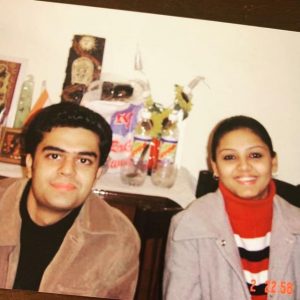 He had further added, “In 2011, we had a daughter and in 2016, a son. Finally, I’m in a place where I can take time out for Sanyukta and my kids. And it’s a rule that I don’t talk about work on the dinner table.”Sometimes, I wonder how I got so lucky? Without Sanyukta, I’d probably still be wondering what to do with my life. Or worse-failed my 10th grade! I am only because of her.”

We wish them a blissful life ahead.