After giving a major hit together with Gully Boy, Alia Bhatt and Ranveer Singh are all set to pair up once again for Rocky Aur Rani Ki Prem Kahani. The duo is currently shooting in Delhi at various places as the video of the crowd cheering them goes viral. 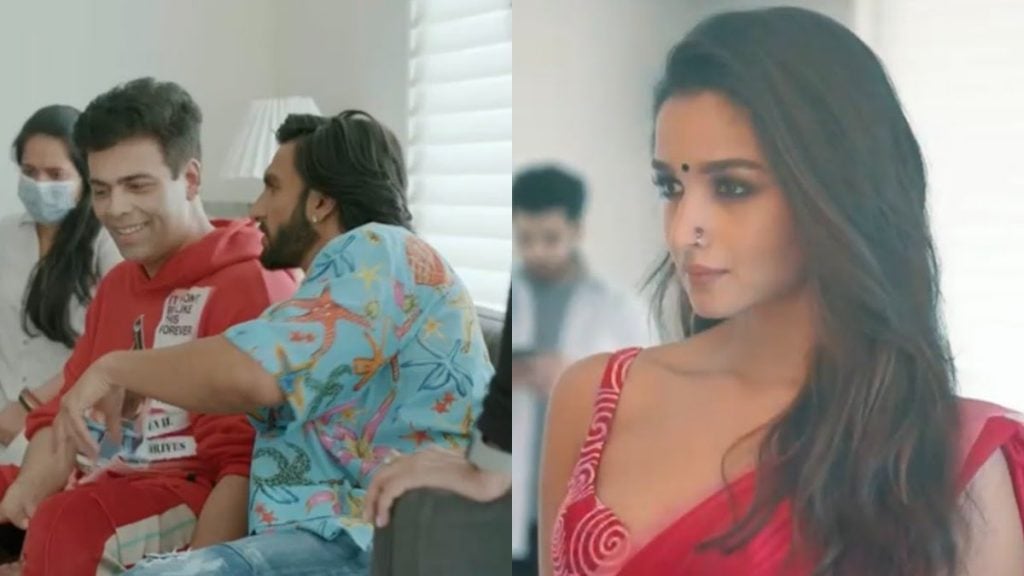 A video has been circulating online in which the Delhi crowd could be seen hooting and whistling as they see Alia Bhatt, Karan Johar, and Ranveer Singh in Delhi’s Lajpat Nagar. In the video, Ranveer and Alia could also be seen responding to their fans by waving at them. Ranveer also stopped for a bit for their fans to take pictures while his bodyguard took care of the fans not getting too close.

As the video starts, Alia could be seen wearing a saree with a shawl wrapped around her while she walks towards her car. The actress also waved at her fans before sitting inside the car, after Alia, Karan Johar could also be seen quickly waving at the fans and getting inside the car. However, Ranveer did stop for some time and took pictures with his fans.

Recently, the director of the film Karan Johar had posted another video of Alia Bhatt in which the director and actor duo could be seen playing a rapid-fire round.