Bollywood actress Deepika Padukone is one of the most hardworking actresses in the entertainment industry. The diva leaves no stone unturned when it comes to fitness and taking care of the body mentally and physically. She is also among the actresses who keep posting quirky and interesting pictures of her and her loved ones to keep her fans entertained. 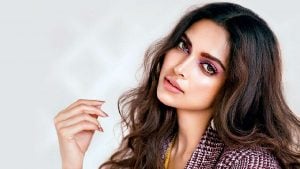 Everybody knows that Deepika is the daughter of renowned badminton player Prakash Padukone, and she herself has been a national-level player.  On a Sunday afternoon, Deepika took to her Instagram handle to share her post badminton session picture in which she could be seen glowing naturally after sweating it out at the court. Deepika shared the picture with her fans and followers and gave it a caption as, “The post (badminton) glow.”

As soon as the diva posted the picture her friends from the industry showered the image with heartwarming comments. Actor and husband Ranveer Singh also dropped a series of heart emoticons on Deepika’s picture but what attracted everyone’s attention was legendary player PV Sindhu’s comment. The ace shuttler took the opportunity to lovingly tease the actress and wrote, “After how many calories,” she commented. 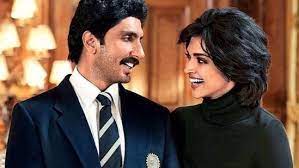 On the work front, Deepika has been an interesting project in the pipeline. She has played a cameo in her much-awaited film ‘83’. Apart from it, the diva will be seen in movies called ‘Baiju Bawra’, ‘Fighter’, ‘Sanki’, ‘Pathan’, and ‘K’. Deepika has also signed a Hollywood film which will be a cross-cultural romantic movie that is still untitled.