Deepika Padukone And Ranveer Singh Buys A Massive Plot In Alibaugh; Actress Shares Ranveer’s Picture As Her ‘Morning View’ On The Way

Deepika Padukone and Ranveer Singh is one of the most loved and powerful couples in Bollywood. The couple has now also bought a massive plot in Alibaug to add to their list of investments. On Monday, the couple left from Mumbai to Alibaug where they were clicked at the local registrar’s office where they have allegedly registered their purchase of land in the coastal city. 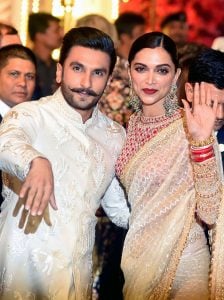 The pictures of the couple visiting the registrar’s office immediately went viral on social media as the fans and onlookers spotted and clicked the pictures of the stars. As per the reports, the power couple Deepika and Ranveer have bought a huge plot in Alibaug but the details are still unknown. According to mid-day, Ranveer-Deepika has purchased a plot in a coastal hamlet that houses two bungalows and a coconut and betel nut grove. 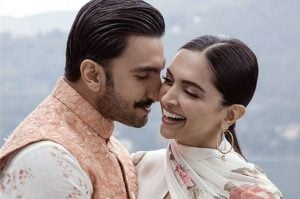 Earlier, on their way from Mumbai to Alibaug, the diva had shared a picture of Ranveer sleeping in the car and captioned it as, “My morning view.” As soon as the couple reached the destination they could be seen wearing vibrant outfits. Deepika was spotted in a formal white top, while Ranveer Singh chose a lavender shade hoodie and a mask along with quirky glasses.

The couple immediately went inside their car but the onlookers still managed to take selfies and videos of the couple. Apart from Deep-Veer, actor Shah Rukh Khan and his wife Gauri Khan also own a massive property in Alibaug. Recently, actor Varun Dhawan had got married to his childhood sweetheart Natasha Dalal at SRK’s Alibaug property.