Varun Dhawan is ready to hunt as Bhediya with a fierce look, revealed the first look. Checkout here!!

On Thursday, Bollywood actor Varun Dhawan shared his first look from an upcoming horror-comedy also starring Kriti Sanon. This comes a day after the makers shared a motion poster of the film which is all set to hit the theaters on November 25, 2022. Finally, The wait is over here. Bollywood star Varun Dhawan, on Thursday, revealed his first look as a werewolf from his forthcoming film Bhediya and he sure looks dangerous in it. The actor shared a poster, in which he looks fierce – eyes shining bright in the dark. In the background, we can see the dark world of the jungle. 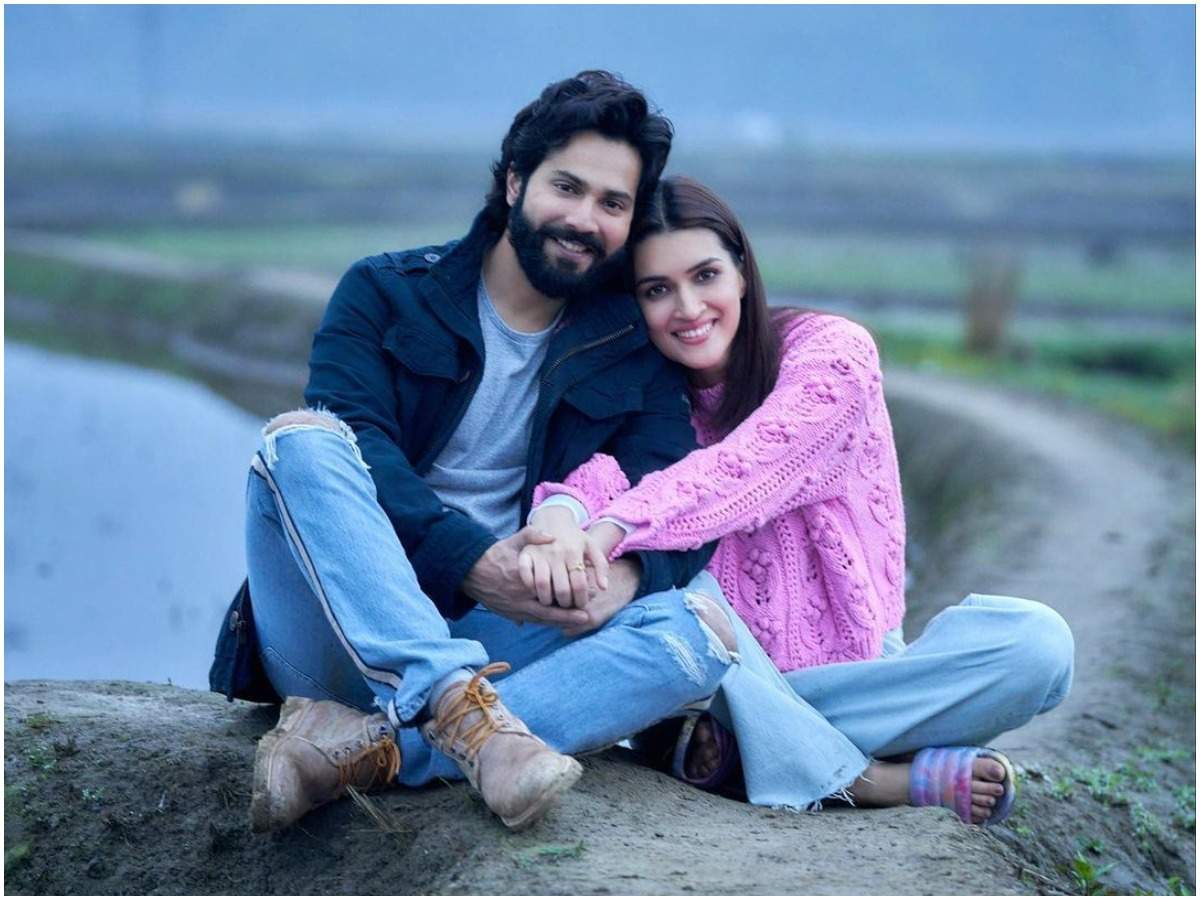 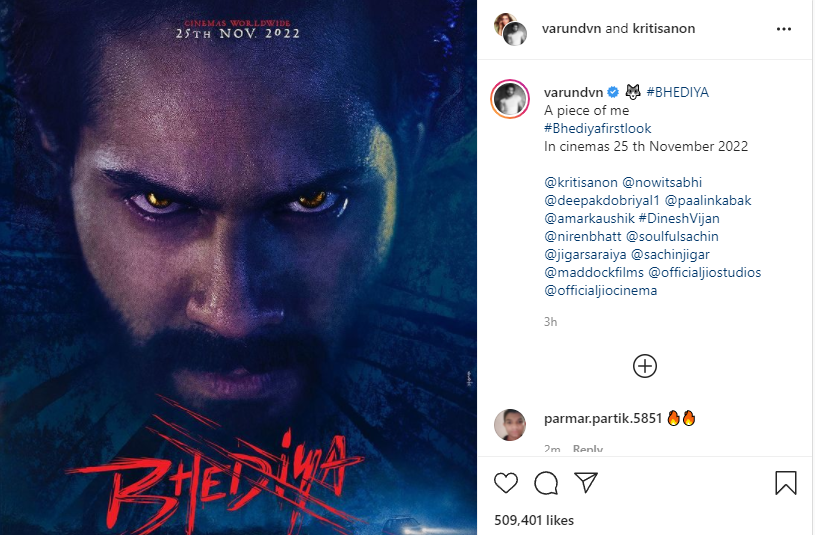 The Bhediya film shot in Arunachal Pradesh has its roots in popular folklore. The film story is inspired by fairy tales. The film is directed by Amar Kaushik and is lined up to release on November 25 next year.

A few months ago, the actor Varun Dhawan, who has undergone a major physical transformation for his role in the film, wrote this before filming “last key scenes on Bhediya”: “Last day. Filming our last key scenes on #BHEDIYA in the next 24 hrs. Since we are not allowed to put out any stills from the film this was the last time I starred in the mirror and kinda had to say it’s time to say goodbye to my long hair, beard, and the changes my director Amar Kaushik has made me make for this character. Although something tells me this is not the end but a new beginning.” 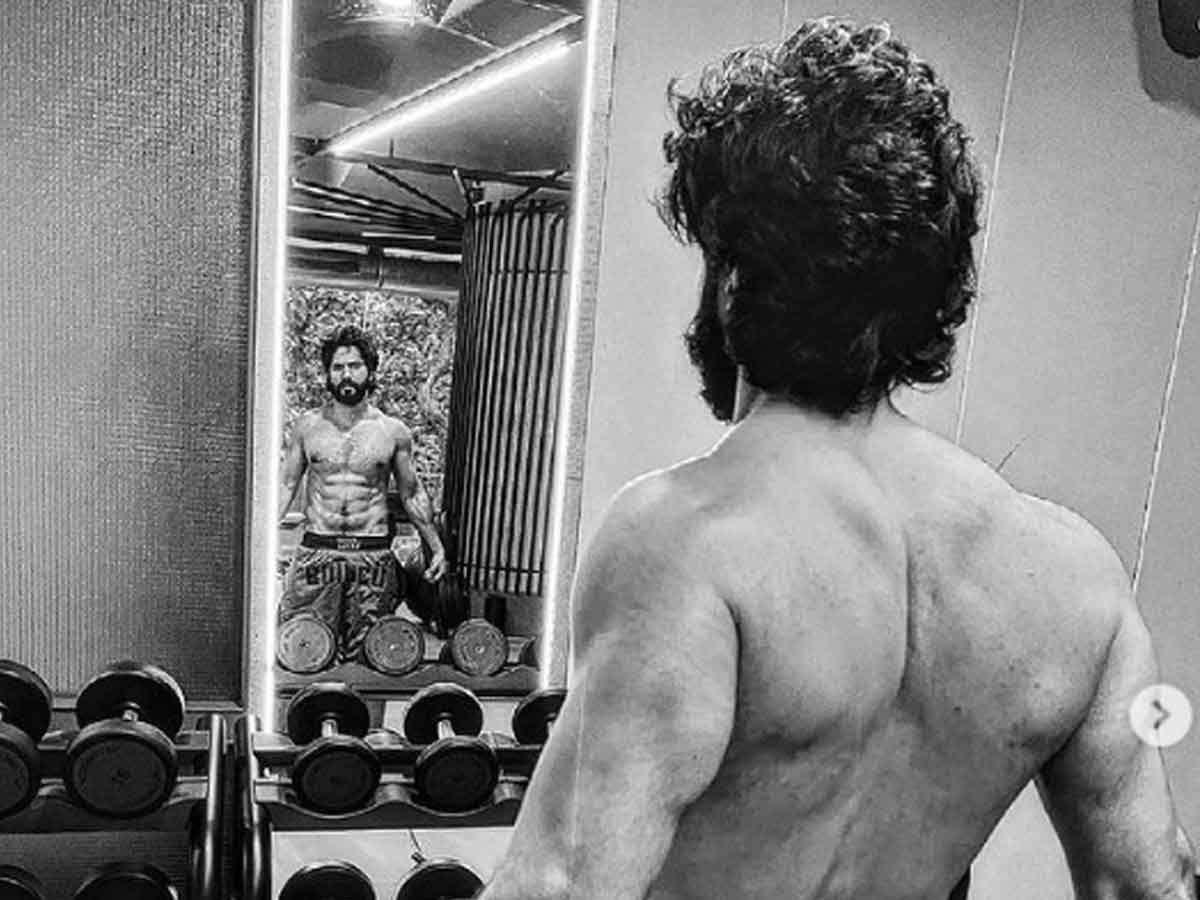 The film Bhediya is produced by Dinesh Vijan. The actors Varun Dhawan and Kriti Sanon were shooting for Bhediya in Arunachal Pradesh for a month. They have worked in films like Dilwale in 2015 and Kalank in 2019. Also, stars Abhishek Banerjee in the film. Varun Dhawan’s Bhediya look excited the audience for a new horror thrilling adventure.