In the photos, Bipasha’s husband Karan Singh Grover could also be seen holding his wife. Both the actors opted for white shirts in their pregnancy photoshoot. The actress also wrote a heartfelt note along with dreamy pictures. In the note, Bipasha has mentioned that she is all set to start a new phase and new time and new light in her life. she said with pregnancy the couple has become a little bit more whole than they already are.

The note further read that Bipasha and Karan met as two individuals and then they met each other. “Too much love for only two, seemed a little unfair for us to see…so soon, we who once were two will now become three.” 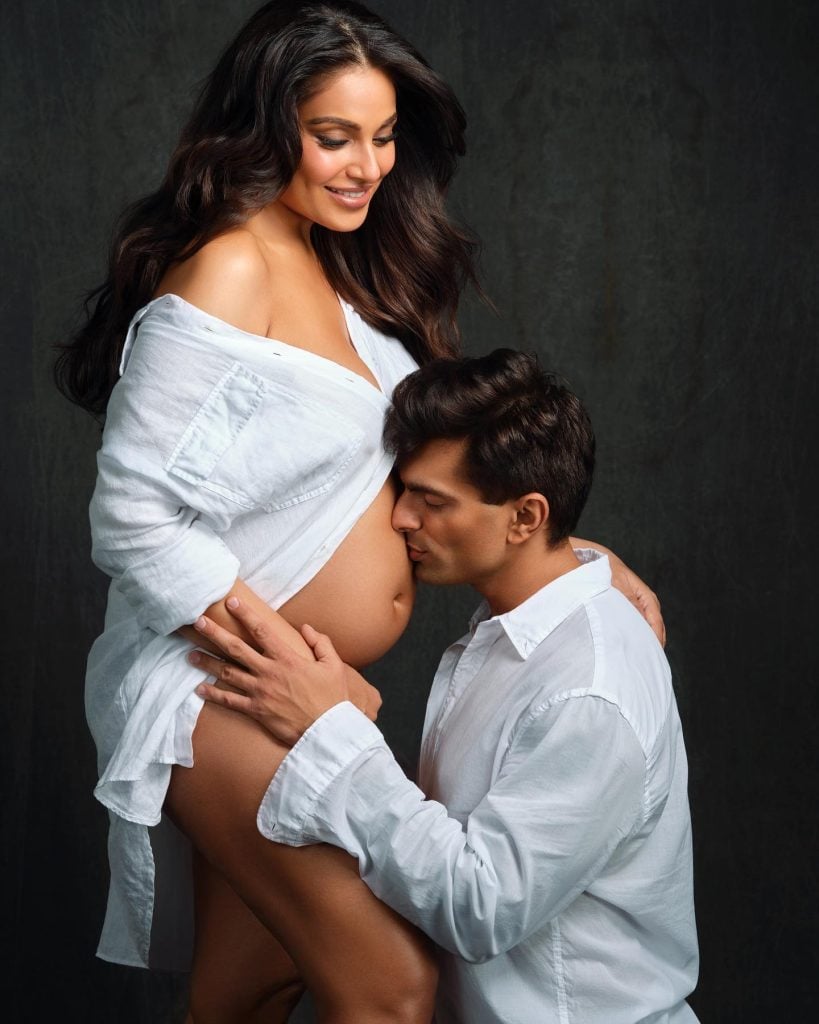 The actress concluded her note by thanking all her fans and family for showering the couple with unconditional love. She wrote that the prayers and wishes by all will always be a part of the couple. In the photos, Karan could be seen cradling his wife’s baby bump. In the second photo he could be seen on his knees kissing the baby bump.