If there’s one actress who used to steal everyone’s hearts with her one smile then it has to be Neetu Kapoor. The yesteryear actress is all set to make a comeback on the big screen with her film ‘Jug Jug Jeeyo’. Neetu Kapoor is currently judging a show called ‘Dance Deewane’ juniors and also shooting for her upcoming film. 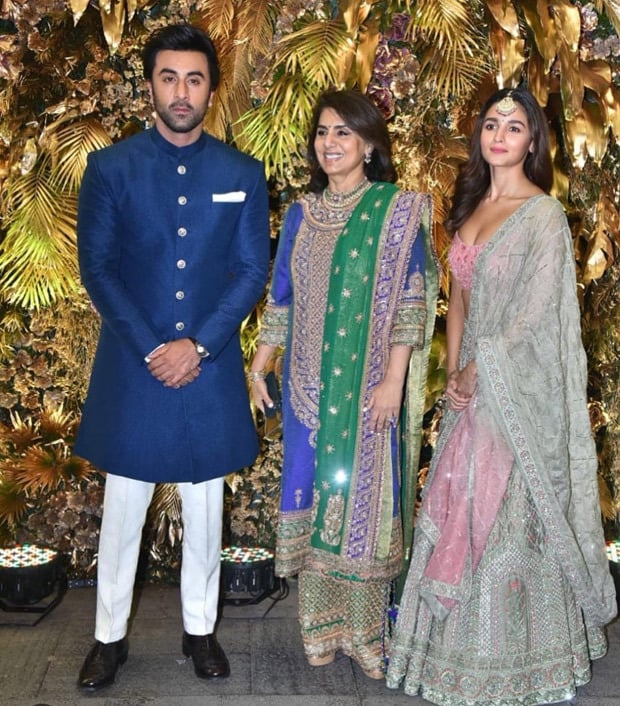 Recently, the whole Kapoor family was making headlines because of Ranbir Kapoor and Alia Bhatt’s wedding. the couple tied the knot on the 14th of this month and it became the biggest news of the year till now. Alia-Ranbir started dating eachother after the duo met eachother on the sets of Brahmastra.

Ever since the news of Ranbir and Alia’s wedding became public the paparazzi didn’t spare any chance to ask Neetu Kapoor about the details. The actress kept denying everything till she finally announced the date of marriage at Ranbir and Alia’s Mehendi.

A video of the actress had gone viral in which she was asked to say a few things about Alia, “Kya Bolu Main Uske Bare Mein, She is the best,” Neetu said. Now after weeks of the star couple’s wedding, Paparazzi once again asked Neetu, “Bahu Alia Kaisi Hai?” and the response of the actress left everyone smiling.

Neetu immediately addressed the paparazzo’s question and said, “Bahu?” “Bhot hi bhhadiya”. The actress had earlier posted a few pictures and videos from his son Ranbir’s wedding in which she could be seen dancing her heart out. In one of the photos Ranbir could be seen holding his father, late actor Rishi Kapoor’s photo, and dancing.