Anushka Sharma Reacts To Virat’s Century, Showers Love On Her Husband In A Special Way On Social Media!!

India’s star batsman Virat Kohli has scored the first century of the year 2023. After this brilliant innings, the fans are continuously congratulating Virat Kohli on social media and showering love on him. Virat scored his 45th century while batting brilliantly against Sri Lanka. After this performance, Kohli made many records in his name. Meanwhile, his wife Anushka has also given her reaction after the century. The actress has shared a picture from her Instagram handle. 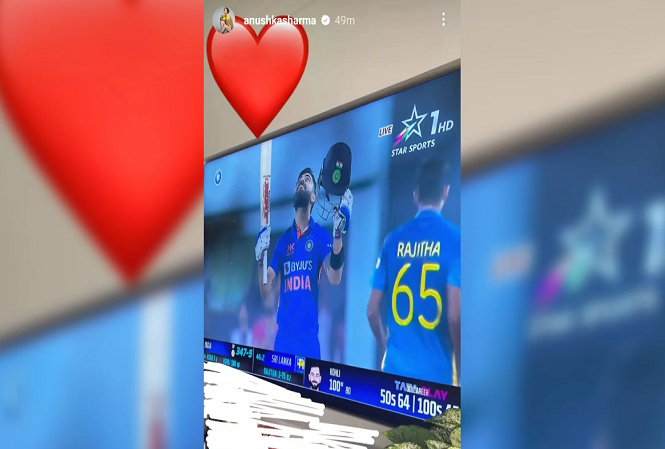 This photo is of a TV in which India vs Sri Lanka match is going on. After scoring Virat’s century on TV, he is seen celebrating with his bat and helmet raised. Anushka has also shared a heart emoji with this photo. Virat Kohli scored a brilliant century in 80 balls in this match against Sri Lanka. However, he returned to the pavilion after being dismissed in the 48th over. Let us tell you that Anushka enjoys the game of cricket a lot. Whenever India has a match, she is often seen supporting her husband and the Indian team in the stadium or on the TV itself. 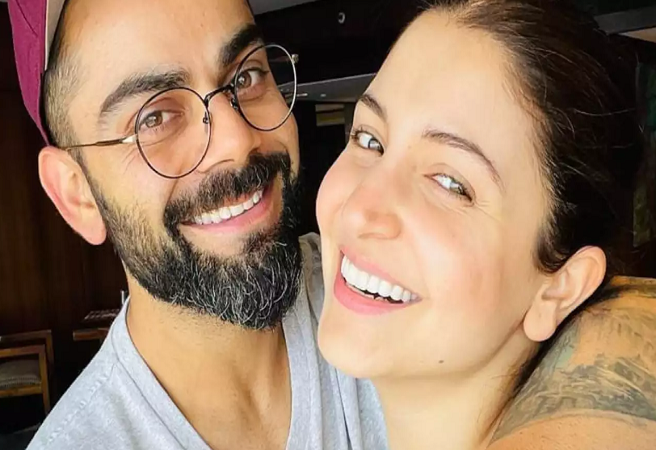 Many a times she has been seen enjoying the match at the stadium with her daughter Vamika. Talking about the work front, Anushka Sharma will soon be seen in Chakda Xpress. Anushka Sharma will be seen in the role of Jhulan Goswami in this film. According to the information, this film will be released on the OTT platform in February this year.