Alia Bhatt And Ranbir Kapoor Are Getting Married? Here’s What Lara Dutta Has Predicted

Bollywood’s most loved and talented couple Ranbir Kapoor and Alia Bhatt have often been captured giving us some relationship goals. Both the stars look amazing with each other and their fans and followers are waiting for the two to tie the knot soon. ‘Ralia’ as the fans like to call them, has never discussed their wedding plans in public but the couple has also never shied away to show their love for each other on various occasions. 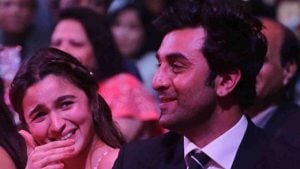 Along with the fans, there are many celebrities who are waiting for the couple to get married. Recently, during an interview with Times Now, Lara Dutta predicted that Alia Bhatt and Ranbir Kapoor can get married soon. “I might say something about some couple and I wouldn’t even know if they are still together or not.” On being asked about Alia and Ranbir, the actresses replied, “I believe that they are getting married this year,” Lara said. 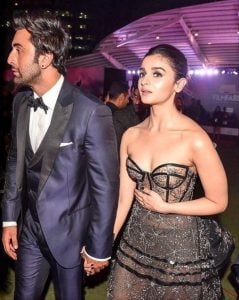 Although, Ranbir and Alia Bhatt have always been tight-lipped about their relationship status last year the Rockstar actor had addressed Alia as his girlfriend. In an interview with Film critic Rajiv Masand, Ranbir Kapoor said that he and Alia Bhatt would have got married if Covid 19 wouldn’t have hit the world. “I don’t want to jinx it by saying anything. I want to tick mark that goal very soon in my life,” Ranbir said.

Recently, actress Alia Bhatt too had shared an adorable selfie with Ranbir Kapoor’s hat and captioned her post as, “when you miss him so you steal his belongings. And make sure you take many selfies”

On the work front, Ranbir and Alia will soon be seen together in Ayan Mukerji’s much-awaited feature film Brahmastra.