Kajol Mercilessly Got Trolled For NOT Acknowledging The Efforts Of Her Fans On Her Birthday!

If there’s one actress that has never failed to steal our hearts for more than a decade now, then it has to be Kajol. Recently the gorgeous and talented actor had celebrated her 47th birthday but something happened and netizens started to troll the diva from left, right, and center. Earlier in the day Kajol’s husband actor Ajay had also shared a loving note to wish the actress on her birthday. 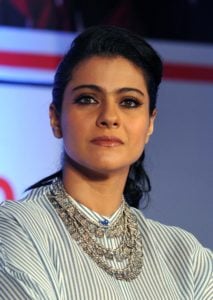 In the evening, Kajol in her white dress and flip-flops stepped out of her home, where a few of her fans were waiting for her with a cake. Paparaazi too was present to capture the special moment where the actress had to cut the cake brought by her fans. But after watching the video netizens were rather left fuming as according to them Kajol was rude and ignorant towards her fans.

Kajol could be seen coming out of her house in the video and later she did cut the cake brought by her fans at her doorsteps. The fans also sang the birthday song for her and clicked pictures with her. But when one of the fans offered her a piece of cake she quickly refused and went inside her house. This gesture of her left many of her followers on social media angry. Photographer Viral Bhayani shared the video with a caption, “Kajol seen celebrating her birthday with few outstation fans outside her Juhu bungalow today. 19 years and over 30 films later, Kajol remains one of the most-loved stars in the country, and the numerous awards she has earned over the years prove that she has always been in a league of her own,” he wrote.