A recent video of Bollywood star Ajay Devgn brutally trolled for not being able to walk to the Sabarimala Temple, he was carried by multiple men in a ‘palki’ to the Sabarimala Temple after seeing this act of Bollywood action hero received huge resentment from the netizens as they trolled him for not even being able to walk mercilessly. Bollywood’s action and finest actor Ajay Devgn doesn’t need any introduction as he is a prominent actor for his tremendous work performances in his career. 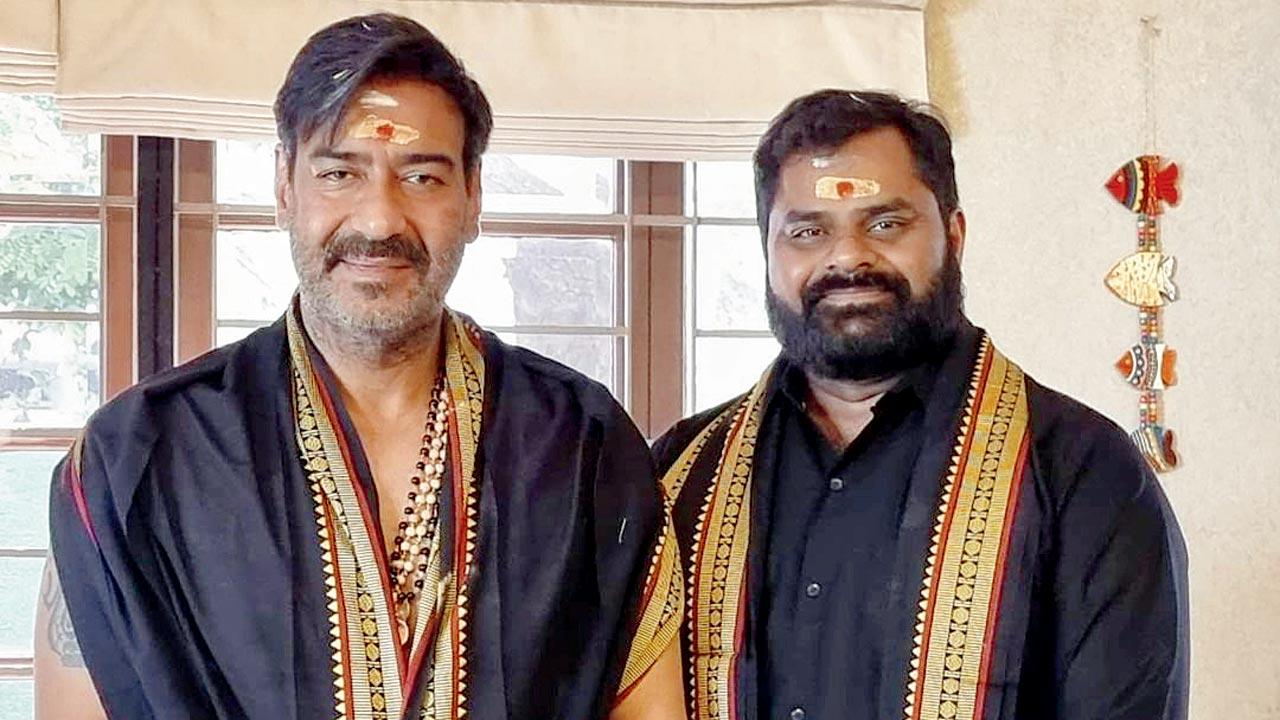 Ajay Devgn debuted in the industry through his father Veeru Devgn, the film got a positive response and became a super hit film of the ’90s, Phool Aur Kaante.
Bollywood star Ajay Devgn visited the iconic Sabarimala Temple in Kerala. However, the gossip started for his visit to Sabarimala Temple and now after a severe trolling video of Ajay Devgn being carried on a palki to the temple has gone viral on social media handles. 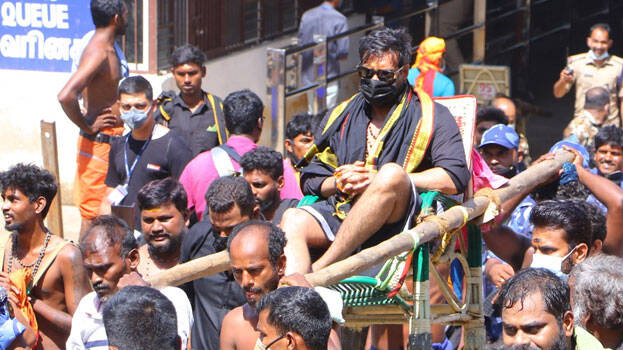 A few days ago, The actor visited the popularly known Sabarimala Temple in Kerala, and his pictures and videos from his visit have been viral on social media. Ajay wore a black kurta-pyjama for his visit to the temple and looked completely spiritual. Although, a new video of Ajay being carried by some men on their shoulders with the help of a palki on the internet, and this act of him, made netizens annoyed and disheartened. Because of this, some trolled him for not walking like others, some questioned why the action hero could not walk. 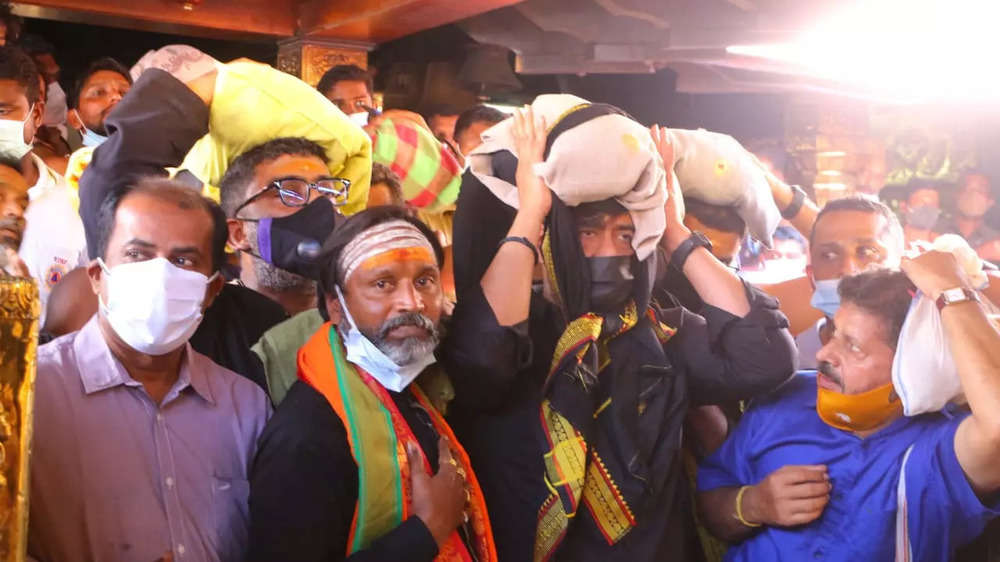 Reportedly, E-Times revealed through the close source that the actor well informed the publication that Ajay Devgn had chosen for a palki rather than stairs because of some security-related reasons and his health issues. Also, the actor had suffered several leg injuries in his film career, which is why he wasn’t referred to use the stairs to reach the Temple. 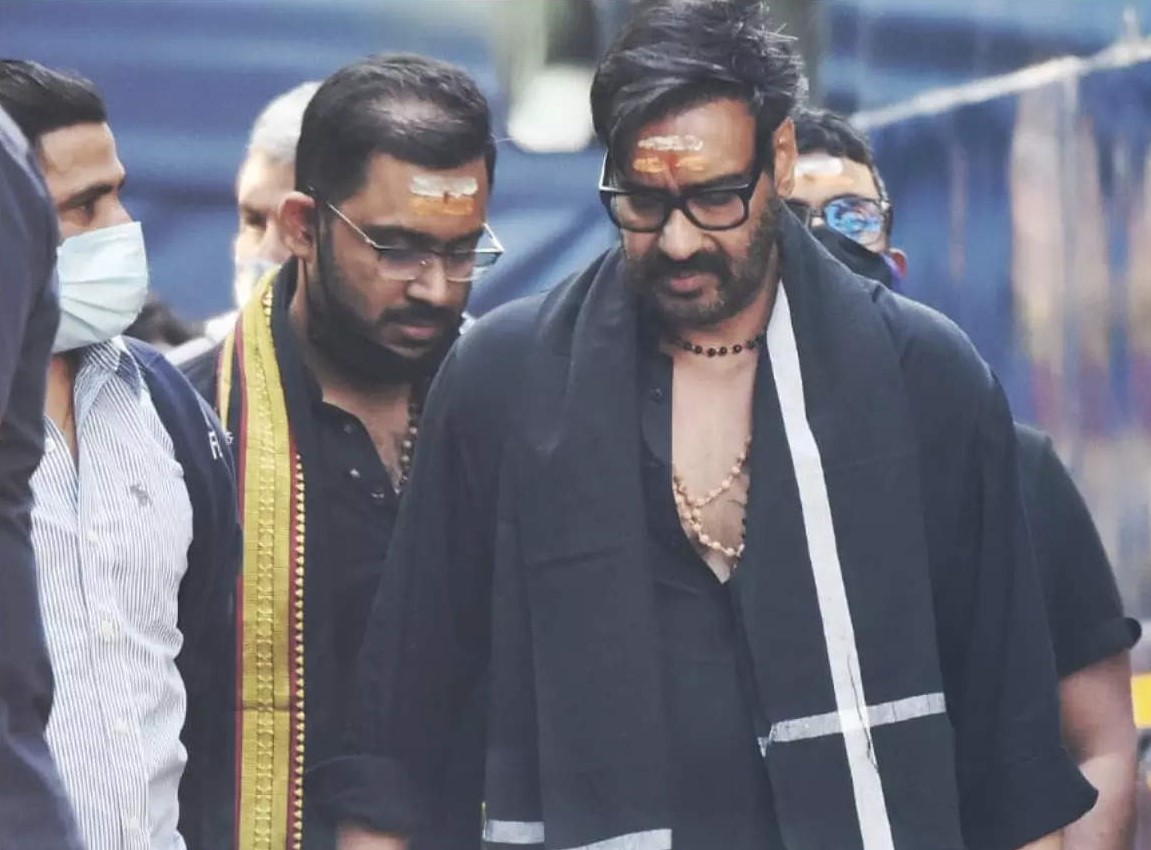 The source added: “This was mainly done to avoid any gathering or chaos keeping in mind the safety of all the devotees coming to the temple. Apart from this, Ajay Devgn who is an action hero has had multiple leg injuries over the years. Going by what his doctor has recommended, he has been asked to avoid walking for a longer duration since he is currently being treated for the same.” On the work front, the actor Ajay Devgn will be next seen in the film, RRR.