Alia Bhatt Cannot Stop Blushing As The Reporter Asks If ‘R’ Is Lucky For Her, Hints At Ranbir Kapoor. Take A Look! 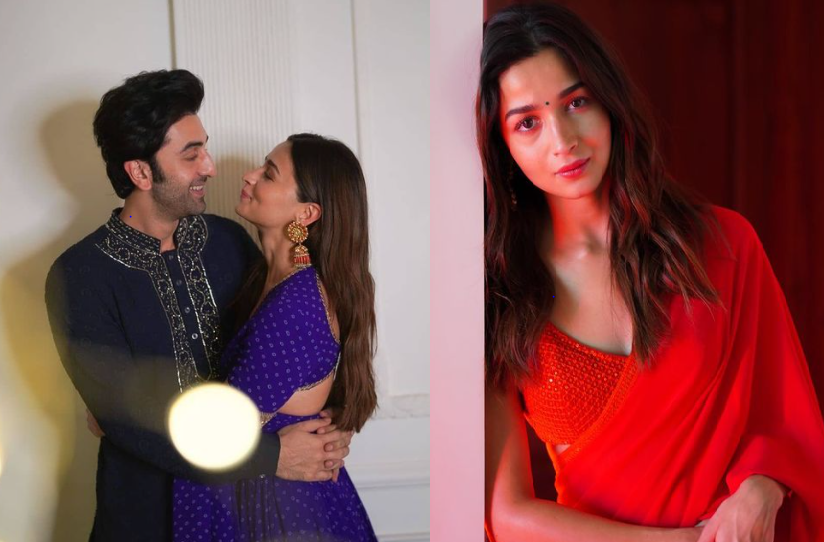 Alia Bhatt is in love with her boyfriend Ranbir Kapoor. This was evident at the trailer launch of RRR today, December 9. A reporter asked the actress if the letter ‘R’ is a lucky factor for her, hinting at Ranbir Kapoor. Alia Bhatt is quite straightforward, was left perplexed at the question, and couldn’t stop blushing. Alia Bhatt has been in a relationship with actor Ranbir Kapoor for a while. During the interaction, a reporter asked Alia if ‘R’ is lucky for her. It was clearly hinted at by her boyfriend’s name, Ranbir Kapoor. At that time, Alia Bhatt was seen blushing. Later on, the actress replies, “I am stumped. Mere paas jawaab hi nahin hai (I don’t have an answer). I am trying to be intelligent. I don’t have a good answer.” Taking a breath, she adds, “Ji (Yes),” which makes the audience erupt in cheers and hoots. Alia also says, “R is a lovely alphabet, but so is A.” Reportedly, The film will release in over 1,000 screens across the globe. Apart from Jr NTR and Ram Charan, the film stars Alia Bhatt, Ajay Devgn. 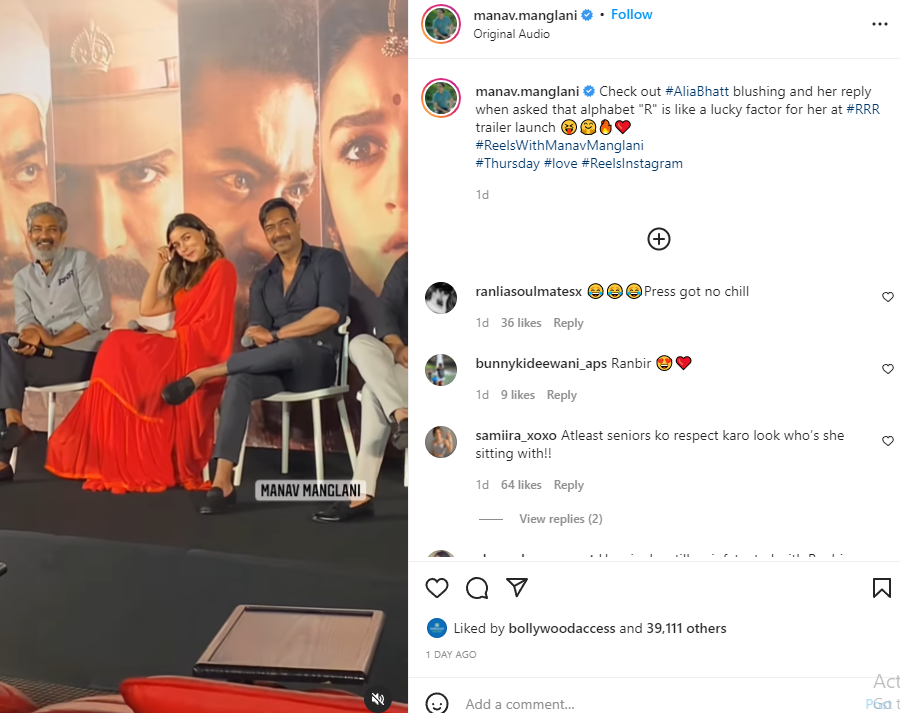 Alia Bhatt and Ranbir Kapoor will be seen together in Brahmastra along with Amitabh Bachchan. The film is directed by Ayan Mukerji and produced by Karan Johar. Bollywood star Alia Bhatt has various other projects including Rocky Aur Rani Ki Prem Kahani alongside Ranveer Singh, Shabana Azmi, Dharmendra, and Jaya Bachchan. She has Brahmastra, Gangubai Kathiawadi and Darlings in her line-up.