Social media observed trolls stooping down to an unimaginable level when they attacked Indian cricketer Virat Kohli and actress Anushka Sharma’s daughter, Vamika. Yet to turn 1, troll threatened their daughter with rape and death threats, after Virat supported Mohammad Shami. The Pakistani player was accused of taking a bribe to make India lose the recently played match. Slamming these trolls, Anushka in one of her posts mentioning how it is always better to make strong children in comparison to repair ill-thoughts of grownups. 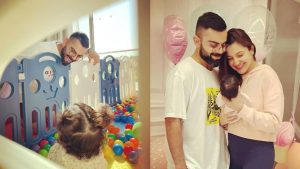 Her post read, “Coach it’s easier to build strong children than to repair broken men.” Strict and immediate action has been initiated against this shameful act by Delhi Commission for Women. Their Tweet read, “DCW has issued a notice to police over a threat made on Twitter to rape Virat Kohli and Anushka Sharma’s daughter. Our chairperson Swati Maliwal has called this ‘shameful,’ and called for immediate arrest of the accused.” Vamika is merely 10-11 months old, born earlier this year to the desirable couple. 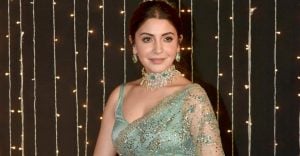 Virat as he came out in support of Mohammad Shami, said, “I honestly don’t even want to waste one minute of my life to give any attention to those people. Neither does Shami and neither does anyone else in the team. We stand by him fully. We are backing him 200 per cent, and all those who have attacked him can come with more force if they want to: our brotherhood, our friendship within the team, nothing can be shaken,” as reported in the media.