“Women” not less than anyone

We are in the 21st century still the women are not given the respect which they deserve just because of the existence of the patriarchy in the society which are in the roots. Women are still taken as weak. Many laws have been made to ensure their safety, security and to make them strong,still there is problem in implementation. the contribution of women to a society’s transition from pre-literate to literate likewise is undeniable.Women play a significant role in our society but get less valued at the same time also.Globally women are doing best in their life.

Women played a significant role in our society . They are taken as inferior to men. They should get equal treatment to men , they sacrifice so many things for their family like their career, their hobbies etc just to give comfort to their family , husband, children but in return they hardly get any appreciation. Women are doing great in their in every field in teaching, social workers, enterpreneur, defence etc,this shows that they are not less than anyone. Starting from rural to urban areas the condition of women is different . In rural areas , women are not given freedom, liberty to educate themselves or to step outside to work because of the prevalence of the conservative thinking whereas in urban areas their condition is much better as compare to the rural areas except few families which have not modernize their thinking with the passage of time. 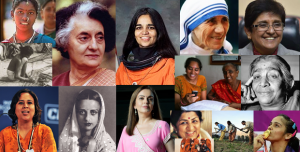 The hiiiistory of indian women is full of pioneers, who have broken gender barriers and worked hard for their rights and made progress in the field of politics,arts,laws,science etc we have many examples like Mother Teresa, Lata mangeshkar, Asha Bhosle, Kalpana Chawla, etc which are doing great in their life and touching the sky .Women are multitasking by nature which helped them to manage each and every thing in their life.