Why did John Abraham burst into tears in front of Amitabh Bachchan on the KBC set? Read on here!

Recently, Bollywood actors John Abraham and Divya Khosla Kumar are coming together for Satyameva Jayate 2, and to promote the film, they visited the sets of KBC 13. The promo videos of the show have left fans excited for the show. The show of KBC will premiere on the television screens tomorrow on November 26. The promos video seems funny and exciting, but at the end of one of the videos, John Abraham can be seen breaking into tears. Bollywood star John Abraham will appear this Friday in Kaun Banega Crorepati 13 a program hosted by Megastar Amitabh Bachchan.

In the Friday special episode of KBC, John Abraham and Divya Khosla Kumar will promote their forthcoming film Satyamev Jayate 2. In the episode, John Abraham will be seen having a lot of fun with Amitabh Bachchan, but he will get emotional over something and tears will begin to fall from his eyes. The KBC 13 promo ended with John Abraham breaking down, but the reason behind the same was not revealed. 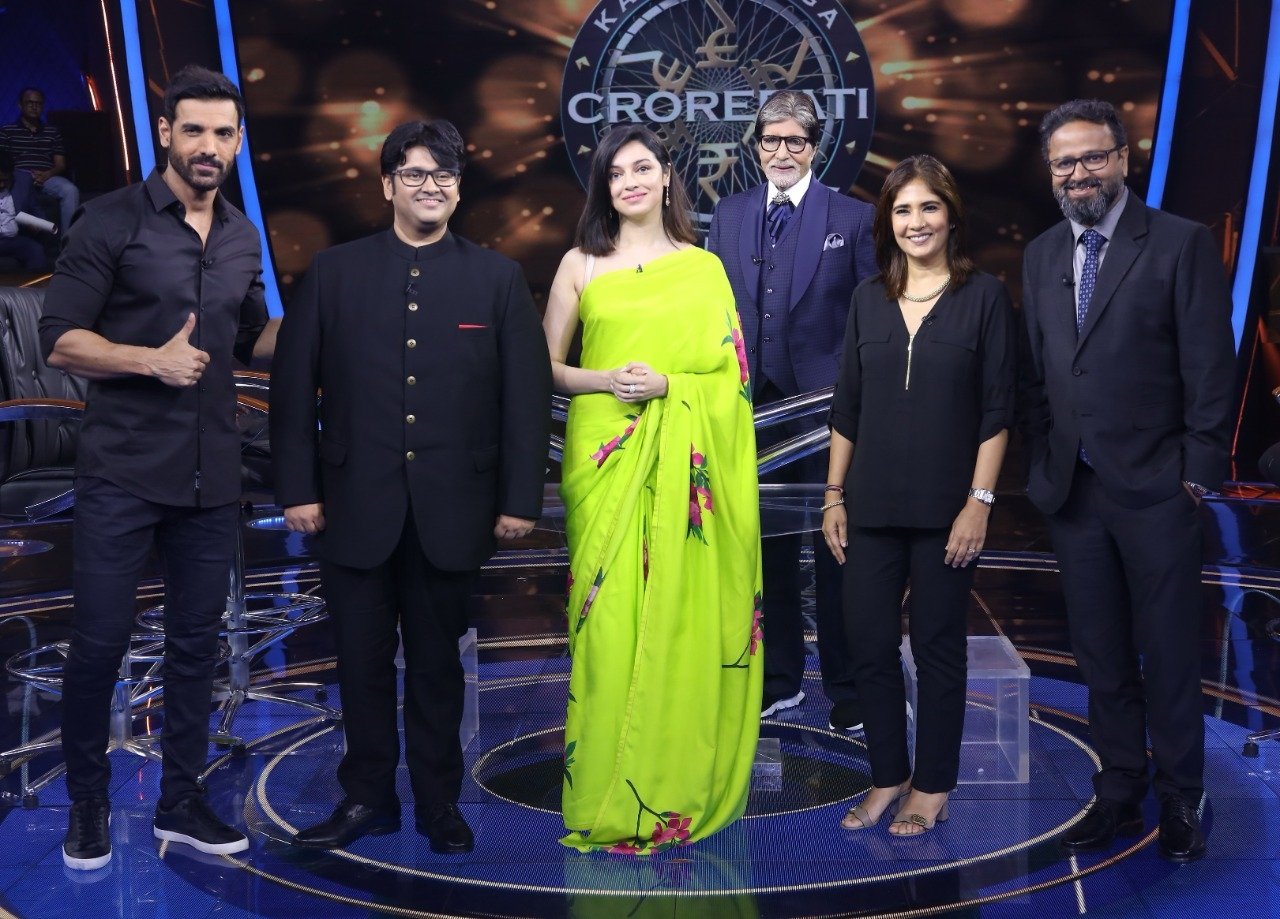 Everyone is sad in the show when they see John Abraham fall into tears. Only once the episode has aired will we know what John Abraham cried about at the end of the promo. Speaking about Satyameva Jayate 2, in the Milap Zaveri directorial John Abraham’s essay triple roles a father and his twin sons. Also starring Divya Khosla Kumar, the film is produced by Bhushan Kumar’s T-Series and Emmay Entertainment. The film releases today, November 25.