Bollywood celebrities are often in news either for their gym looks and movies or when they get trolled on social media platforms. The biggest stars of the entertainment industry are constantly under the scrutiny for what they wear and where do they go. The paparazzi culture has made even worse for the celebrities since they can’t escape from the media at any given point.

However, the celebrities love to pose for the cameras but sometimes they want to avoid it because of various personal reasons. One such recent incident which took place was with the stunning actress Kareena Kapoor Khan who was spotted hiding her face from the media. The actress had appeared for the celebrations of 20 years of ‘Kabhi Khushi Kabhie Gham’ where she was captured by the paparazzi. The ‘K3G’ actress in the video shared by Viral Bhayani could be seen laughing and hiding her face with a jacket. 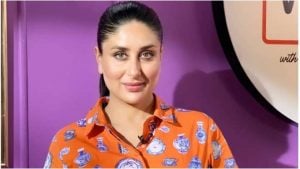 Meanwhile, Kareena Kapoor Khan is also sharing some adorable glimpses of her son Jehangir on her social media platforms. The actress took to her Insta handle and shared a video and captioned it “It’s the toes that do it for me #mera beta#time is flying.” The picture received love from her family and friends. 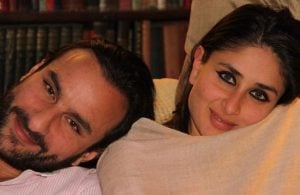 On the work front, Kareena Kapoor will next be seen in ‘Laal Singh Chaddha’, in which she will star alongside Aamir Khan.