It is not as easy as it seems to be a Bollywood celebrity, the stars have crazy work schedules and events lined up for them. The actors need to meet their work commitments in the given time and also look dashing and ravishing at every moment of their lives. The Bollywood actresses also take special care of their bodies, hair, and makeup so that they can don any designer clothes with ease. However, celebrities often have to make so many changes in a day that sometimes they forget to remove the tag from their own attires. 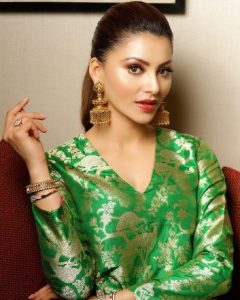 One such similar incident has taken place with former Miss Universe Urvashi Rautela. The actress was recently spotted in Juhu and like always the diva looked regal in her attire from her hair and footwear on point. However, there was one odd thing about the actress’s outfit that grabbed the attention of the paparazzi and it was the price tag on her top. 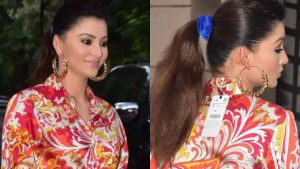 Urvashi Rautela chose a beautiful floral top and looked gorgeous while posing for the cameras. Although, as the actress turned around the price tag of the top could be seen hanging out of the top on her shoulder. As soon as the pictures went viral on the internet, Netizens started trolling the actress for not paying the attention to the tag. “Madam price tag to htta lete,” wrote one user. “Maybe she was too busy to not remove her price tag or she just wanted to show off the price,” wrote another user. 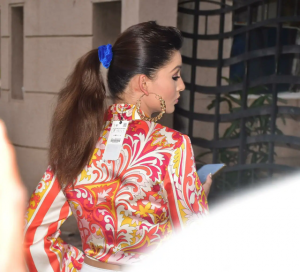 According to the reports the price tag on Urvashi’s top was around Rs 67,697, which made itself is a jaw-dropping amount for anyone.