Indian actress and Model Urvashi Rautela have been in the news for the past few weeks. The diva has been in the limelight over her love life and rift with cricketer Rishabh Pant. However, the actress with a huge fan following has now shared a photo of her admirer who is worshipping her. 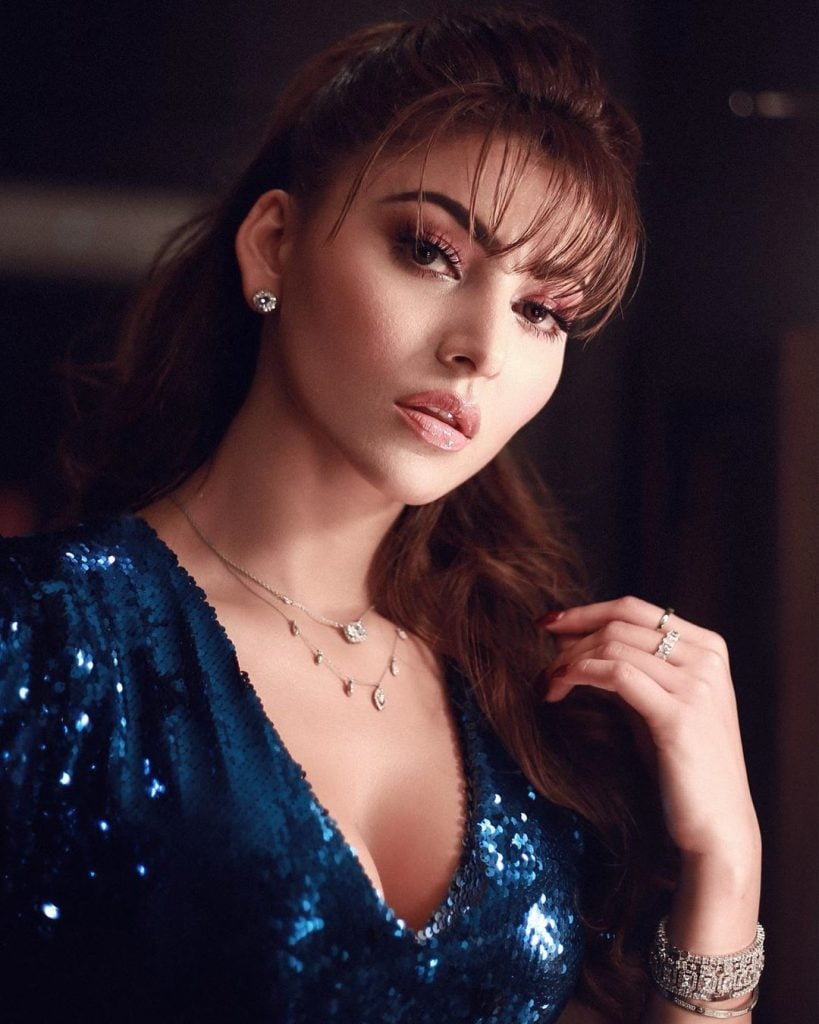 The actress took to her social media handle and posted a photo of her loyal fan and wrote, “Urvashism”. In the photo shared by the actress, a man could be seen wrapped around with a blanket with puja thali in his hands. The man then puts tilak on Urvashi’s photo on his laptop and performs the aarti. It can also be seen that the man has also lightened some incense sticks in front of Urvashi’s photo. 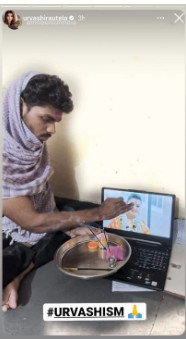 The actress shared this photo in her story on Instagram in which the picture displayed on a laptop screen is her. Urvashi in the photo could be seen in a traditional dress and wearing flower garlands.  Now, the picture shared by the actress is doing rounds on the internet. The fans and followers of the diva are left in splits after watching the photo of this man. Earlier, the actress had also attended an India vs Pakistan match in the stadium and her pictures were going viral. The diva was trolled later as she had earlier claimed that she is not interested in watching cricket matches. Urvashi was also brutally trolled after Rishabh Pant had allegedly written a note on his social media handle for the actress. Later Urvashi had also shared a post in which she indirectly addressed Rishabh Pant as ‘Chotu Bhaiya’.

Saif Ali Khan Reveals Wife Kareena Kapoor’s Bedroom Secrets And Habits
Deepika Padukone Said Veronica’s Character From Cocktail ‘Impacted’ Her Personally, Here’s What She Revealed
BOLLYWOOD SCOOP: Kajol Speaks On Her Marriage With Ajay Devgan And How She Had Two Miscarriages
Arjun Rampal And Pregnant Girlfriend Gabriella Spends Some Quality Time Together At Maldives
Bigg Boss 12 Winner Dipika Kakar To Give Price Money To Mother-In-Law, Plans To Buy This
Deepika Padukone Shares Her Relationship With In-Laws, For Ranveer’s Mom, She Is Her ‘Beti’
Here’s What You Need To Know When Planning Your Punta Mita Vacation..
Throwback Video: When Rani Called Now Enemy Aishwarya Rai Her Friend Forever
Forgot your Anniversary? Here’s How to Make up To Your Wife!