Recently, Farah Khan posted a rare throwback picture from her housewarming and opened up about why Aishwarya Rai was seen applying ‘sindoor’. Farah Khan is one of the eminent faces of Indian cinema. Farah Khan is the director, producer, dancer, and choreographer, Farah has played numerous roles in Bollywood. 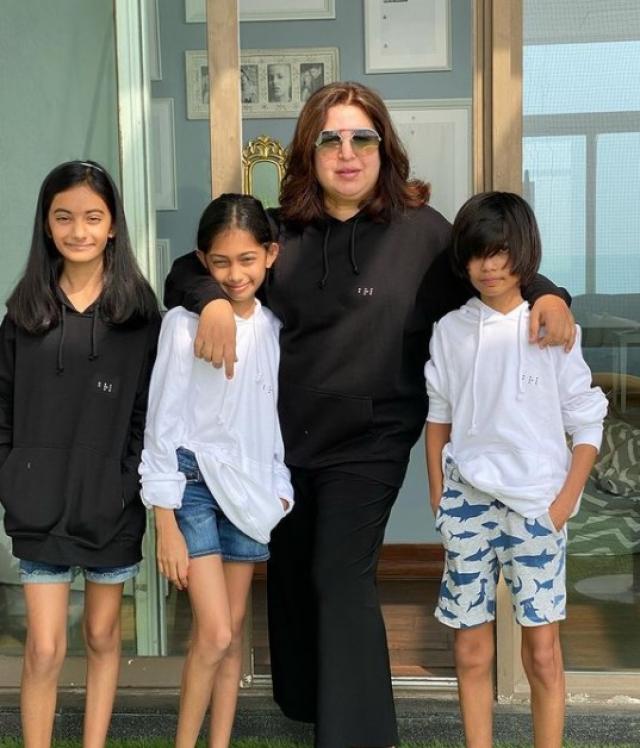 Farah Khan had gotten married to filmmaker Shirish Kunder on December 9, 2004, and her wedding declaration had come as a huge amazement to several as nobody was aware of Farah and Shirish’s relationship. In 2008, Farah and Shirish had welcomed their triplets through IVF, and ever since their lives have been taking care of their children, Diva Kunder, Anya Kunder, and Czar Kunder. In spite of their demanding career, Farah Khan tries to spend most of her time with her family and her social media handle is evidence of the same where she keeps on sharing appetizing pictures of her kids. 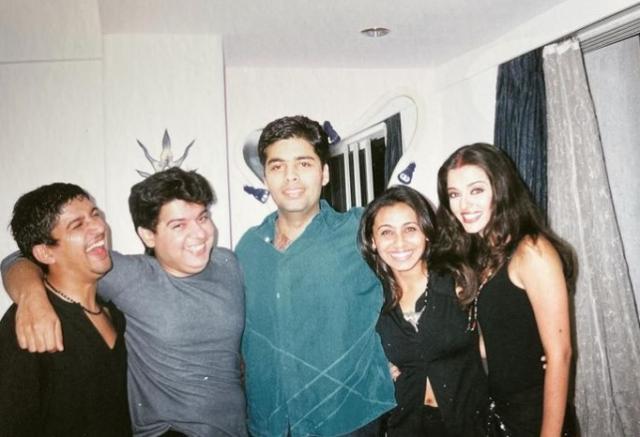 On May 13, 2022, Farah Khan shared a post on her Instagram handle and posted a rare throwback picture from her housewarming. In the picture, we can see Farah’s brother, Sajid Khan, her cousin, Farhan Akhtar, filmmaker, and her close friend, Karan Johar, and actresses, Rani Mukerji and Aishwariya Rai. While posting the picture, Farah Khan unveiled why Aishwarya was seen with sindoor on her forehead and wrote: 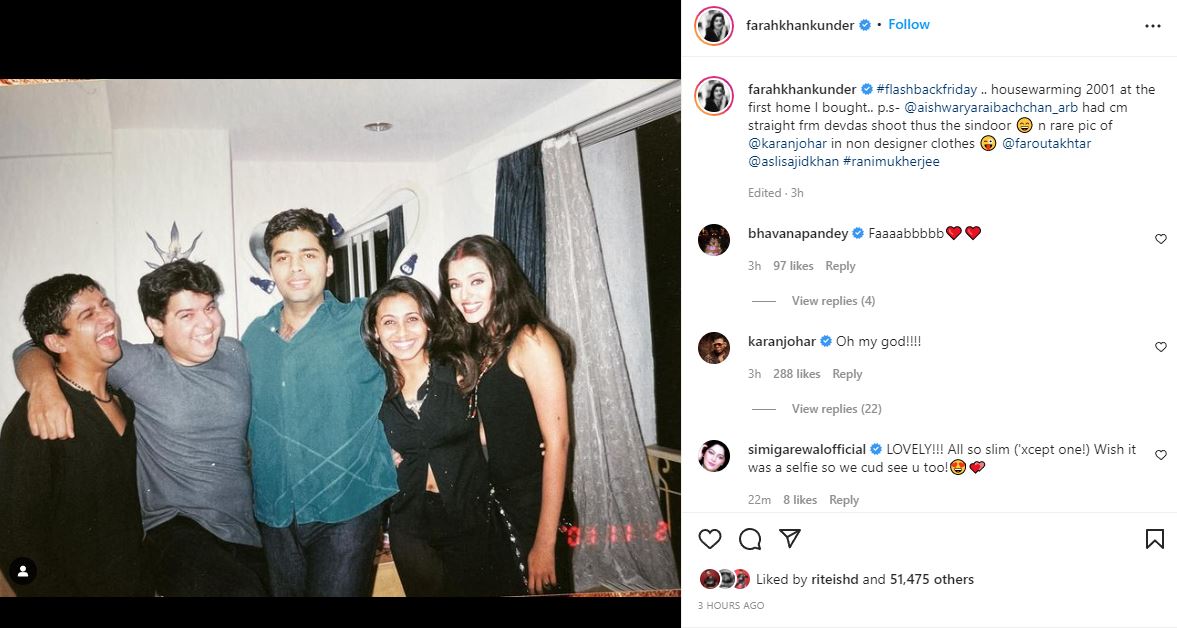 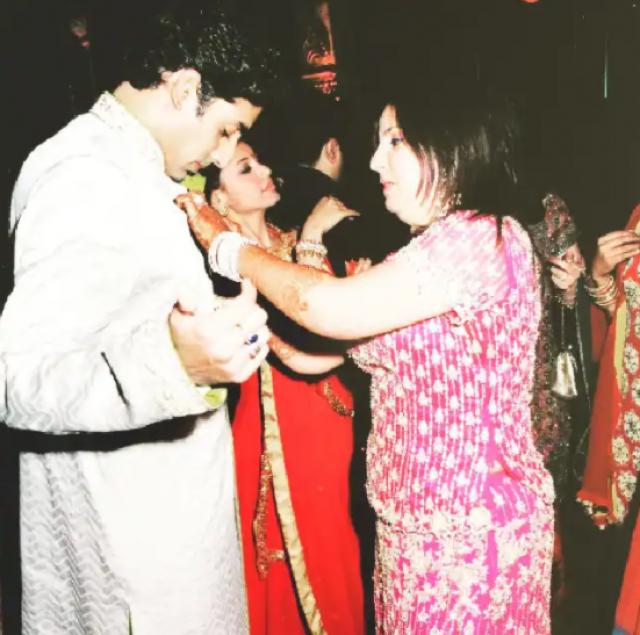 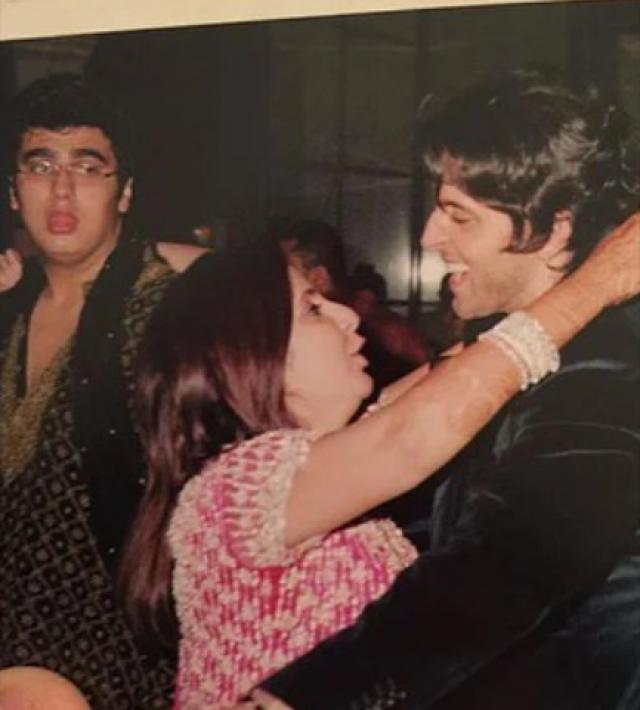 A few months ago, we were surprised by some unseen pictures from Farah Khan and Shirish Kunder’s wedding. The pictures had highlighted some of the famous actors of Bollywood and the way they had looked 17 years back is simply nostalgic. From Shah Rukh Khan-Gauri Khan, Rani Mukerji, Priyanka Chopra, Hrithik Roshan-Sussanne Khan to Arjun Kapoor, the pictures were amazingly unmissable. 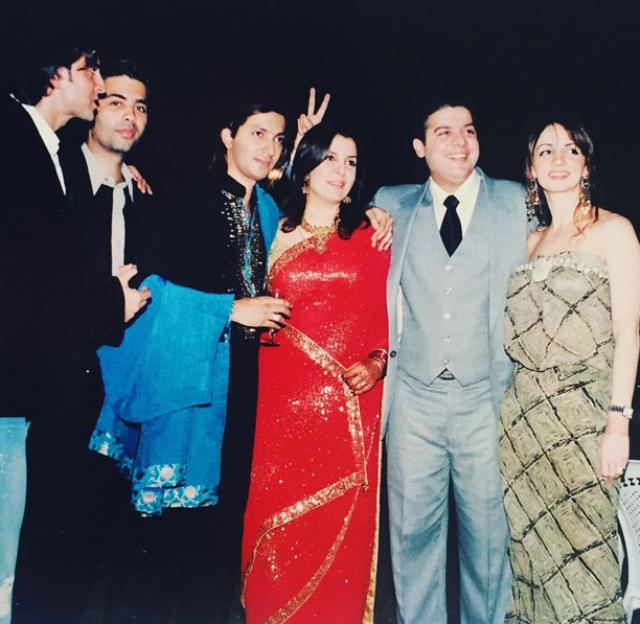 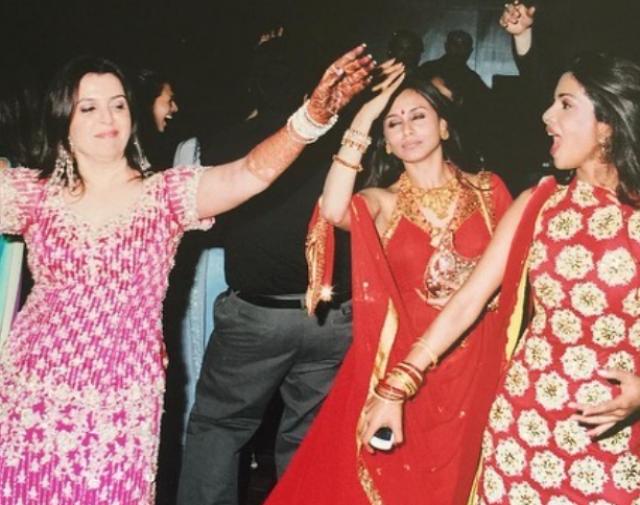 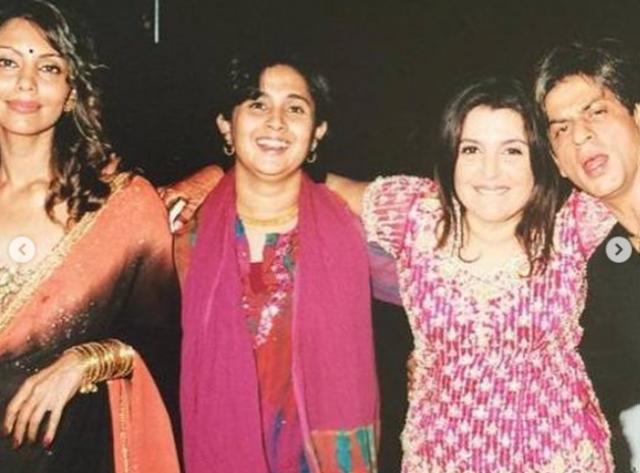 On her 17th wedding anniversary with Shirish on December 9, 2021, Farah had shared two unseen pictures from her wedding alongside an endearing caption that could be read as: “17 years today! Even then @shirishkunder s hair was better than mine #anniversary outfits: @manishmalhotra05.”