“This Is Modern Indian Mother” Rangoli Chandel Takes A Dig At Malaika Arora’s Selfie With Son, Netizens Comes To The Rescue

Kangna Ranaut’s sister Rangoli Chandel seems to be on a slamming spree. Kangana Ranaut and her sister Rangoli have made it their life’s mission to lash out at every single star present in the industry. Rangoli, it seems, like the limelight that she gets by unabashedly speaking her mind in favour of her sister and has been criticized for the same on numerous occasions.

She seems to have joined Twitter and other social media handles with just one goal in mind- to bash and slam all the Bollywood stars who didn’t support her sister. While she has already taken panga with many top names like Taapsee Pannu, Hrithik Roshan, Alia Bhatt, etc. Her recent target is Bollywood diva Malaika Arora. 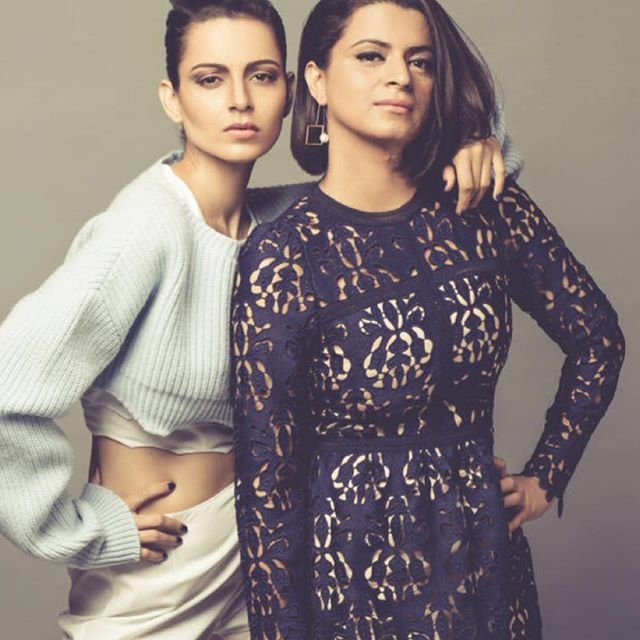 Malaika Arora recently shared a picture with her son and captioned it as “When the son is being all nice and taking care of his mother”. In the picture, Malaika can be seen lying on her bed dressed in a nightdress with plunging neckline with Arhaan besides her. But looks like Rangoli didn’t approve of Malaika’s picture and she shared the picture on her Twitter account and captioned it as, “This is modern Indian mother” followed by clapping and thumb emojis.

Although it wasn’t a direct hit it was pretty evident that Rangoli was trying to target Malaika for her outfit in the picture. Though Malaika chose to keep mum about it, netizens didn’t spare Rangoli and highly criticized her for her distasteful comment on Malaika’s picture. “Falling each day,” wrote a Twitter user, “No wonder! You alone enough to spoil Ur sis career. Once in a while mind ur own business!” wrote another. Take a look:

OMG 😱 what a dirty mind

No wonder ! You alone enough to spoil Ur sis career. Once in a while mind ur own business!

And who are you to judge ?

She later tried to justify herself and wrote, “People are writing very mean things about Malaika, I called her a modern day mom but all the nasty things people saying about her I wonder if this picture suggesting … people, please refrain from over imagination it’s not good.”

Peoole are writing very mean things about Malaika, I called her a modern day mom but all the nasty things people saying about her I wonder if this picture suggesting 😬… people please refrain from over imagination it’s not good 🙏😁

Rangoli even shared a video of her mother on Twitter where the old lady can be seen knitting a sweater for Rangoli’s son Prithvi. She was all praises for her mother and called her mother, “last of authentic Indian mothers generation”. Check it out:

Earlier, Rangoli had taken a dig on Taapsee Pannu and Bhumi Pednekar starrer ‘Saand Ki Aankh’. She raised the issue of ageism in Bollywood, questioning the casting of young actors for aged roles. According to her, Kangana Ranaut refused to do the film because she felt senior actresses like Neena Gupta can pull off the role better than her.