Third-Time Pregnant Lisa Haydon Has A Sassy Reply To A Troll Saying, “You Are Pregnant All The Time”

Lisa Haydon who rose to fame after her stint in the Bollywood film, Queen had also starred in many other blockbuster films. Talking about her personal life she is married to Dino Lalvani. The couple had tied the knot in 2016 in a beach wedding and has been going strong ever since. They had welcomed their first son in 2017 whom they lovingly named Zack. Later, they had welcomed another boy Leo into their lives in 2020. And now the actress is all set to embrace motherhood for the third time.

As the actress is pregnant for the third the netizens are leaving no stone unturned to bully her. A few hours ago, she had shared a picture from her shoot with Harpers Baazar Magazine. In the picture, Lisa can be seen exuding a pregnancy glow and flaunting her baby bump. While some of the fans were really delighted to catch a glimpse of her some of her fans left no chance to bully her. A user commented, “It seems like you are pregnant all the time!! Do you love being pregnant?”

To which the actress gave a sassy reply, she wrote, “Yes, I do it’s a very special time. But also no, not anymore. I look forward to life after childbirth.” 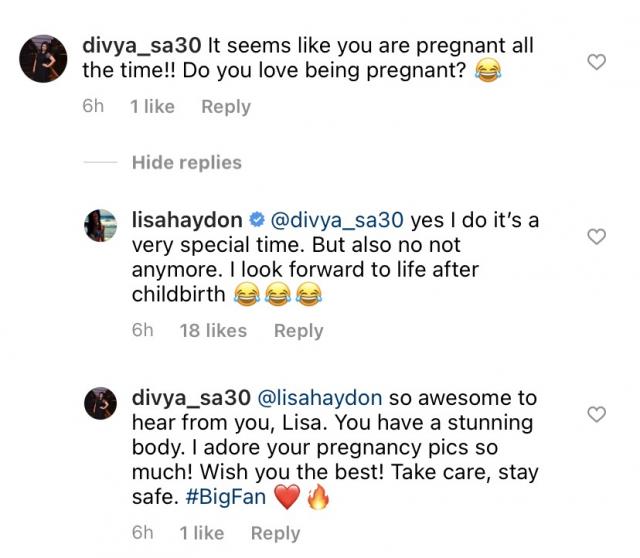