Comedian Munawwar Faruqui has been in constant discussion about his personal life after winning the Lockupp show. In a recent interview, Munawwar has said that he has been dating Najila for a few months and he is often spotted with his girlfriend Najila. Many pictures in his romantic style also became very viral on social media. Now the couple was spotted in Mumbai, in fact both went for a movie date. The interesting thing is that during this time both of them were wearing matching clothes. His video is going viral on social media and users are seen commenting fiercely. Many users are also making fun of Anjali Arora. 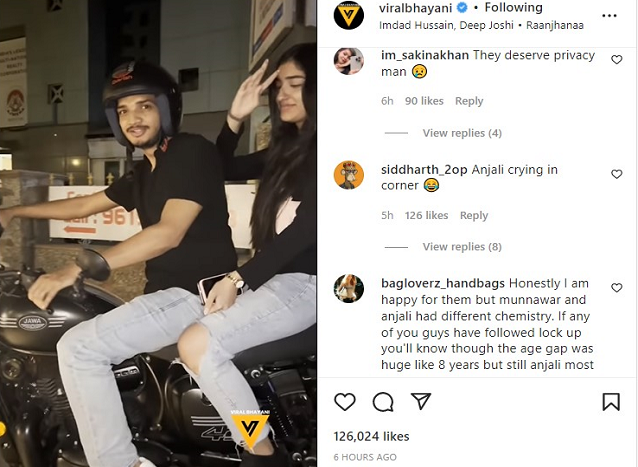 Munawwar and his girlfriend Najila

A video has been shared from the paparazzi account, in which Munawwar and his girlfriend Najila are seen going out on a bike. While Munawwar was wearing a black T-shirt and light blue jeans, Najila too teamed up a black blazer with blue jeans with a black crop top. Fans are very fond of the pair of both and users are showering love. Especially people were also seen praising Najila. 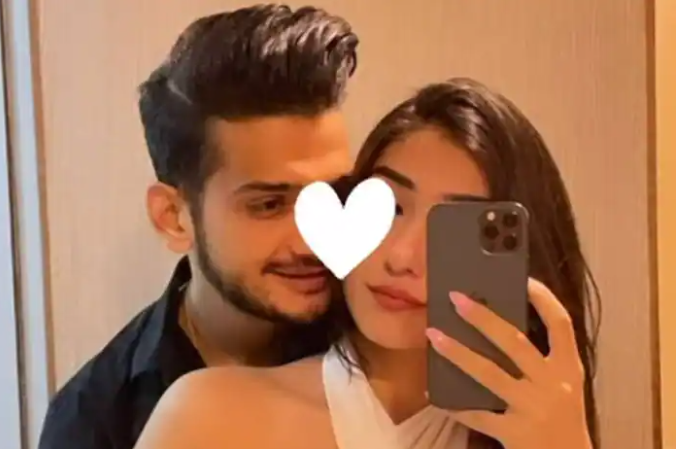 Munawwar and his girlfriend Najila

Fans are looking very happy seeing Munawwar and Najila together. One fan wrote, “MashaAllah beautiful couple…” Similarly another user wrote praising Najila, “Her eyes are so cute”. Some users were also seen commenting about Lockupp participant Anjali Arora. One wrote Anjali to kone mai ro rhi hogi and also posted a laughing emoji. Let us tell you that Anjali and Munawwar were often seen with each other in the Lockupp and the pair of both were well-liked in the show. On social media, users had also given them the name “Munanjali”. Let us tell you here that Munawwar is already married and he also has a son. Although he is separated from his wife.