These Pictures From Debina Bonnerjee’s Baby Shower Will Melt Your Heart; Checkout Here

Famous Television personalities Gurmeet Choudhary and Debina Bonnerjee are all set to welcome their first child. The duo had announced their pregnancy in February this year via social media platforms. Now, the soon-to-be mom Debina has delighted her fans with pictures from her baby shower. The actress who has her own youtube channel often shares tips and tricks for good skin and hair with her fans. 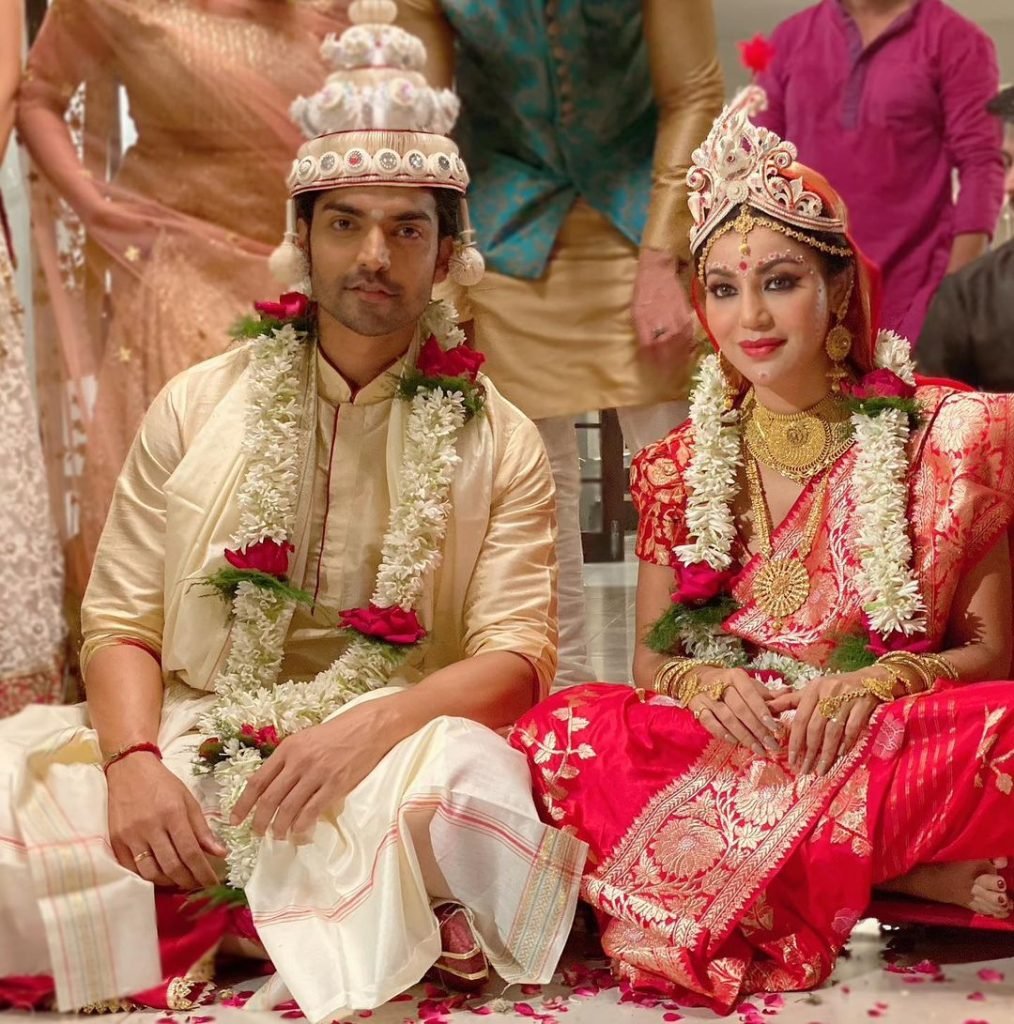 Debina in her baby shower pictures looked so radiant naturally that her pregnancy glow is very much visible. The actress chose to wear a maroon dress for the occasion and also wore bold red lipsticks which completely complimented her looks.

Talking about the tradition celebrated in Bengali, Debina explained that ‘Saadh’ in Bengali is a ceremony with is celebrated as ‘God Bharayi’ in North India or ‘Baby Shower’ in the western countries. ” Debina also mentioned that she doesn’t crave for anything during her pregnancy.. so her mother cooked all things which she could think of. The actress also mentioned that she wanted to keep the whole ceremony private and entirely up to himself as already feels (the child) as her company. 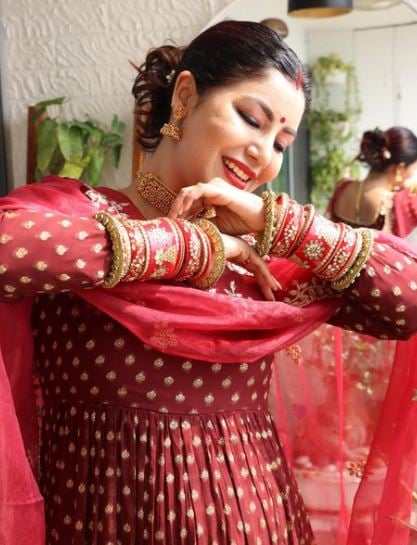 For those who don’t know, Gurmeet and Debina met eachother on the sets of a mythological show ‘Ramayan’ in the year 2008. In the show, Gurmeet had played the character of Lord Rama, while Debina portrayed the role of Sita. Gurmeet and Debina have also participated in many reality shows in the past such as ‘Khatro ke khiladi’. The duo tied that knot in the year 2011 and now will soon become parents to a child.