The 8th richest man in the world-Mukesh Ambani

The chairman of reliance industries, Mukesh Ambani  has now become the 8th richest person in the world according to the Huran Global Rich List  2021. Being the largest exporter , 8 per cent of the country’s export and 5 per cent of India’s total revenues from custiom and exercise duty. Ambani’s not only flourishing their business in telecom sector but also widen their field of interest in financial, construction, entertainment, power, healthcare, aviation etc. 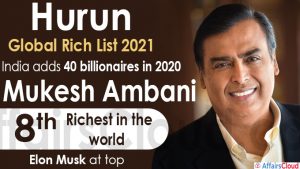 The tagline of reliance industries itself suggest that “growth is life” , the ambani group increase their growth by widening their business with their never ending spirit. Reliance Industries ltd comes in the fortune global 500 company and the also the most valuable company by market value. 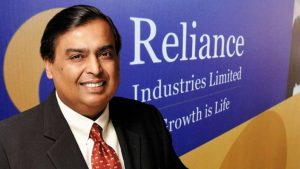 The business was setup by his father Dhirubhai Ambani  in the late 1950s as a small textile manufacturing unit . After that they expanded their business to other areas and grow rapidly. Mukesh Ambani has also played a significant role in establishing the world’s largest petroleum refinery at Jamnagar (Gujrat) at a very basic level .

Mukesh Ambani has also listed consistently as India’s richest man over a decade by the forbes magazine. Ambani group plays a major role in our economy  with its major contribution.