Taapsee Was Asked If She Misses Kangana Ranaut On Twitter; Actress Comeback With A Befitting Reply

Actress Taapsee Pannu is a great example of when beauty meets hard work. She is not just one of the gorgeous actresses of the industry but is widely popular for her acting skills and choice of scripts. Recently, the diva was quite busy promoting her latest release Haseen Dillruba directed by Vinil Mathew that stars actor Vikrant Massey and Harshvardhan Rane in key roles. 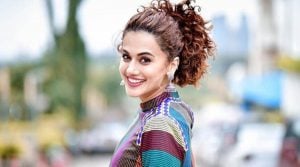 Apart from giving hit movies with unique stories, Taapsee was also once making the headlines for her heated arguments with actresses Kangana Ranaut and her sister Rangoli Chandel on different social media platforms. One such notorious banter between the two garnered a lot of attention when the Kangana and her sister had called Taapsee a B-grade actress and also labeled her as ‘sasti copy’ of Bollywood’s queen Kangana Ranaut. 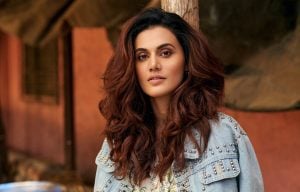 In the year 2019, Kangana’s sister Rangoli had remarked Taapsee as ‘sasti copy of Kangana for allegedly copying Kangana’s fashion sense. “Kuch log Kangana ko copy kar ke he apni dukaan chalate hain, magar pls note, they never acknowledge her not even a mention of her name in praising the trailer, last I heard Taapsee ji said Kangana needs a double filter and Tapsee ji you need to stop being a sasti copy.” Rangoli had twitted.

Recently, during the promotion of Taapsee’s recently released movie Haseen Dilruba the actress was asked by media personnel if she misses Kangana Ranaut on Twitter, to which the actress said that she doesn’t miss her, neither now nor before and she never wants her. Taapsee further mentioned that the feeling of love and hate comes from the heart but she doesn’t have anything for Kangana as she is indifferent towards her and it is certainly the worst feeling that a person has for another.