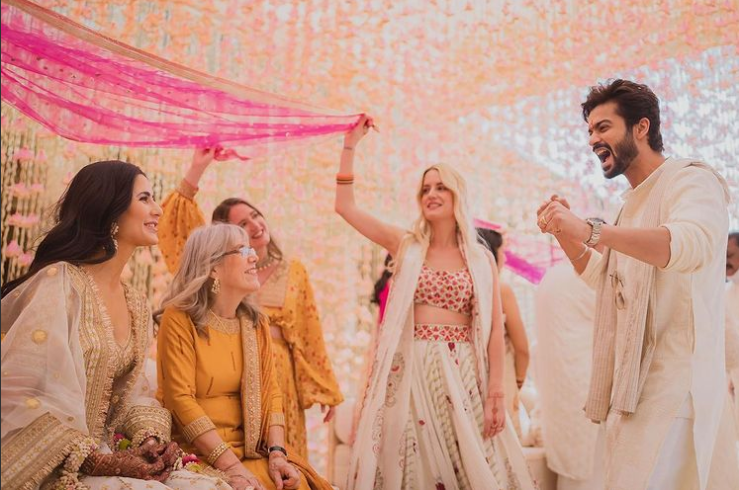 He is looking well dressed in a long kurta with a matching churidar, a sleeveless jacket, and a stole. The actor Sunny Kaushal wrote in the caption, “Pose like a king, dress like a warrior..” His sister-in-law and actress Katrina Kaif reacted to his post.

Katrina Kaif dropped a comment on it that read: “Vibe hai, vibe hai.” The comment has over 8000 likes from fans. Katrina Kaif married Sunny’s brother and National Award-winning actor Vicky Kaushal in December in an intimate ceremony in Rajasthan. Moreover, other celebrities too praised Sunny’s look for brother Vicky’s wedding that took place in December 2021. 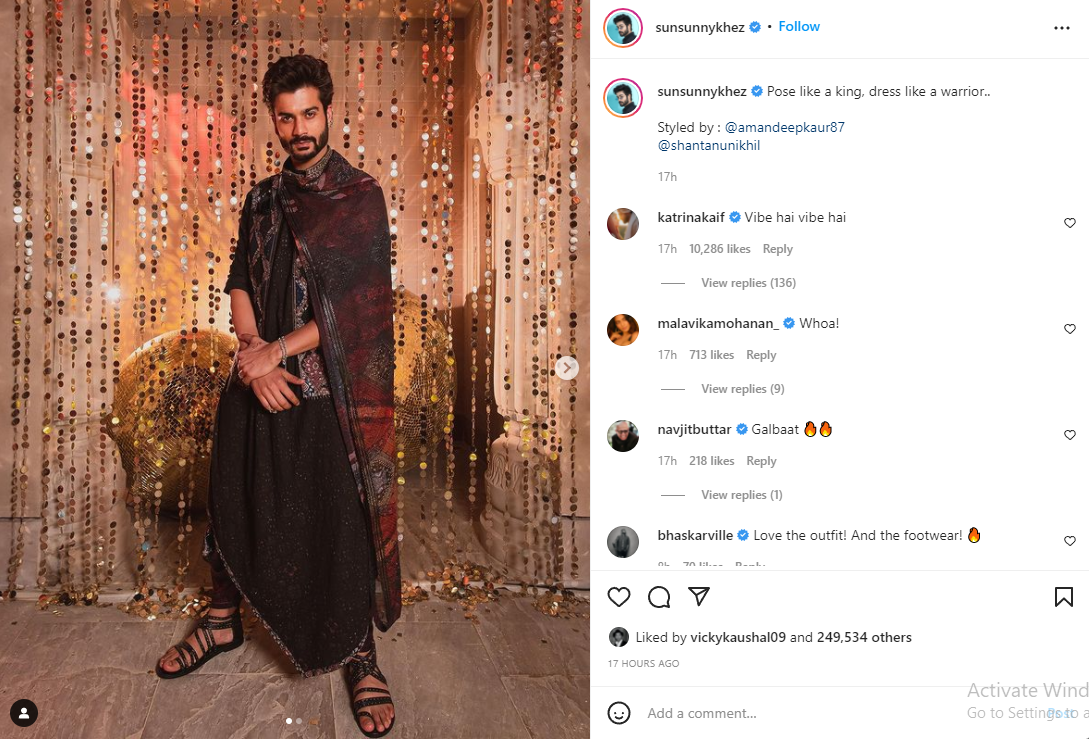 Bollywood stars Vicky Kaushal and Katrina Kaif, who had married in a private ceremony at the luxurious Six Senses Fort Barwara in Sawai Madhopur, Rajasthan, returned to Mumbai last week after enjoying a romantic honeymoon, which reports suggest was in the Maldives. Recently, they shifted to their new house and had their housewarming rituals. 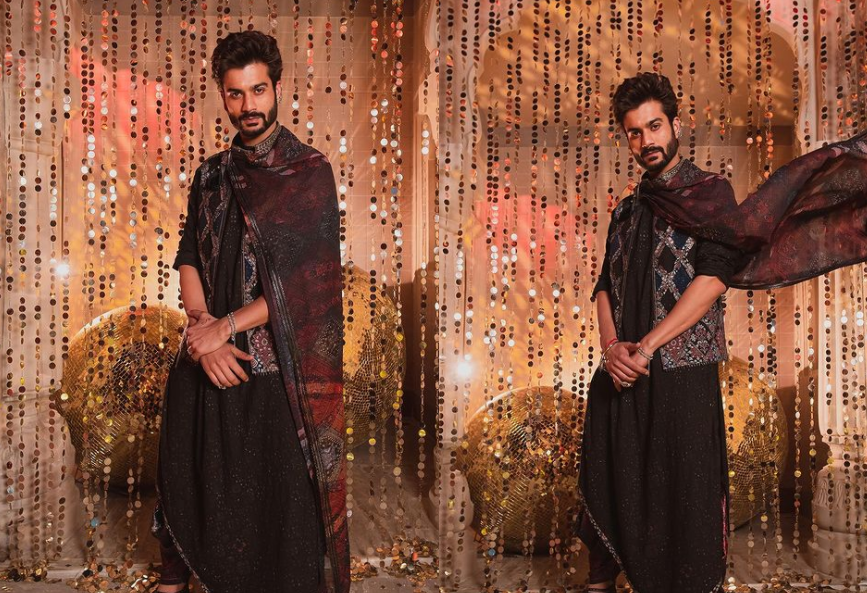 The actress Katrina Kaif has returned to the shoot sets for her upcoming film ‘Merry Christmas’ which is directed by Vijay Sethupathi. Apart from this, she has two films in her ‘kitty’ and Salman Khan’s ‘Tiger 3’ and Farhan Akhtar’s ‘Jee Le Zara’, co-starring Priyanka Chopra and Alia Bhatt.