Bollywood diva Sonam Kapoor shared a post on her Instagram handle and shared pictures as she stepped out in an Abu Jani Sandeep Khosla dress. She flaunted her baby bump like a royal princess. A motherhood journey gives many physical transformations, it is one of the best feelings for every woman. 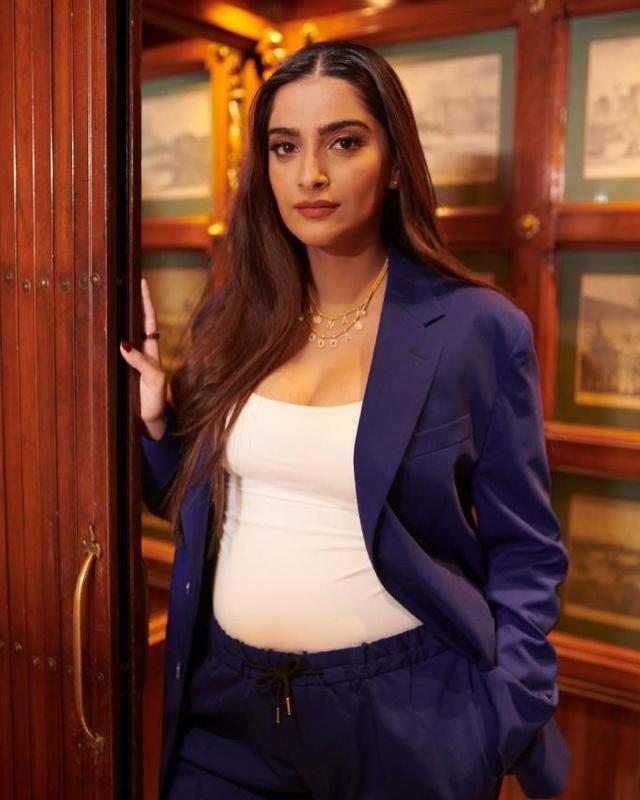 Bollywood star, Sonam Kapoor is cherished every sec of her pregnancy. In 2018,  after dating for a while, Sonam Kapoor had tied the knot with her beau, Anand Ahuja. A few weeks back, Sonam had shared a post on her Instagram handle and had confirmed her pregnancy news. She had posted pictures from her maternity shoot, whereof the soon-to-be-mom was seen wearing a black monokini and had flaunted her baby bump. Alongside it, she had written: 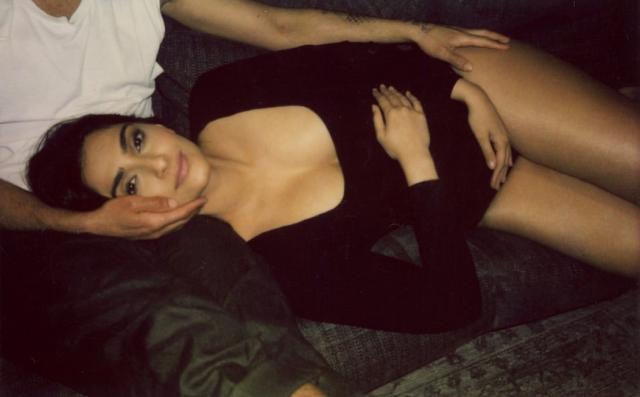 “Four hands to raise you the very best we can. Two hearts. That will beat in unison with yours, every step of the way. One family. Who will shower you with love and support. We can’t wait to welcome you.” 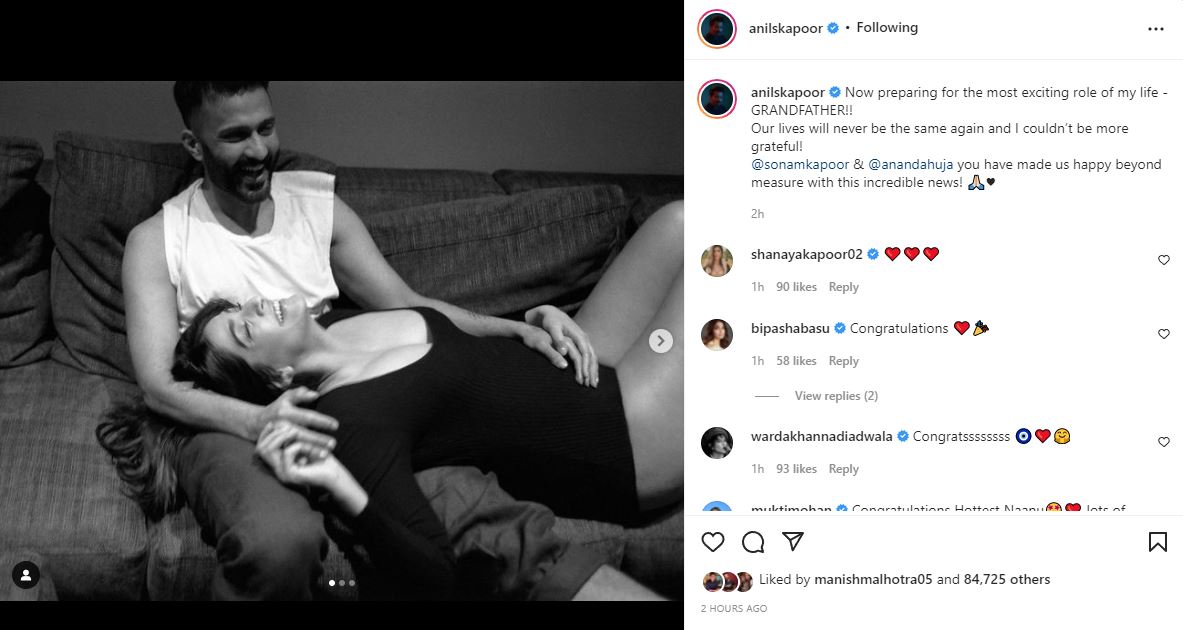 A few moments ago, Sonam Kapoor shared a post on her Instagram handle and shared an attire of pictures from her new shoot as she stepped out for Abu Jani’s birthday eve. In the pictures, she looked like a royal princess as she stunned in an Abu Jani Sandeep Khosla dress. She wore a satin white one-shouldered top with a dhoti-style skirt and a dupatta embellished with pearl drops. Sonam flaunted her baby bump and radiated her pregnancy glow. 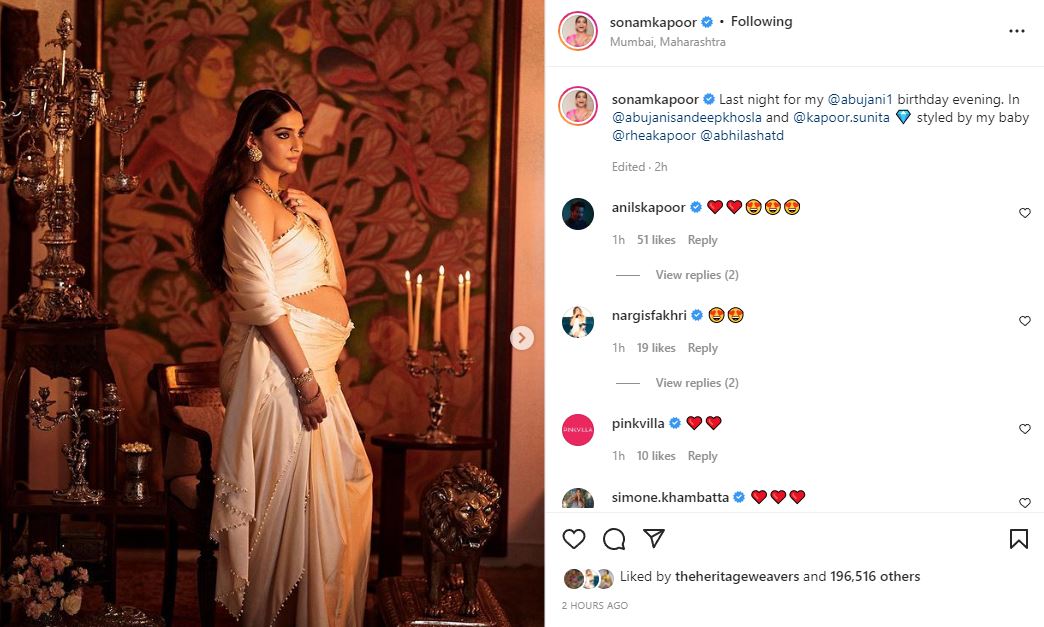 For jewellery, she chose to pair her look with her mom, Sunita Kapoor’s creation, and wore a statement necklace, big round studs, and bangles. While sharing the picture, she stated that her sister, Rhea Kapoor helped her put together this look. She wrote: “Last night for my @abujani1 birthday evening. In @abujanisandeepkhosla and @kapoor.sunita styled by my baby @rheakapoor.” 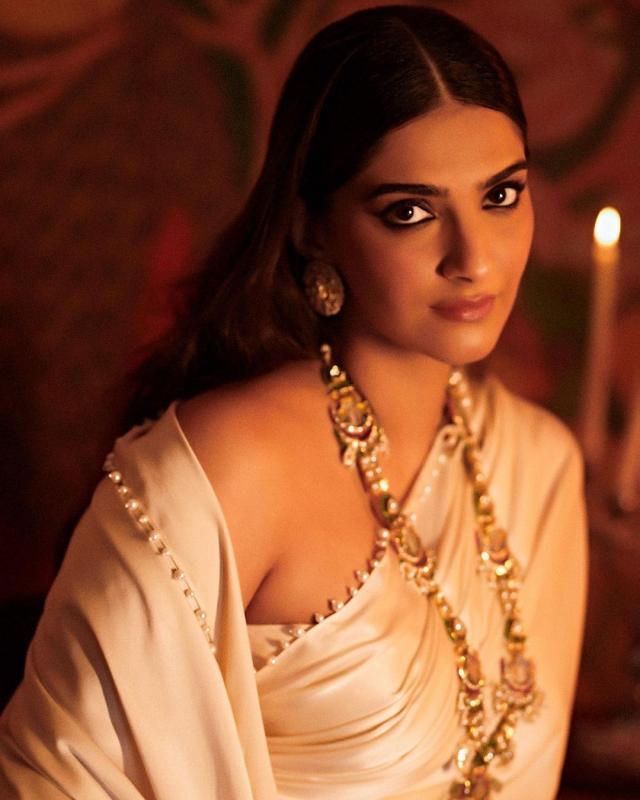 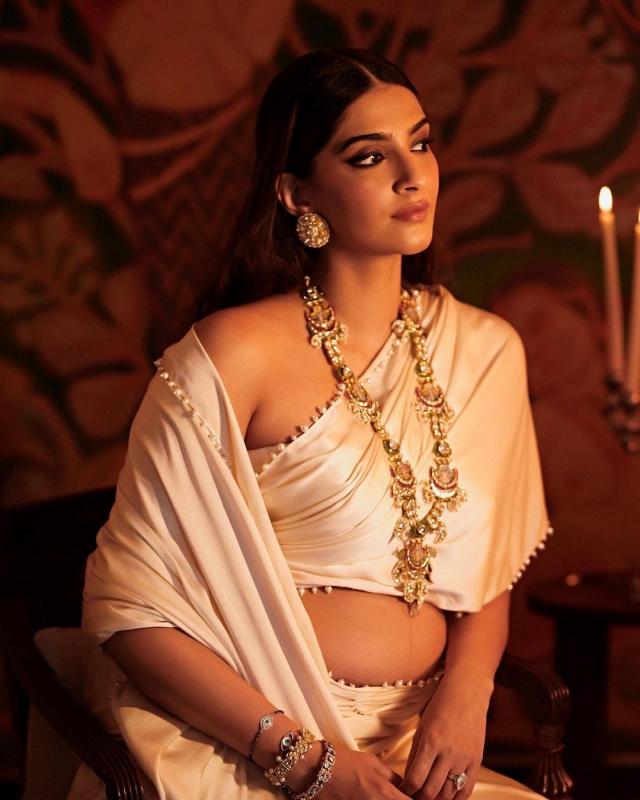 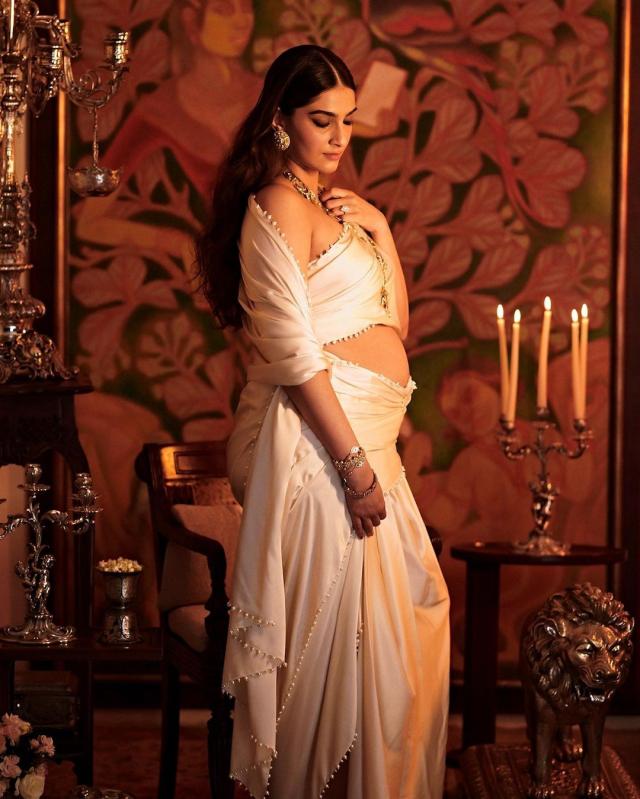 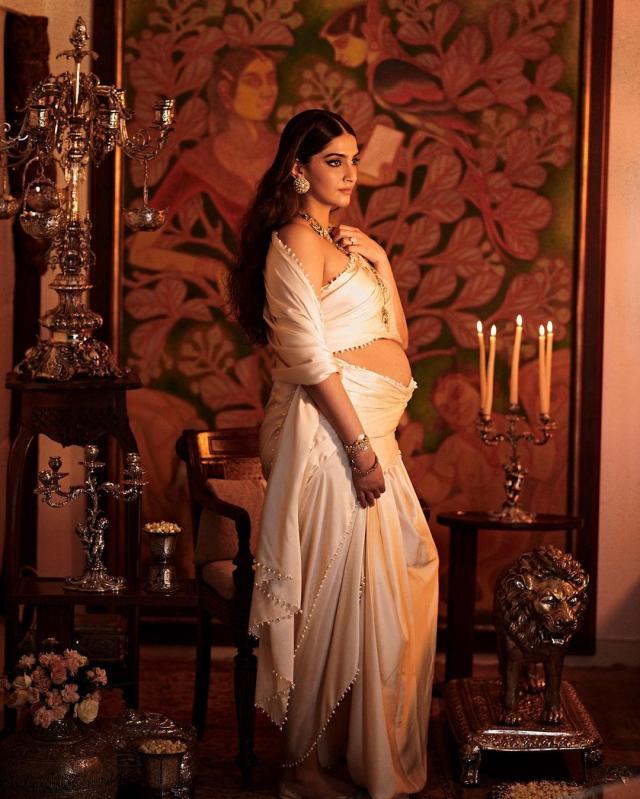 On March 30, 2022, Sonam Kapoor had shared a post on her Instagram stories and had shared her pregnancy cravings pictures. We could see in a picture the box full of chocolate chip slice cakes. Alongside the pictures, she had stated that she has been satisfying her cravings like this. She had written atop it: “Satisfying my pregnancy cravings @poojadhingra to the rescue.” 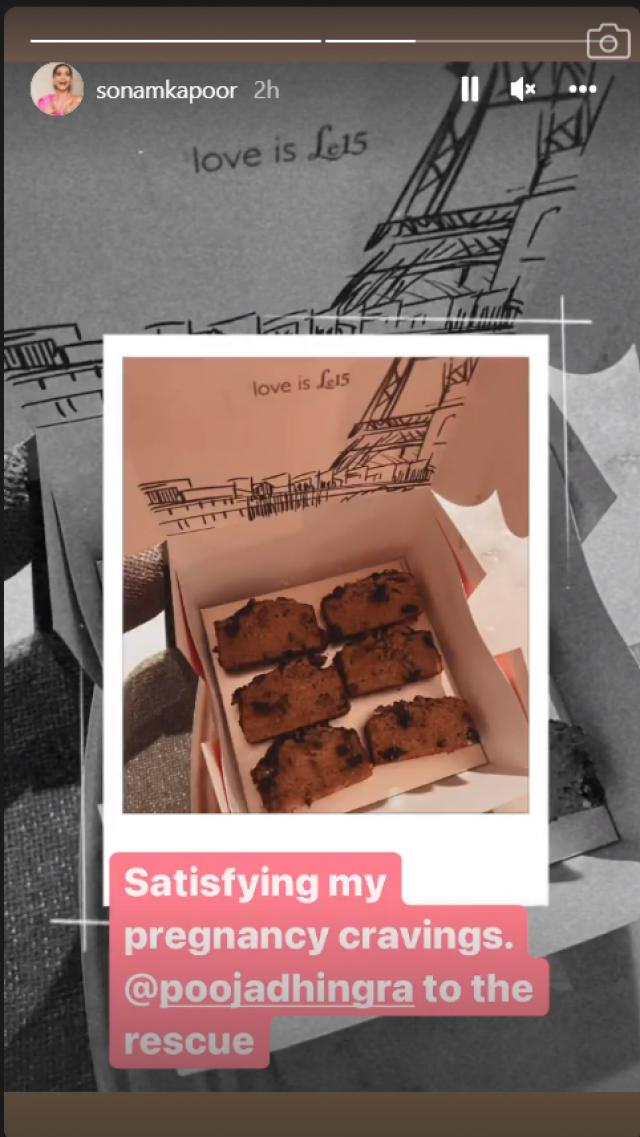 In a chat with Vogue India, Sonam Kapoor had revealed that her pregnancy journey hasn’t been easy. She had added that the first three months were difficult in a way she wasn’t prepared for. She had expressed:

“It’s been tough—nobody tells you how hard it is. Everybody tells you how wonderful it is. The reason we’re all here is to change and become better versions of ourselves. So that evolution is something I look forward to.”