After Raj Kundra’s arrest in connection with the alleged pornographic racket, Shilpa Shetty’s life went topsy turvy. However, the actress has maintained grace and made her first official post. After that from attending a COVID-19 fundraiser event to making a comeback on the sets of dance reality show the actress is hellbent on getting her life back on track. The actress is mercilessly trolled on and off for her public appearances but she is not letting anything dampen her spirits.

On September 1, 2021, talk show host Janice Sequeira posted a clip from the upcoming episode of her show Social Media Star With Janice. The episode which was shot at the beginning of July 2021 features Shilpa Shetty and content creator Be You Nick. In the episode, Shilpa Shetty was seen laughing uncontrollably which didn’t go down well with the netizens. Since the episode is going to be aired amid Raj Kundra’s ongoing controversy Shilpa Shetty has again come at the receiving end of criticism. 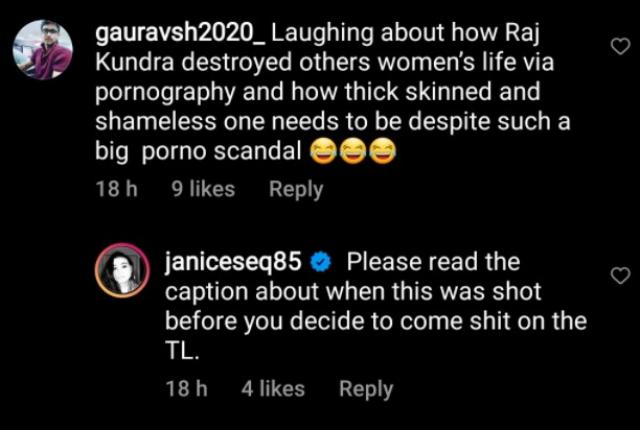 जिम में जमकर पसीना बहा रही रिया चक्रवर्ती, फोटोग्राफर ने पूछा हाल तो दिया ये जवाब
Adhyayan Suman Shares Becoming Alcoholic And Getting Anxiety After His Break-up Eight Years Back, “I Am Still Dealing With This”
Actor Mohit Raina Got Married On New Year With Girlfriend In An Intimate Wedding, Exclusive!!
Sherlyn Chopra Shares A Pic With Raj Kundra Claiming It’s From The First Day Of Her Shoot For Her App