Shilpa Shetty Reacts As Raj Kundra Gets Bail In P*rnographic Case, Says, “Beautiful Things Can Happen After A Bad Storm”

Raj Kundra and Shilpa Shetty have been the talk of the town for the last few months due to the former’s involvement in the alleged creation and distribution of pornographic content. Raj Kundra was arrested with 11 other people but he is said to be the key conspirator of the case. And now after almost two months of his arrest, Raj Kundra was granted bail.

Soon after the actress posted a positive and happy quote on her Instagram to show her support towards her better half. She took to her Instagram to share a quote by Roger Lee which read, “Rainbows exist to prove that beautiful things can happen after a bad storm.” 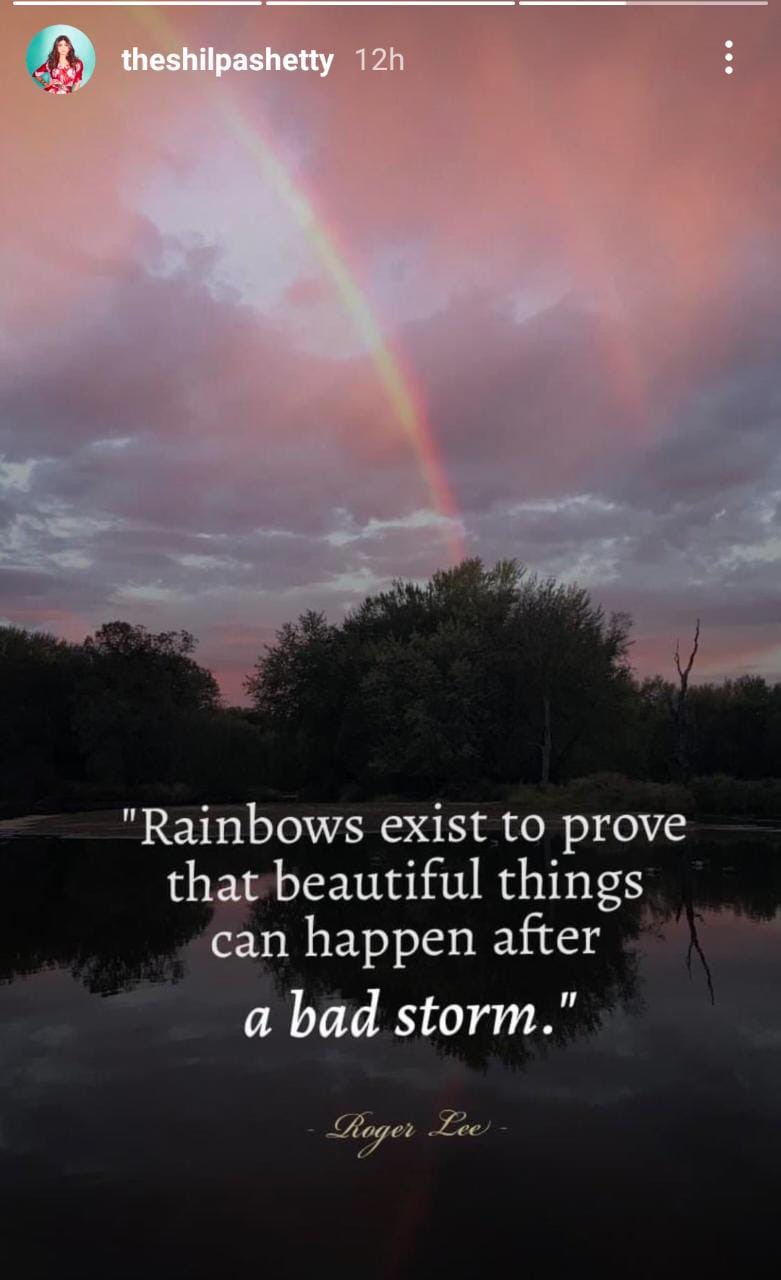 Shilpa Shetty had recently visited Vaishno Devi shrine to offer prayers to the goddess. We came across several pictures of the actress taking the journey to the shrine on a horse. In one of the videos the actress had said, “It was due to the goddesses’ call that I came all the way to pay obeisance to her.”

According to a report in Times Of India, the advocate of Karan Kundra said, “We had submitted (before the court) that the charge sheet in the case has been filed and hence, we are filing for bail now; which the court has now granted.”