Shanaya Kapoor Dances Her Heart Out At Cousin’s Engagement In Saree: Check It Out!

Shanaya Kapoor, a Bollywood actress and the daughter of actor Sanjay Kapoor, is getting ready to make her big screen debut with Dharma Productions. At her cousin’s engagement party, the actress managed to win everyone over with her incredible dancing skills. Everyone in the room noticed Shanaya’s dancing at the celebration. On December 17, 2022, actress and socialite Maheep Kapoor shared photos from the engagement ceremony on her Instagram account. 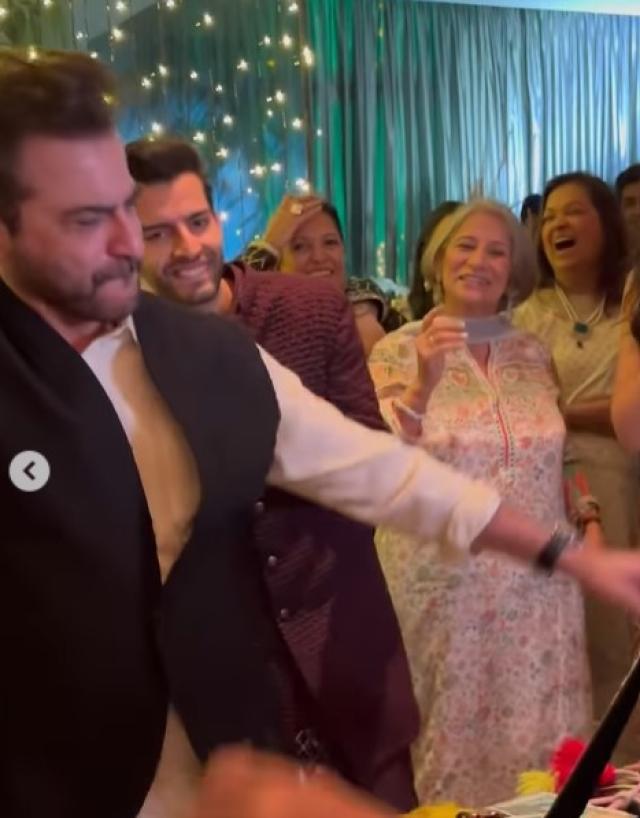 Sanjay Kapoor could be seen grooving to the dhol in one of the videos. Shanaya, Sanjay’s adorable daughter, however, gave her father a serious run for his money. As soon as Shanaya put on her dancing shoes, she showed off her thumkas, which were completely impossible to overlook. To watch the video, click here. Regarding Shanaya’s attire for the celebration, she wore a sequined, beige saree with an off-the-shoulder blouse. Shanaya accessorised her outfit with delicate earrings instead of wearing a lot of jewellery. Shanaya kept her makeup natural and let her hair hang down. Her dancing demonstrated that the famous child is undoubtedly prepared to light up the big screen. 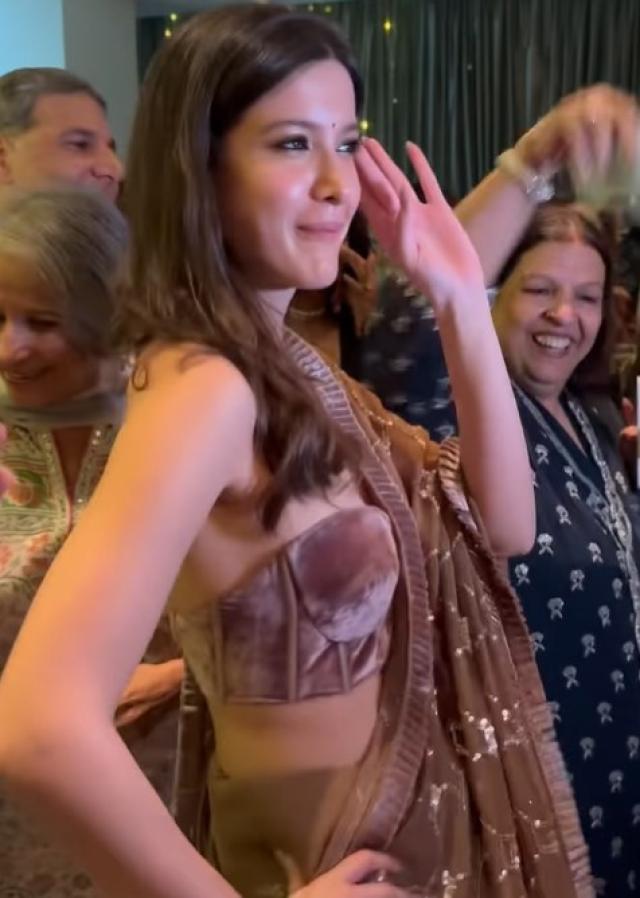 Shanaya Kapoor, the daughter of Sanjay and Maheep Kapoor, started her career as a model some time ago. She made her debut in Bollywood with Gunjan Saxena: The Kargil Girl, a movie starring her cousin Janhvi Kapoor. In the movie, she served as an assistant director and experimented with the craft of filmmaking. Additionally, Shanaya appeared in the Netflix series Fabulous Lives of Bollywood Wives, which also starred her mother Maheep. 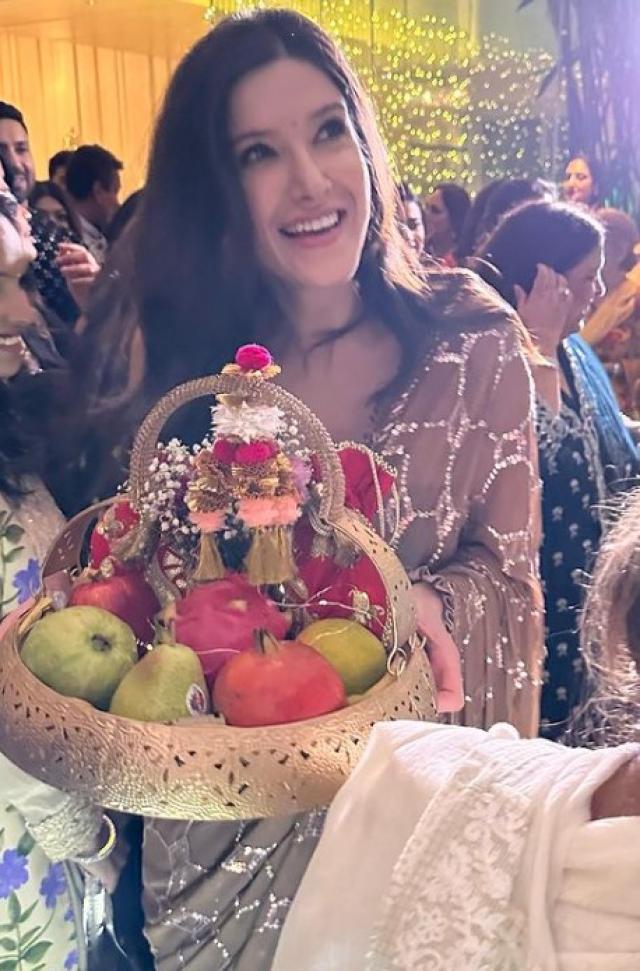 Shanaya Kapoor uses social media extensively and frequently posts glimpses into her private life. She frequently appears in cute photos with her best friends Suhana Khan and Ananya Panday on her Instagram account. The three have set enormous friendship objectives for us, whether they’re partying together or just cherishing every second of their life. Shanaya’s much anticipated Bollywood debut was revealed by renowned filmmaker Karan Johar in 2021. Shanaya will begin her acting career with Dharma Productions, according to Karan who previously launched Shanaya’s cousin Janhvi Kapoor. 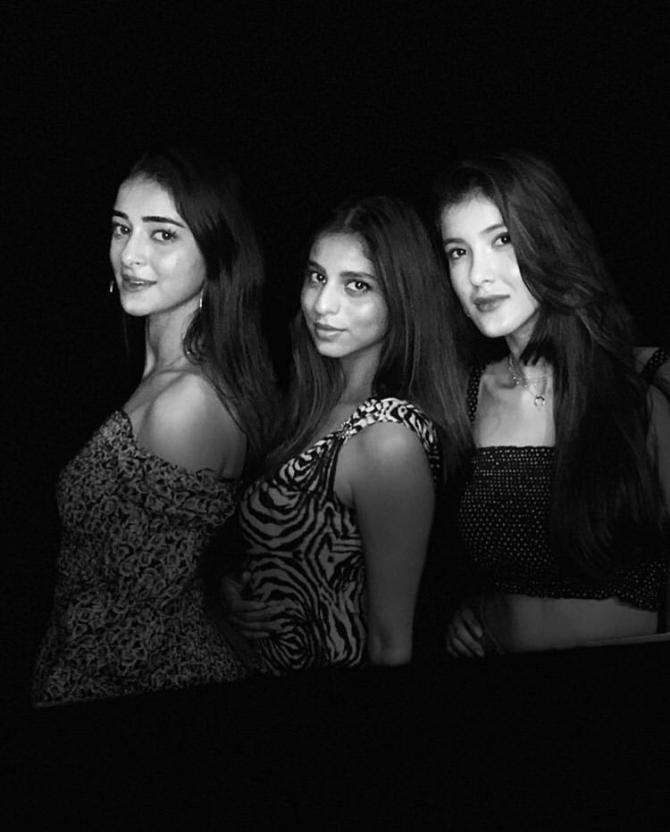 Shanaya is already attracting a lot of attention for her fashion choices before she even makes her Bollywood debut. The young diva frequently presents us with mesmerising images of herself looking stunning in various outfits. Shanaya can pull off any look, whether it be conventional or modern. Like her stylish cousin, actress Sonam Kapoor, the actress frequently sets the standard for fashion fairly high. 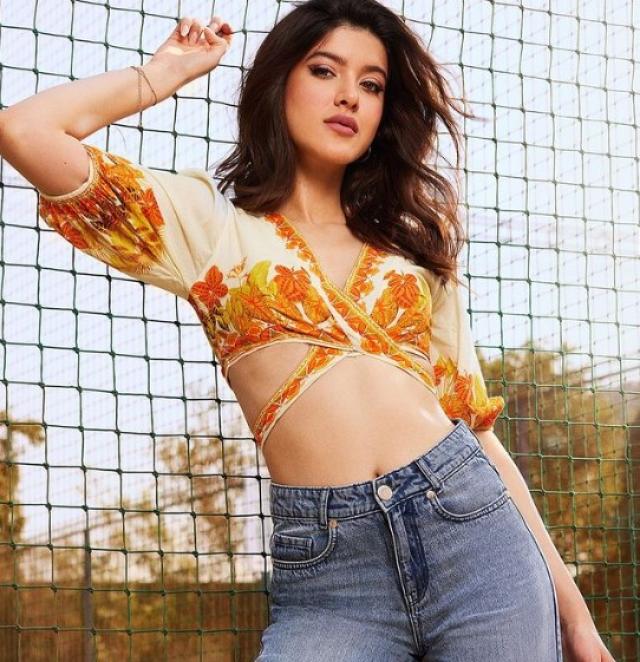