Sabyasachi Reveals Vicky Kaushal And Katrina Kaif Didn’t See Each Other’s Outfits Till The Wedding Day As It Is A Big Day For Them: See The Pictures Here!!

Recently, the designer Sabyasachi Mukherjee revealed that the couple Vicky Kaushal and Katrina Kaif did not see each other’s outfits till the day of the wedding; their visions were in alignment. In a recent conversation with Vogue India, Sabyasachi, who was the person behind the bride and groom’s big day outfits, revealed how it all came about. Katrina Kaif and Vicky Kaushal have recently got married. In the latest set of pictures posted by the newlyweds, you can get a peek inside the beautiful wedding of Katrina kaif and Vicky Kaushal. 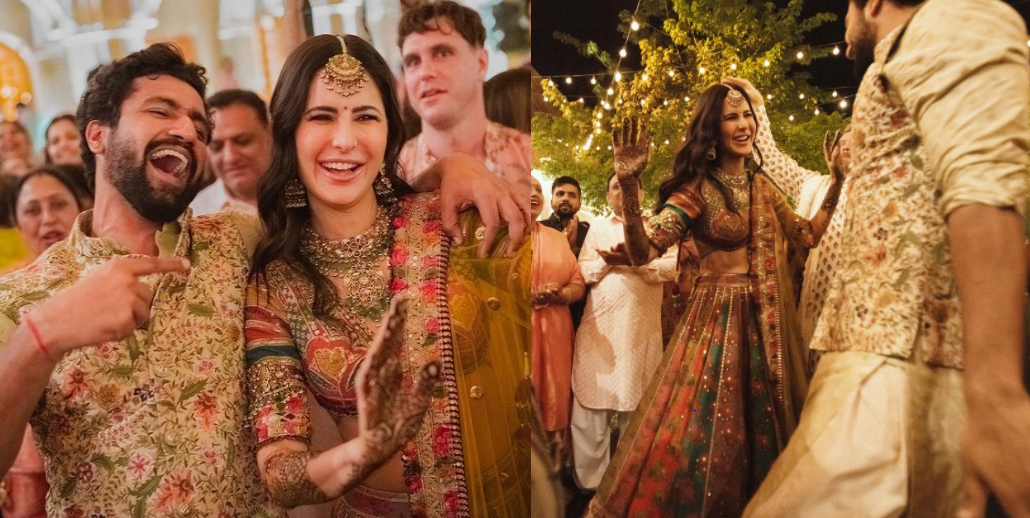 The designer Sabyasachi revealed that Vicky Kaushal and Katrina Kaif had a clear idea. “I love working with couples who know who they are and what they want,” he said, adding that their personal expression came through. “Katrina is methodical and meticulous, and that made it easy for me to interpret their vision through my aesthetic. They are aware of their heritage and personal expression, and meld the two together in a most authentic way, which aligns perfectly with my own vision as a designer,” he said. 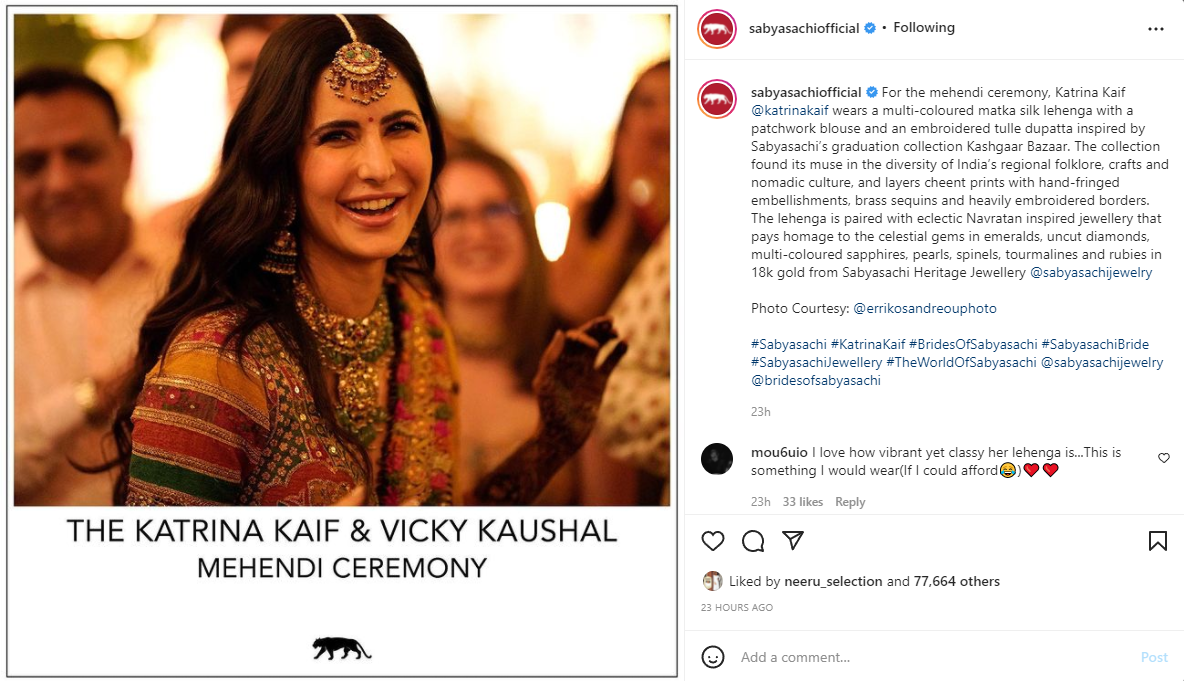 Sabyasachi has become the main choice for brides and grooms in India and for Indians across the world, revealing that Katrina and Vicky’s visions were in sync. “The bride and groom didn’t see what the other was wearing until the day of the wedding, so it was beautiful to witness how in sync their visions were even as we worked on their ensembles, separately,” he revealed. 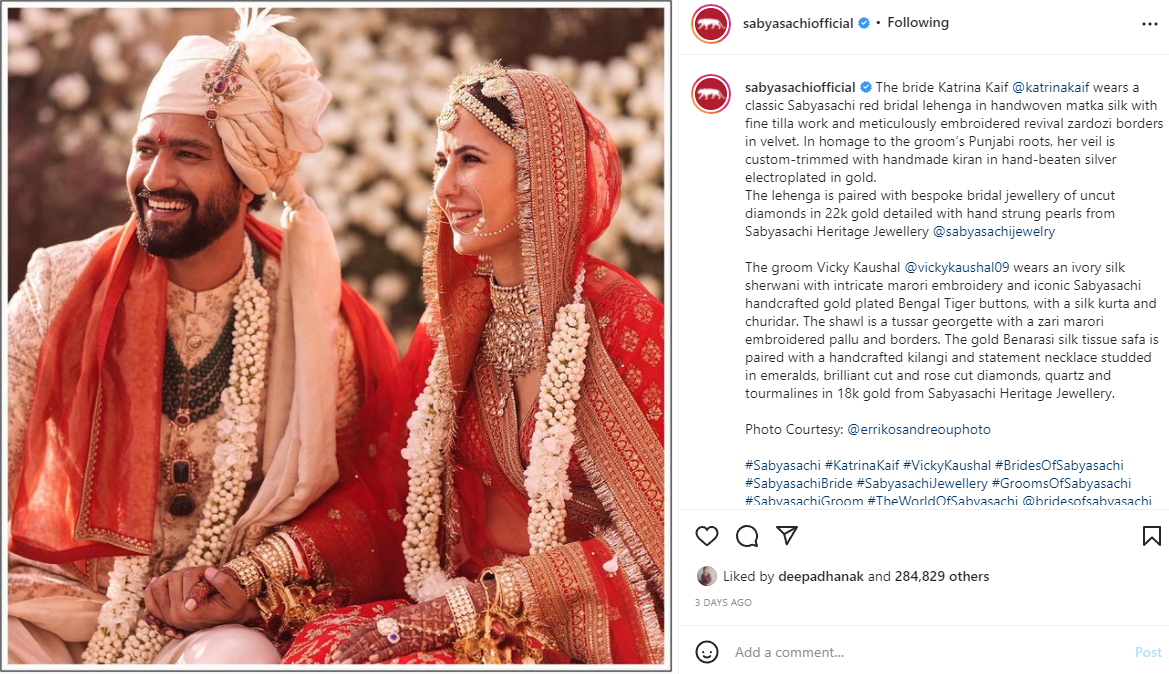 The actress Katrina Kaif picked out a classic red wedding lehenga, she was looking stunning in shades of ivory and gold for her Haldi. In her Mehendi ceremony, Katrina wore a multi-colored Matka silk lehenga with a patchwork blouse and an embroidered tulle dupatta. The actor Vicky Kaushal wore an ivory silk sherwani for his wedding, an embroidered Khadi Kurta and Salwar for his haldi, and an embroidered raw silk bandhgala jacket, a mint silk kurta, and a Bangalore silk ivory Salwar for the Mehendi function. They tied the knot on December 9 at the Six Senses Fort Barwara in Rajasthan. 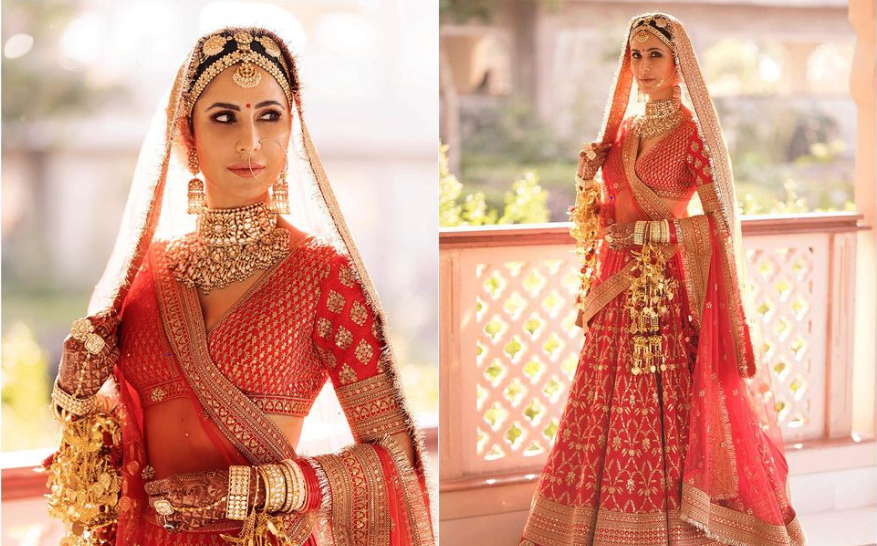 Katrina kaif and Vicky Kaushal were seen wearing Sabyasachi outfits at their wedding. And we all know that Sabyasachi is a very big name in itself. And all Bollywood celebrities have been seen wearing Sabyasachi’s clothes at their weddings even before. Katrina and Vicky Kaushal, who have been in the headlines for a long time, shared their wedding pictures. The couple, who have been featuring in headlines for their rather private wedding, shared the first pictures from their big day on social media. Initially, they were very secretive about their relationship.