Malaika Arora and Arjun Kapoor spend time together. On Sunday, Malaika and Arjun showed their lunch to their fans. Malaika shared a photo of Arjun and his pet Casper. Malaika tagged them as “My Sunday view <3.” She also gave a sneak peek into her delicious lunch spread.

Later, Arjun shared an amazing photo of Malaika and told his fans that she was making spaghetti for him. “The pasta and the maker,” Arjun wrote on the picture that he shared on his Instagram account. 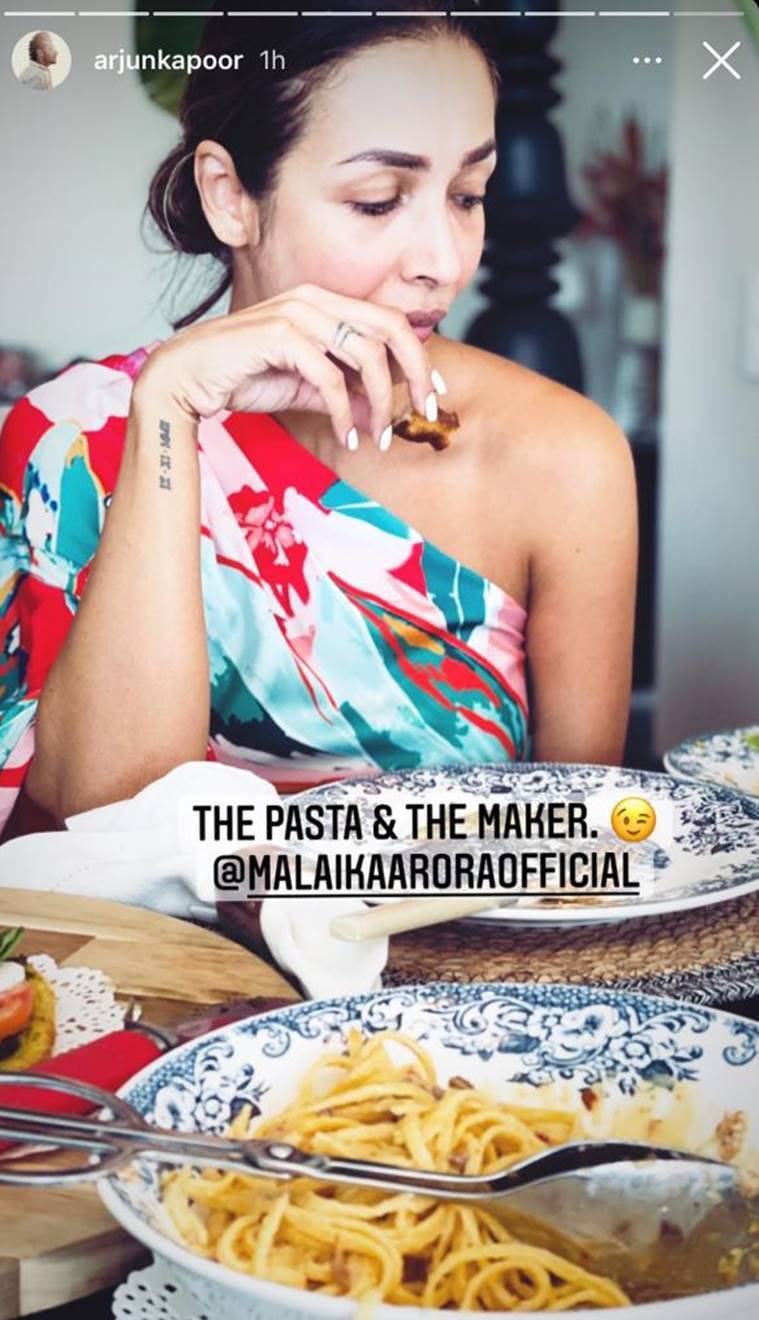 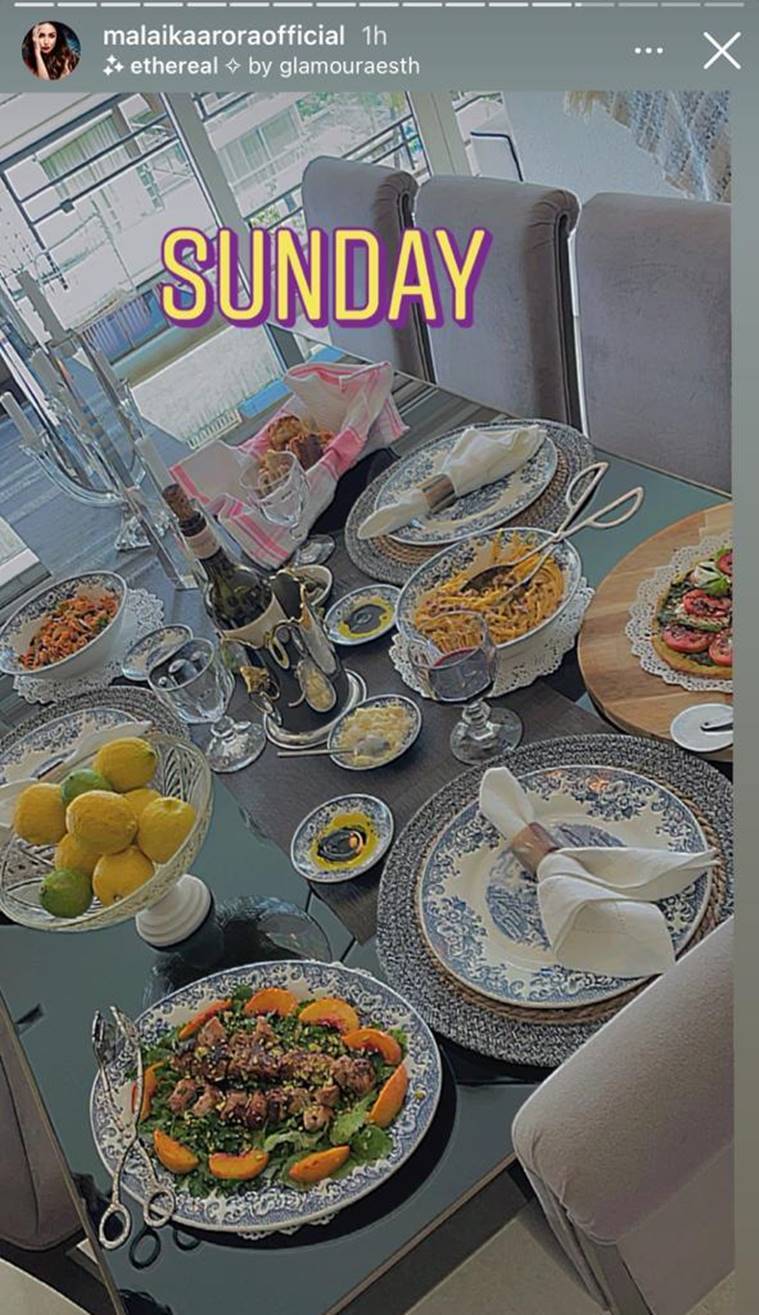 Malaika and Arjun often take pictures for their fans. On his birthday in June, Arjun shared a photo with a long note. He concluded the article with praise of Malaika. He wrote that the actor “makes me look good.”

“Was caught lost in thought at the birthday lunch…
What a difference a year makes…A year ago I was deflated, tired & confused, today I sit ready with new energy, vigor & determination to face any curveball life throws my way… I just want to acknowledge all those close to me who have believed in me, supported me & cared for me. My workmates, fans, friends, family & my baby thank u for standing by my side. Photo credit – @malaikaaroraofficial (she makes me look good)” he wrote. 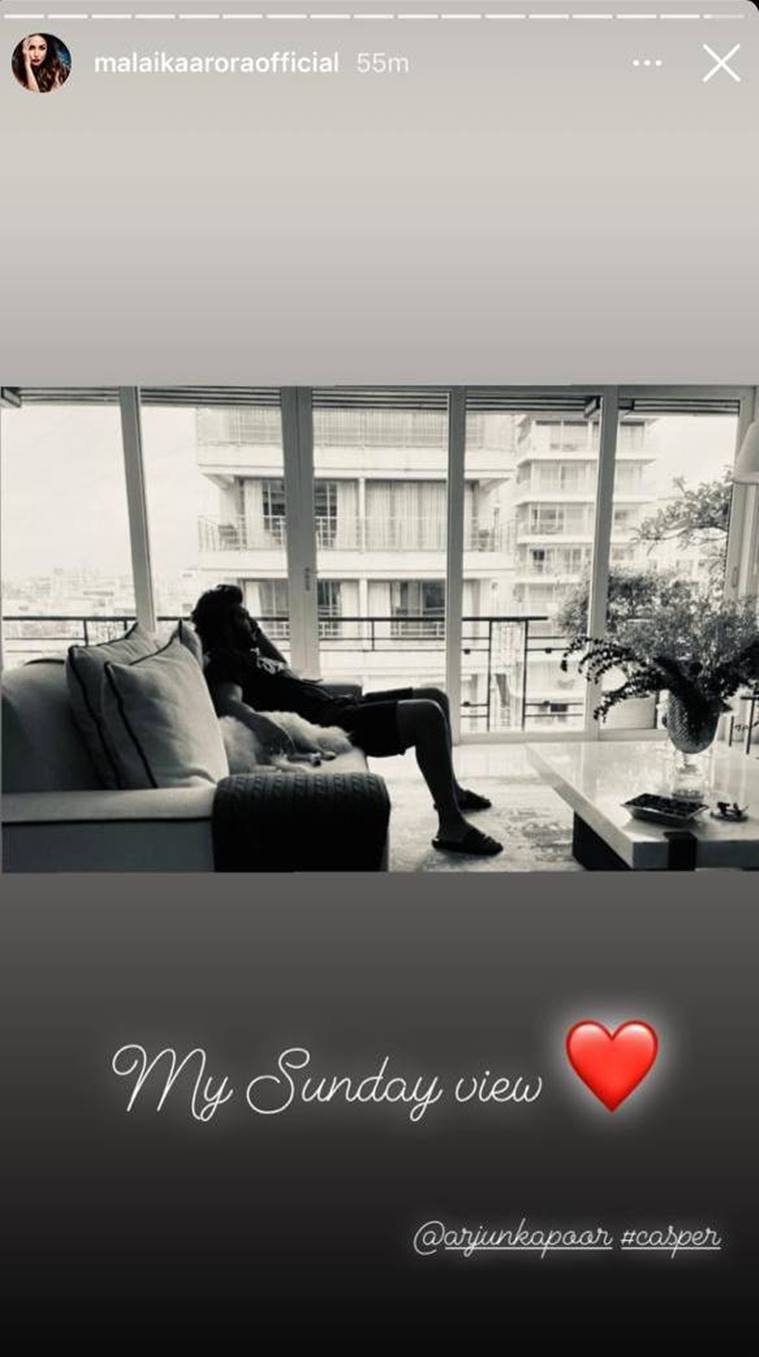 “I don’t try and be overly talkative about my personal life, because I feel you should respect your partner, and there is a past there… And I’ve been in that situation where I’ve seen things pan out publicly and it’s not always very nice, because there are kids affected,” Arjun Kapoor told Film Companion.

On the work front, Arjun will be seen in Bhoot Police and Ek Villain.