Riddhima Kapoor Sahni is the only daughter of late Rishi Kapoor and Neetu Kapoor and sister of the most dashing star in Bollywood, Ranbir Kapoor. Riddhima unlike her family chose a different path in her career and became a jewelry designer instead of an actor.  Mostly away from the limelight, Riddhima Kapoor Sahni recently made her debut appearance on national television as she came on the famous comedy show The Kapil Sharma Show with her mother Neetu Kapoor. 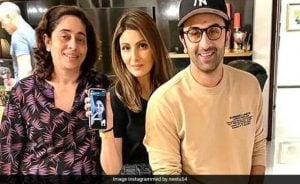 While sharing some anecdotes, Riddhima told a funny story about her daughter Samara and revealed that she once wanted to leak Ranbir Kapoor’s phone number amongst the girls in her school. Kapil Sharma who is the host of the show asked Riddhima if ever any of her friends have asked her to share her brother’s Ranbir Kapoor’s number. To this Riddhima said that not to her but her daughter once wanted to leak the number of the star to all the girls in school to win an election. 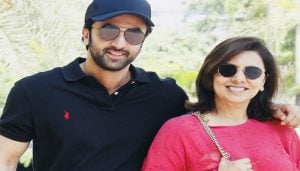 Friends nahi, beti ne kaha tha. Beti ko captain banna tha school mein. Bolti hai. ‘Ranbir ka number leak karwa doon girls ko? Mujhe votes mil jayenge’ (Not my friends, but my daughter. She wanted to be a captain in her school and there were elections. She asked, ‘Can I leak Ranbir’s phone number to the girls? I will get a lot of votes)’,” Riddhima told and revealed that she refused to it.