Ajay Devgn Shares First Look Of His Character From Gangubai Kathiawadi: Deets Inside!!

The movie Gangubai Kathiawadi features Alia Bhatt in lead role. The movie’s trailer is set to release on 4th February. The post shared by Ajay regarding his look showed the actor posing by a car in white pants and a shirt with a blazer. The actor is also wearing a cap and sunglasses. 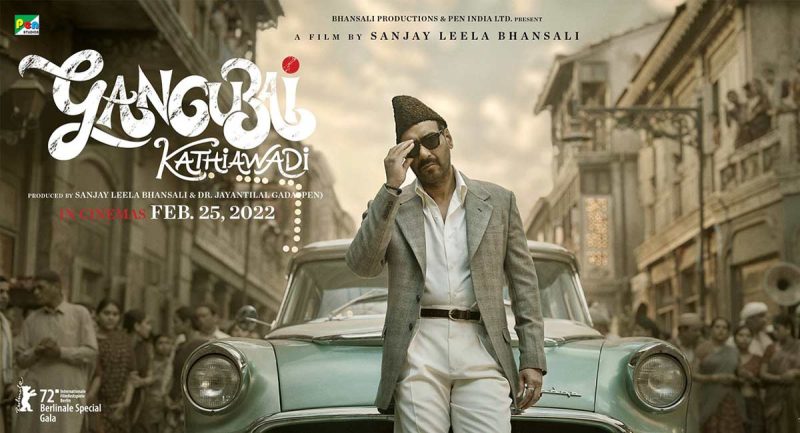 Earlier, Ajay Devgn had worked with Sanjay Leela Bhansali in the movie titled “Hum Dil De Chuke Sanam”. The movie was released in 1998. Besides, Ajay Devgn Aishwarya Rai Bachchan and Salman Khan played the lead role in the movie.

Gangubai Kathiawadi marks Alia’s second film with Ajay. Both the actors have worked in SS Rajamouli’s RRR. The movie Gangubai Kathiawadi is set during 1960s and is based upon Hussain Zaidi’s book, Mafia Queens of Mumbai. This movie marks Ajay’s reunion with Sanjay Leela Bhansali after two decades.

The movie had ended its shooting in June 2021. Talking about the movie, Alia Bhatt wrote on Instagram that the movie has been through lockdowns, two cyclones. Moreover, the director and actor of the movie got Covid infected at some point of the making!!! the issues the set has confronted is some other movie altogether! But through all that and more, what she understands is the gigantic life changing experience.

The 2 States actor further wrote, “Being directed by sir has been a dream all my life, but I don’t think anything would have prepared me for the journey I was on for these two years.. I walk out of this set a diff person today! I love you sir! Thank you for being you .. there is truly NO ONE like you.”