Ranbir Kapoor is undoubtedly the most talented actor in the Bollywood industry. over the years, the actor has proved his mettle in acting with his brilliant performances. Ranbir had made his debut with Sanjay Leela Bhansali’s Sawariyaan which didn’t do good at the box office but made his entry to the entertainment world. 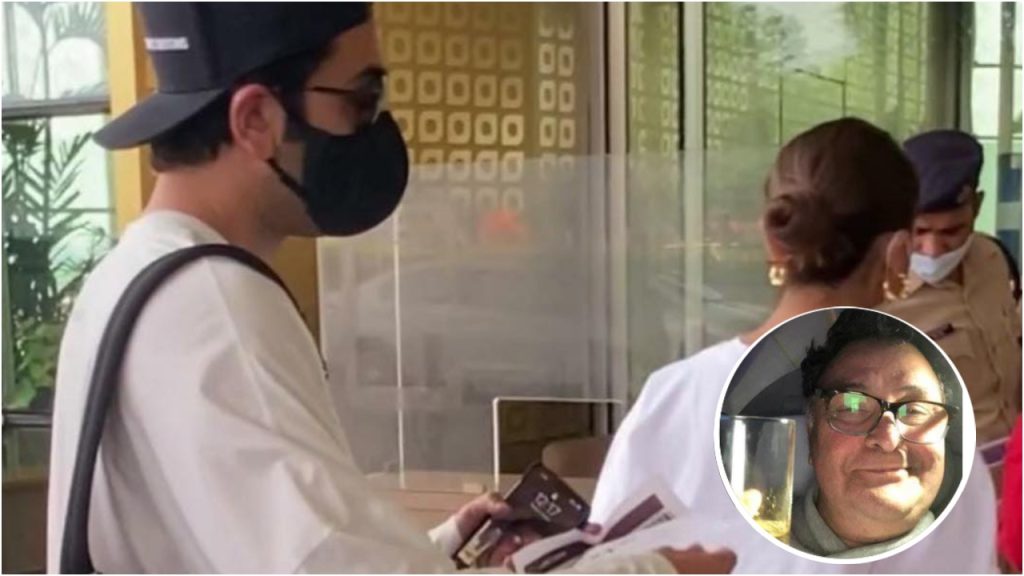 Today, Ranbir has become one of the highest-paid actors and bankable as well. the star doesn’t enjoy much attention and hence doesn’t have an account on social media. However, if reports are to be believed, Ranbir has a secret account through which he keeps a tab on the latest happening in the industry.

Recently the actor was spotted with his girlfriend and great actress Alia Bhatt at the airport. The duo were looking stunning while they were twinning in white outfits. In a video uploaded by the paparazzi, Ranbir could be heard saying, ‘hum slowly slowly chalet hain, chalte chalete photo ache aate hain’.

The response of the actor left everyone laughing and netizens called the response hilarious. But, there was yet another thing that captured the attention of the netizen. It was Ranbir Kapoor’s wallpaper which had his late father Rishi Kapoor on it.

As the couple was making their way inside the airport the shutterbugs captured the actor’s phone wallpaper. “ye toh Rishi Sir hain, we miss him so much,” wrote one user. “ranbir ne father ki pic wallpaper pe lagayi hai this so adorable,” wrote another user.

On the work front, Ranbir Kapoor is busy shooting for his upcoming film with Shraddha Kapoor. The film will be directed by Luv Ranjan.