Entertainment queen Rakhi Sawant is on cloud nine to introduce her businessman Husband Ritesh to the world. The actress gave a pleasant surprise to the audience after she welcomed Ritesh to Bigg Boss house. The viewers of the show first time saw Rakhi’s husband on national television as she entered the house along with wildcard entries Devoleena Bhattacharjee and Rashami Desai. 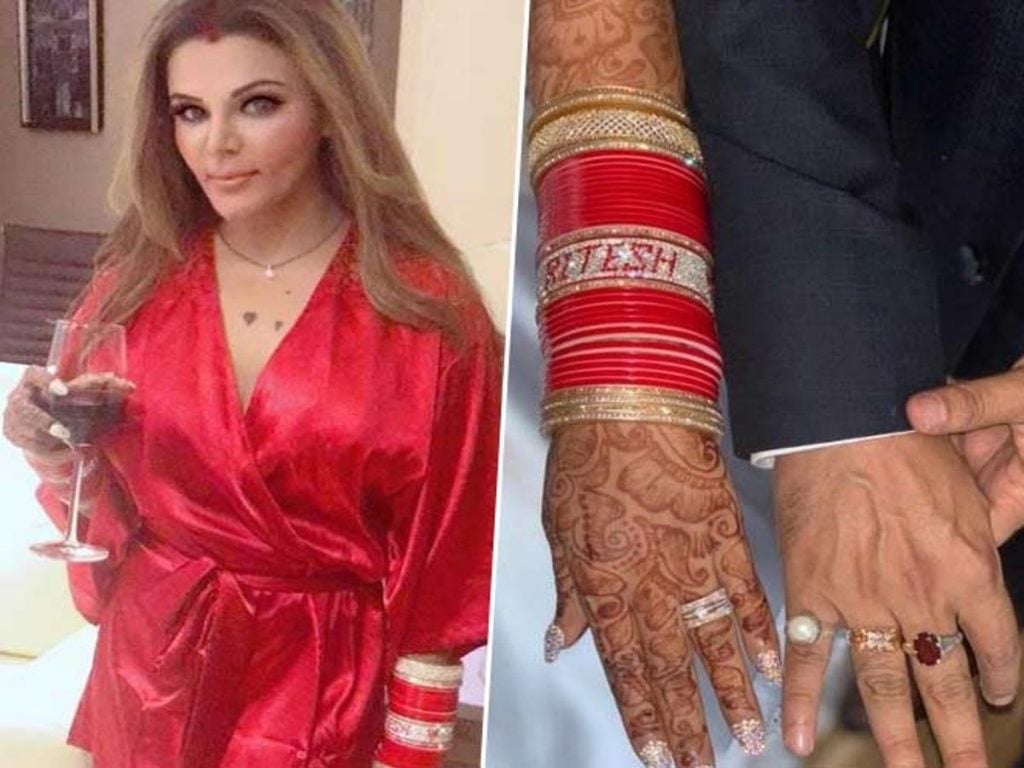 Rakhi entered the house in all traditional outfit in which the actress looked drop dead gorgeous. Rakhi performed an aarti  and later danced on ‘Mere Piya Ghar Aaye’ to welcome her husband Ritesh inside the Bigg Boss 15 house.

In the promo video, Rakhi is seen dancing on ‘Mera Piya Ghar Aaya O Ram ji’. The main door of the house opens and Rakhi’s mysterious husband walks inside BB house wearing a sehra. Rakhi then does his aarti and touches his feet. While everyone awaits Ritesh’s appearance in tonight’s episode, his photo from the Live feed, has gone viral on the internet. In the picture, he is seen walking in the house in a red shirt, shorts, and a black jacket. Some are even calling that it is a fake photo, a few call Ritesh a ‘fake husband’.

Earlier, Rakhi in an interview stated that people have called her a liar and have accused her about framing marriage for publicity. “People didn’t believe me at all when I said that I was married to a businessman named Ritesh. People called me a liar and said I was doing it for publicity. They refused to believe me because I did not have any pictures or videos to show or because I didn’t invite anyone for my wedding.”