Priyanka Chopra flaunts her mangal-sutra look, for the Vouge…! 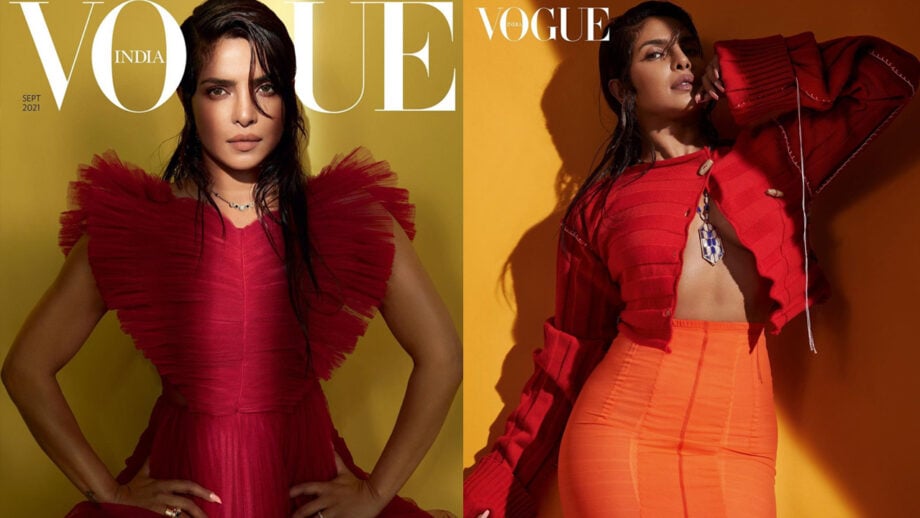 Talking about the cover and her mangalsutra, Priyanka shared on her Instagram, “My first Vogue India cover was 15 years ago… I was one of their first cover stars. Now with my 11th @vogueindia cover, and with my new relationship as Bvlgari’s Global Ambassador, this collab seems so perfect. This is a relationship that has been many years in the making, and is one that brings me such joy for so many reasons…one of which is the Mangalsutra (coming soon) that we created. Discussing with @jc.babin, @lucia_silvestri, and the @bulgari team almost 3 years ago and seeing it come to fruition is such a great feeling – it’s so elegant and chic, designed for the modern Indian woman who takes charge of her own life. I’m so proud of this partnership. ❤️.”

In the same interview with Vogue India, Priyanka also talked about how she always imagined herself as the Ambassador of India. Talking about his experience growing up in an American school, the world-famous idol admitted that he was asked “stupid questions about his country— “‘Do you ride elephants and cows to school?’ They couldn’t believe that we had cars. I was so mad. I had a project coming up for my final grade and I went home and stayed up all night. I printed out images of modern India: of Mumbai, technology, and all of the cool stuff we have. I remember I got an A on that presentation. I’ve always felt like I’m an ambassador for India. It’s something I’ll continue doing as long as I can.”

On the labor front, Priyanka Chopra Jonas is busy with many projects in the pipeline. The actress recently starred in the series Citadel of the Russo Brothers on Amazon. Priyanka also has the romance drama Text For You, The Matrix 4, and the recently announced Bollywood film Jee Le Zaraa about her pipeline.