Bollywood Actress Preity Zinta and husband Gene Goodenough are overjoyed as the couple welcomes their twin babies via surrogacy. The couple tied the knot in the year 2016 and since then the duo keeps sharing adorable pictures of their bond on social media. While taking their relationship a step further and becoming parents, Preity Zinta took to her Instagram handle to announce the news. 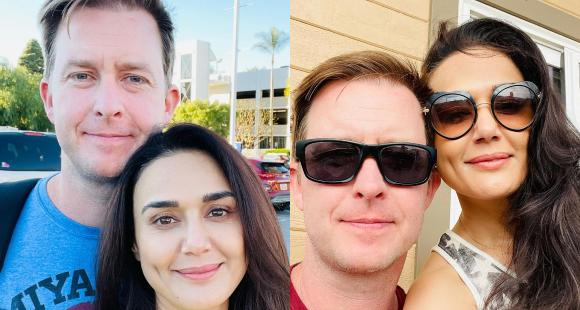 Preity posted a happy photo with her hubby and penned a long note. Stating that she and Gene are overjoyed, the actress shared that they have named their babies – Jai and Gia. “We are very excited about this new phase in our lives. A heartfelt thank you to the doctors, nurses and to our surrogate for being part of this incredible journey. Loads of love and light – Gene, Preity, Jai & Gia,” the actress added further.

Preity is not the only celebrity who has chosen the path of surrogacy. Many other celebs including Karan Johar, Ekta Kapoor and Sunny Leone have welcomed kids via this method.

On the work front, Preity has been a part of the Hindi film industry for decades now. She made her Bollywood debut in 1998 with the movie Dil Se… Her last big-screen outing was in 2018 but she is reported to star in Ranveer Singh and Alia Bhatt-starrer Rocky Aur Rani Ki Prem Kahani, which is being helmed by Karan Johar and produced by Dharma Productions.